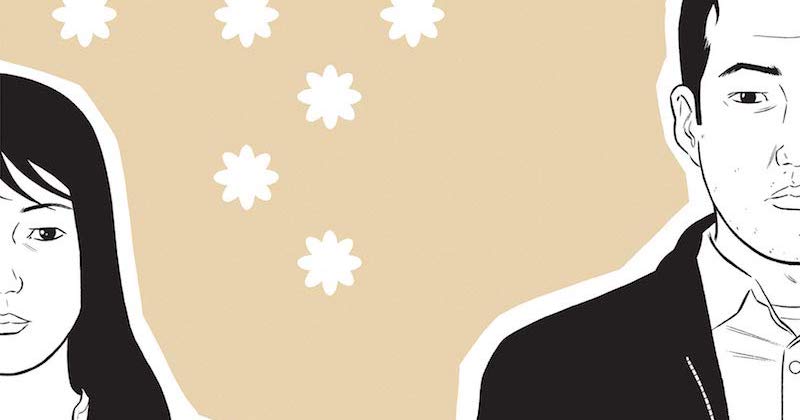 The year from hell has turned out to be a hell of a year for Eisner Award-winning cartoonist and New Yorker illustrator Adrian Tomine.

First, his graphic memoir, The Loneliness of the Long-Distance Cartoonist, got a pretty rapturous critical reception upon its release back in June. Then, three months later, it was announced that the Palme d’Or winning director of Rust and Bone and The Sisters Brothers, Jacques Audiard, was shooting an adaptation of a story from Tomine’s 2015 story collection Killing and Dying. After that came the release of this December 2020 New Yorker cover, perhaps the most iconic of the COVID-era covers so far.

As if all that wasn’t enough, today brings the news that Randall Park will make his directorial debut with an adaptation of Tomine’s 2007 graphic novel Shortcomings.

The Fresh Off the Boat and Wandavision star has signed on to direct Tomine’s own adaptation of the story, which focuses on a flawed but well-meaning movie theater owner, Ben Tanaka, who is grappling with the implications of race and culture on the dating scene.

“In these characters, I see versions of Asian Americans in my own life—the ones I love and the ones I just kind of tolerate,” Park said in a statement.

No word yet on casting, but expect Park’s Shortcomings to be one of the indies to look out for in 2022.