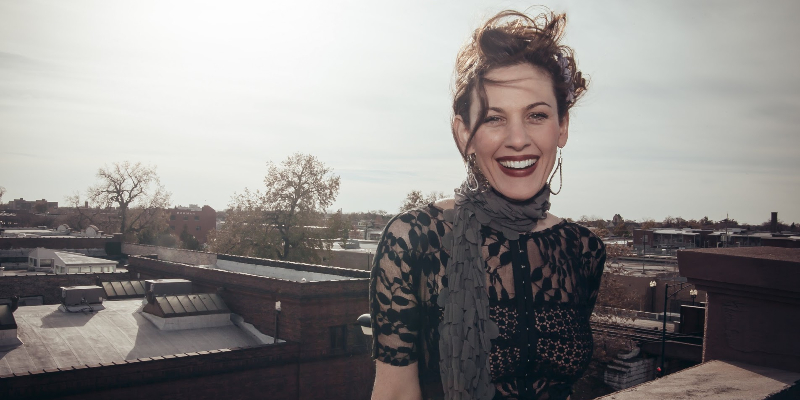 Novelist, poet, and memoirist Rachel DeWoskin joins Fiction/Non/Fiction hosts V.V. Ganeshananthan and Whitney Terrell to discuss her work on the Writers for Democratic Action’s National Steering Committee. She explains how the group is partnering with libraries and bookstores across the nation to register voters and connect them with crucial information in the run-up to midterm elections, an effort called Book the Vote. She also reads from her novel, Banshee.

V.V. Ganeshananthan: When you go to get your driver’s license, no one is like, would you also like to get your library card?

Rachel DeWoskin: We should do that.

VVG: I actually kind of think that we should. I also was just realizing how separate the bureaucracy… My county office might as well be my library. Just this weekend actually, I officiated the wedding of two of my former students. And so I had to go…

Whitney Terrell: Way to sneak that one in, Sugi.

VVG: It was amazing. And I had to go to the county office and…

WT: She thinks she’s pretty cool for having permission to marry people now. That’s her thing.

VVG: I’m the captain of the ship! But the county office is terrifying. You get a number, you get a ticket like you’re at the deli counter, and you’re like B72. And you look up at the screen, and they’re on like Q49, and the next number is not sequential. And you’re like, I’m never gonna get out of here, I’m in an endless queue. And they want you to feel that way. The library on the other hand…

In a lot of communities, including mine, is a refuge for people who are housing insecure, who don’t have access to technology. It’s a safe space. And it just seems like the exact opposite of the way that all those voter suppression efforts are going. I know that you have also been working, particularly with a student organization, to register younger voters. I was reading about efforts in school libraries and at universities, because the voting population is still older and wealthier and has more education, and so a lot of the effort is targeted at young people. How is that going?

RD: I think it’s going beautifully. We don’t have a metric for measuring how many individual people we’ve signed up to vote. But there’s an enormous amount of momentum for this project. We have hundreds of partner organizations now, and as of an hour ago, 160 Book The Vote bookstore partners in 40 states. And you know, young people really, really care about this terrible situation that we’re in, and they’re aware of it. They seem to me educated, well read. In some cases, they feel powerless. And this effort, like so many efforts, is a way to re-empower people, to remind kids that actually, some of these local elections are won and lost by a matter of a thousand votes.

And so it matters enormously to get people out to vote in the midterm elections. And I’ve actually found it really reassuring, my work for Writers for Democratic Action, both in Michigan and in the National Committee, because people care deeply about what happens to democracy. A lot of people who are both very literary and very civic-minded are focused on this and not sure how to help. And so one of the ways that we’re helping is by being almost a clearinghouse online.

We say: Come to our website, sign up, and figure out small ways to plug in in your own home state or your home community. Go to your local library and help them print out some Book The Vote pieces of paper or help them print out voter registration forms. And these are small ways which actually have huge impacts if everybody contributes… like democracy. All of it’s always symbolic of the larger question.

WT: I have a question about that larger issue. I was born in the late ’60s, so I was young when the Bicentennial happened, which was a period of almost unreflexive patriotism, although there were plenty of things wrong with the country in 1976. And a lot of my life has been about learning to wean ourselves off of the reflexive patriotism of 1976. When I say we, I’m talking about myself as a white resident of the city who was not brought up to think about the issues that we often discuss on this podcast, like immigration, like race relations, fairness and equity, the way that women are discriminated against in this society.

o there are all these issues, but we often—and I’m talking about this podcast—even we are focused on the things that are wrong with democracy. But when you’re trying to get people to vote, and Sugi and I quoted at the beginning of the show that the Census Bureau says that most people don’t vote because they’re not interested in the election. They don’t like the candidates. Is there a part of the role that writers can have in this, in telling people why democracy is good? Along with what’s wrong with our democracy? Is it necessary to have good stories about democracy that we’re telling to people?

RD: I don’t think that it’s the domain of creative writers to answer questions, exactly. I think that role is best left to the propagandists. Let me answer this in a slightly poetic or personal way. I spent my 20s in Beijing. I was, as you mentioned in your very generous intro, the star of a Chinese soap opera about foreigners falling in love with China by way of Chinese men. I spent a lot of time thinking about information and patriotism and how information is conveyed and also propaganda.

And it came to me, living in China as a young person, that propaganda is not in fact about persuading people of your idea or your point. It’s really more of a dare. How outrageous a line can officialdom propose? And what are you going to do about it? So when I later came to be a writer, I moved back to the United States because of the poet Robert Pinsky. This ties to the question of democracy and writers and what our job can be. And I thought that Robert Pinsky, whose career I was able to see from Beijing, was democratic and was patriotic in his poetry by way of a deep intellectual commitment to freedom and to wonder.

And for me, the engine of creative writing is actually wonder. It’s a way of asking questions in as many and as kaleidoscopic and nuanced a way as possible, which is the opposite of answering questions. And this is not to say that I’m a moral relativist, but it’s to say that I think what writers do is, we ask the questions, and we reframe them in ways that are complex and that allow for analysis and deep and profound thought. And I think those questions are often the same questions that we might want to be asking about history and democracy. What just happened? What’s happening? What happens next?

VVG: Have you staffed one of these tables?

RD: I’m not physically in Michigan. I live in Chicago. I’m from Michigan, and I love Michigan. And happily, it turns out in Michigan, it’s very easy to register to vote, and you just need to go to the Secretary of State website. So we don’t actually have all of our tables there staffed. They have I Read and Write for Democracy signs, you can take a democracy shelfie at our tables, you can read democracy books by people like Margaret Atwood, Ta-Nehisi Coates, Paul Auster, Representative Raskin, Ada Limón, our new poet laureate. We have a Democracy Book Club, and we offer a lot of views on democracy and a lot of views on the world: migration, racial justice, gender issues, and you can sign up to vote.

In Texas, we have volunteers staffing those tables. And it’s more complicated in certain states to register. On our website, WritersforDemocraticAction.org, we have links to each of our state committees and pages, and you can go and find out how to register to vote in each of those states. In many cases, you can just do it online via our website. And in some cases, you can go to your local library or your local partner bookstore and do it there and have a cup of coffee and talk about books and hopefully buy a book from your local indie.

RD: We have many different conversations happening. Again, it’s a kaleidoscopic look at America and at the world in a larger way. It’s a kaleidoscopic look at America and global politics and where we fit in. We’re trying not to be myopic in our conversation about democracy. And you know, America is obviously tied to every other place, and so we’re aware of that issue as well. In Michigan, we have four upcoming events for National Voter Registration Day happening on the 20th. These are happening across the United States. I happen to be chairing the Michigan committee, so I know all of the details of those events. They’re very various.

We have Peter Ho Davies in conversation with Charlie Baxter and Jacinda Townsend, we have Kiley Reid reading in Detroit at the Room Project in conversation with me. I will be in Detroit on the 20th for that event. And we have events happening in Grand Rapids, happening in Chelsea, happening in Ann Arbor, and happening in Detroit. And of course, the people we invite come from all walks of life and have all sorts of positions on these issues. And that’s true of our Democracy Book Club as well. So our first Democracy Book Club interview was between Paul Auster and Jamie Raskin, Representative Raskin, both very civic-minded and very literary, very forward-thinking guys. I just interviewed Ada Limón, our new poet laureate, last Sunday. She’s also extremely generous and very insightful about the intersections between poetry and democracy. In two weeks, I’m interviewing Margaret Atwood about her new collection, Burning Questions, which is about democracy and authoritarianism and how the world works and doesn’t work and what questions we might, as creative writers, be asking. 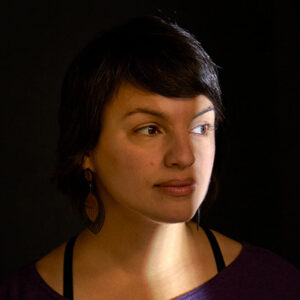 “I get so upset during conversations about politics with certain family members, I feel like my body’s on the verge of explosion,...
© LitHub
Back to top