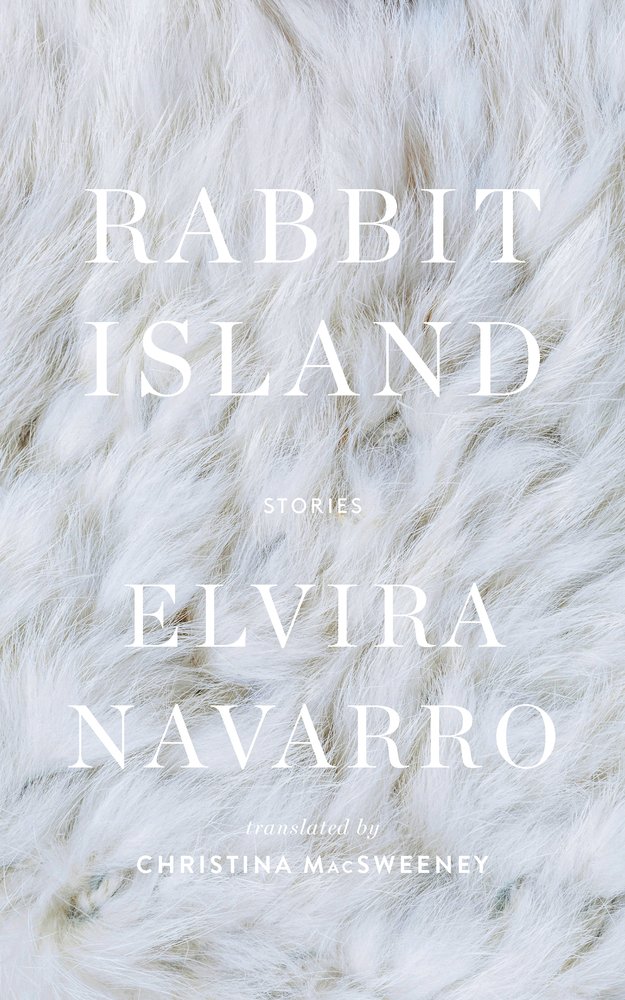 The following is excerpted from Elvira Navarro's short story collection, Rabbit Island, translated by Christina MacSweeney. Navarro's second book, La ciudad feliz, was awarded the 25th Jaén Fiction Award and the Tormenta Award for best new author. She was named one of Granta's top 22 Spanish writers under the age of 35. MacSweeney received the 2016 Valle Inclan prize for her translation of Valeria Luiselli's The Story of My Teeth. She is currently working on a second novel by Daniel Saldaña París.

She compares the ferry to a spacecraft, and thinks that the windows are similar to the compound eyes of certain insects. Then she sees the as-yet nameless character walking along the deck, saying just that. The character is a woman, and she exudes an air of measured, rational, calming coldness. She’s speculating on what she observes, which is also cold: dirty, white material; a slight odor of damp earth, sweat, french fries, and fish.

It’s going to be a third person narrative, as though she were a stranger to herself. She wants to enter this aura of serene iciness she has just imagined, which is also the tone she wants for her text. That seems the best way to try out her new brain, to anticipate what’s going to happen.

But feeling a little pessimistic, she seeks conversation.

As she approaches an elderly couple, she doesn’t attempt to control the trembling of her lower lip. She suspects they have noticed the paw hanging from her earlobe. Then she goes to the café. Beside her is a very pale, potbellied man of around forty, and she feels the urge to tell him everything. She ties back her hair into a ponytail and glances between the bottles behind the counter at the mirror: her left ear is higher than the right. The man doesn’t notice, even though the difference is obvious. The ear feels heavy, and it’s been getting increasingly red over the last few hours.

She remembers that she visited the city of T a year earlier. The guide showed them around the cathedral and they went to the seafront. The light was soft, filtering through the mist. It must have been early afternoon, and although spring had hardly shown its face yet, it felt as though there were a scorching hot summer to come.

The guide led them to the southern end of the city wall, by the beach. She noted some foreign tourists walking into the sea, still taking swigs from their cans of beer. Others had climbed onto the rocks of the breakwater that formed a path to a small island with an ochre fortress; the horizontal structure looked like a heap of earth floating on the ocean. But what she saw wasn’t a military installation or a clod of earth, but an excrescence sprouting from the city.

As she approaches an elderly couple, she doesn’t attempt to control the trembling of her lower lip.

Finally, she disembarks. Rain has been falling through the whole crossing. It takes her an hour to get through customs; the cabs are mostly old Mercedes that smell of musty leather. She walks through the medina quarter, up the narrow streets that remind her of canyons. She’s booked a room in a hotel that had its heyday more than a century before. It feels as though night is about fall, because angry gray clouds are crowding the sky, but in fact it’s only three in the afternoon.

She crosses a terrace overlooking the bay. The desk clerk stares at her ear, and when he speaks there’s mockery in his voice.

The hotel is in shadows. Her room has two beds, shabby blankets, wall hangings that look like they’ve been hanging on the walls since 1870, when the hotel was built. Only the bathroom is new.

She attempts to write her story but gets no further than making a few scant notes. She numbers them. When the storm has passed, she leaves the hotel and goes into the souq, where she sees groups of women. Shopkeepers are offering them chickens, beans, onions. The carcasses of lambs, slashed from sternum to pelvis, spread the sour smell of blood over the dirty, greasy sidewalk, littered with disgarded vegetable leaves and offal.

She reaches the area where fabrics and argan oil are sold and decides to buy a hijab. In one of the stores she enters, countertop figures without breasts or facial features dominate the otherwise plain interior: half-finished mannequins wearing colorful headscarves.

She wants a black hijab. “You’re married to a Muslim,” says the man. It’s a statement not a question. “I’m a Berber,” he adds. She doesn’t answer, just tries to put on the hijab standing in front of the Berber, who by now has noticed her ear. The man jokes with a soap vendor across the street; she can’t work out how to wear the hijab and leaves the store without haggling over the price.

Back in the hotel, she mulls over how to fictionalize what has happened. She wants to leave an explanation, a trace of her process. But why? Aren’t the words themselves enough? She finds it difficult to hold her pencil, as if, instead of her hand, it’s the paw hanging from her ear that is attempting to write. It’s all happening too quickly.

That night, looking out over the bay, she’s surprised at how unmoved she is by the sight of the distant lights on the other shore, crystal clear after the fury of the storm. She feels nothing, not even the fear that might be expected given the uncertainty of the coming days or months. She has no idea how long her transformation will last. But what most astonishes her is that, even when she thinks about the people closest to her, it’s as though they belong in the memory of another person.

She wants a black hijab. “You’re married to a Muslim,” says the man. It’s a statement not a question.

She wakes at eleven the following morning and notes that her ear feels heavy and painful; when she moves, she hears a squeaking noise. Repulsion is immediately displaced by the absolute precision of the things around her, which seem shinier than before and have a coarse, mobile texture that made her think they were covered in a layer of multicolored insects. The chair smells different from the tapestries on the wall. She identifies: dust, cat hair, ebony, tamarisk, dandruff, opium, and strychnine.

The paw is now hanging below her breast. It’s larger than the span of a hand now and has sprouted toes with small mouths. The toes flex like spiders’ legs. When she sits at the desk, before her scant, numbered notes, the toes pick up her pen. The extremity squeaks; it’s covered in a viscous varnish. She doesn’t dare touch it. Her earlobe is red; blood is accumulating in the capillaries. She watches her new extremity move toward the scribbled writing on one side of her notes, a ballpoint pen between its toes. It adds to the scribbles. She attempts to make out what it’s writing with so much concentration and at such a furious pace, but when she tugs away the pen, the paw tugs back. It resists even more strongly when she ties it to her hair with elastic bands. The moaning of the toes changes to frantic mutterings and the extremity kicks out rather unconvincingly at her shoulder. Then it calms and she feels its relaxation spilling down her side. What would happen if she cut it off?

She checks her cellphone. Why not call her mother and tell her what is happening? What use are these incomprehensible, numbered notes? She imagines a now huge paw creeping to the post office and putting them in an envelope. And her mother, dark circles under her eyes, trying to read those notes, doubly unintelligible due to the additional scrawls of the paw.

She goes back to the desk. The flowers and geometrical motifs of the hangings covering the walls are hypnotic. They seem to move, although in fact it’s mites crawling through the threads of the old, moth-eaten fabric. She hears that mute army, distinguishes the nuances of its movements. The mites jump, stop, scuttle through the fine strands like tiny rats, like fleas through long hair. Seventy, eighty, a hundred years of dust has accumulated in those hangings, which to her eyes don’t look faded now. There are also microscopic particles that were once desert sand. Something so old that it can no longer be named pulses within the weaves.

The next day the paw is ten centimeters longer. Since it’s impossible to tie it back, she decides to return to the headscarf store. Outside, the world radiates light. The paw swings back and forth, as if it too is enjoying the bright, cheerful morning, and passersby stare at the bulge wrapped in something that is neither Western nor Arab clothing.

Why not call her mother and tell her what is happening? What use are these incomprehensible, numbered notes?

“I’d like three hijabs,” she says in bad French.

The mannequins are more real than the vendor. She doesn’t hide the paw from him; his face pales as he watches it timidly reaching out its three toes toward him. He runs screaming out of the store. She races after him; her intention is not to frighten him, but to pay for the hijabs, although halfway into her flight she forgets the reason for the pursuit. All of a sudden the man seems like her prey. He’s thin, like a greyhound. But she can run faster.

Excerpted from Rabbit Island by Elvira Navarro, translated by Christina Macsweeney. Excerpted with the permission of Two Lines Press.

Leave No Trace: Can We Ever Enjoy the Wilderness Without Destroying It? 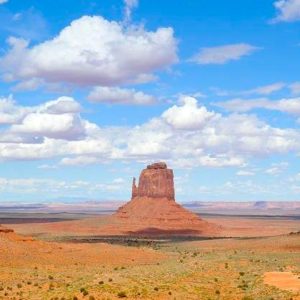 Leave No Trace: Can We Ever Enjoy the Wilderness Without Destroying It? From a helicopter flying over a remote canyon in southeast Utah, a group of wildlife biologists spotted a curious inorganic...
© LitHub
Back to top