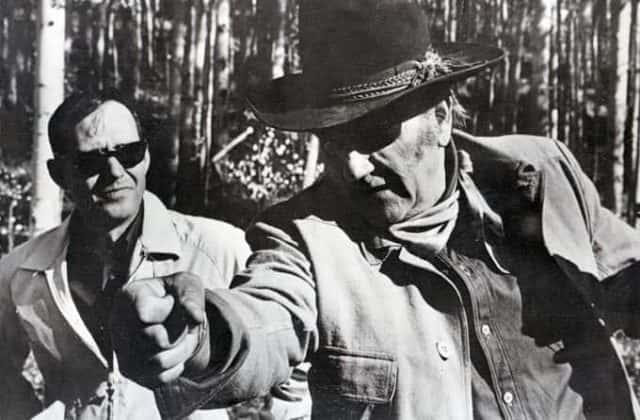 I am ready. I have repented my sins and soon I will be in heaven with Christ my savior. Now I must die like a man.

Charles Portis, the reclusive one-time newspaperman and author of True Grit, whom literary critic Ron Rosenbaum once called America’s “least-known great writer,” and who could write the hell out of a first paragraph, died yesterday at the age of 86.

Portis—who worked as a mechanic before joining the Marines at the tender age of 18 and serving in the Korean War—received a degree in journalism from the University of Arkansas in 1958 and went on to cover some of the most significant stories of the early 1960s for The New York Herald Tribune, including the civil rights movement in the South, the jailing of the Rev. Dr. Martin Luther King Jr. in Georgia, and Gov. George C. Wallace’s attempt to stop the desegregation of the University of Alabama.

A fast-rising star in his field, Portis was assigned to the position of London Bureau Chief for the Herald Tribune but served for only a year before deciding to turn his attention full time to fiction. Much to the astonishment of New York media peers like Tom Wolfe and Nora Ephron, Portis declared that he was done with his promising journalism career, and would instead be retreating to a fishing shack in his native Arkansas to write novels.

“You’re crazy,” someone (probably) told him. “Novel-writin’ is for the birds.”

“I’ll show you. I’ll show all of you!” Portis (maybe) replied before slamming shut his cardboard suitcase and heading west.

And show them Portis did, because four years later he published True Grit, the now-iconic tale of Mattie Ross, a headstrong young woman in the Old West who hires cantankerous federal marshal Rooster Cogburn to help her hunt down the scoundrel who murdered her pa.

The book was an instant bestseller, acclaimed for its heart and deadpan humor, and within a year was adapted into a feature film starring John Wayne, who won an Oscar for his portrayal of the irascible one-eyed marshal.

Portis would go on to write three more celebrated novels—The Dog of the South (1979), Masters of Atlantis (1985) and Gringos (1991)—all of which featured loveably eccentric characters embarking on mad-cap adventures, and live long enough to see his most famous creation reimagined successfully once again, this time in the form of Jeff Bridges who played Cogburn in the Coen brothers-directed 2010 version of True Grit.

“Mr. Portis evokes an eccentric, absurd world with a completely straight face,” Charles McGrath wrote in The New York Times in 2010. “The trick of his books,” he continued, is that “they pretend to be serious.”

Portis always bristled at the term “recluse,” arguing that, if anyone was so inclined, his name could found in the Little Rock phonebook, which, fair enough. He did spend pretty much the entirety of his professional life declining interview requests and dodging photographers a public gatherings, though, so it wasn’t an entirely unearned moniker.

Recluse or not, one thing is for certain: Portis was a writer who lived his life on entirely his own terms and in the process created some of the most indelible characters in modern American fiction. We shall not see his like again.