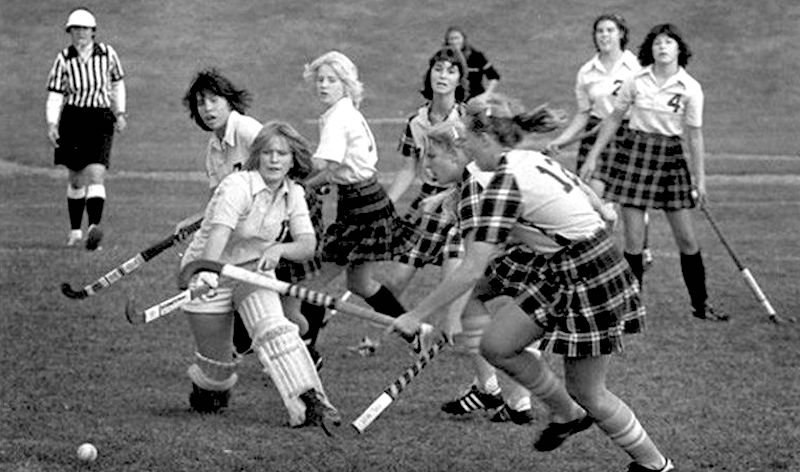 This week on The Maris Review, Quan Barry joins Maris Kreizman to discuss her latest novel, We Ride Upon Sticks, out now from Pantheon.

On how her latest book is like a green smoothie:

Quan Barry: When I think of the book, my joke is that I think of it as being like a green smoothie. If you make your smoothie right, you can have kale in there. You can have spinach in there. But hopefully you don’t taste those things. You have the pineapple and the lemon in the apple in general. So this book, it does have a lot of social commentary about the 80s because people now, we only think of the good things, but obviously there are a lot of bad things about the 80s as well. Hopefully by using humor and those sorts of things, it allows me to look at the bad sides of the 80s. The homophobia that we all sort of took for granted. The subtle racism in movies. So it allowed me to to go there and to think about those kinds of things. In hindsight, we still have a long way to go, but the world has changed in positive ways.

Quan Barry: I also think of it, too, in terms of just sports and fanaticism in a kind of way. There’s something about when you put on a jersey, it’s an identity. You become that thing, for good or for bad. Obviously, we see in professional sports ways in which fans sometimes go nuts in bad ways. The team becomes this idea of a coven and in certain kinds of ways, obviously, and we find strength in teams and we find strength in communities. I was interested in exploring both sides of that, like the positives of belonging to a quote unquote tribe and the negative things about them.

On bringing the Salem Witch Trials to modern day:

Quan Barry: Thinking about the idea of witchcraft. I have to admit I didn’t necessarily research it. I know a little bit about the history of witch hunts in Europe, like thousands of people, both men and women, but predominantly women. It’s the idea that witchcraft through the ages has always been seen as a tool of female empowerment. It’s just that many hundreds of years ago, female empowerment was a bad thing, and it needed to be suppressed: women who stood out for whatever reason… maybe they weren’t mothers and maybe they were too strong or maybe they didn’t fit into traditional notions of what being a woman was.

Interestingly, one of the first women hanged in Salem was this woman named Bridget Bishop and she was a tavern owner. From what I know, she’d actually been accused of witchcraft before, but somehow it never came to anything. But this time around, it actually had legs. One of the things that was written up against her was that she liked to wear red. And again, she actually was hanged. To me, the aspect of witchcraft in this book is the idea of empowerment. I think about the girls 300 years ago in Salem Village, they didn’t have that many options available to them. They were living in a time when a woman could be hanged because she wore red. So I was interested in what happens if you take those same girls 300 years later in a very different world. What kinds of ways will they create mayhem on their journeys into becoming who they want to be?

Raised in the coastal town of Danvers, Massachusetts, Quan Barry is the author of the novel She Weeps Each Time You’re Born and of four books of poetry, including the collection Water Puppets. She lives in Wisconsin and teaches at the University of Wisconsin–Madison. Her latest novel is We Ride Upon Sticks. 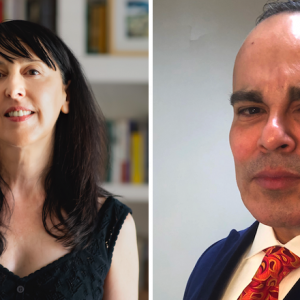 In this episode of Fiction/Non/Fiction, poet Rigoberto González and novelist Deb Olin Unferth talk about how literary life...
© LitHub
Back to top