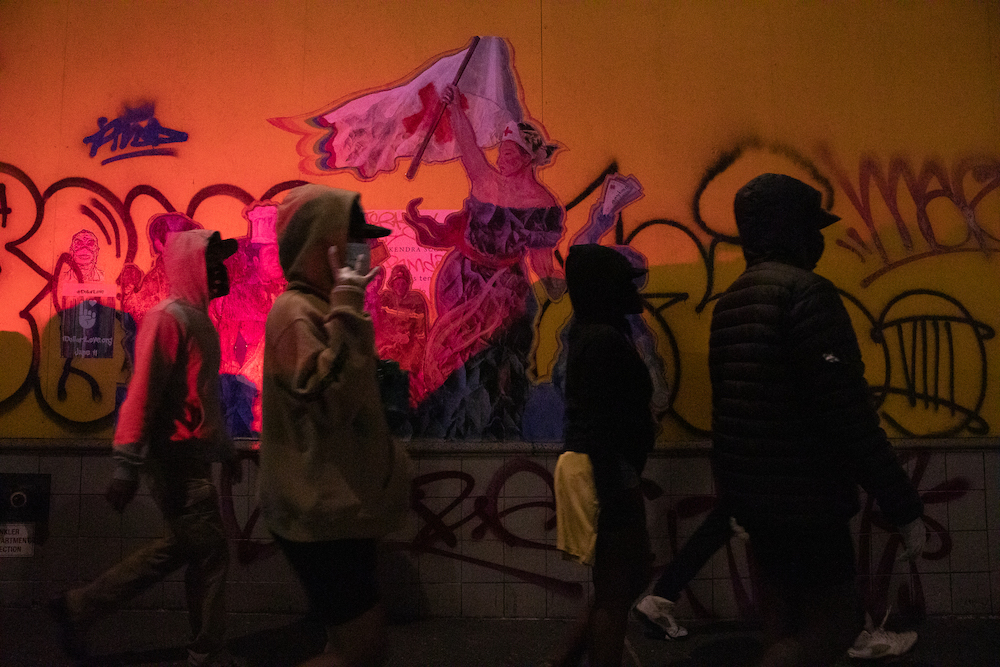 Introducing The Longest Year: 2020+, Photo Essays From the Year That Won't End

By Rachel Cobb and Elissa Schappell

The Longest Year: 2020+ is a collection of visual and written essays on 2020, a pivotal year that shifted our way of experiencing the world. In most publications, images work in service to words—here they work in tandem.   //   In the first of the series, writer Elissa Schappell reflects on the photography of Rachel Cobb, and the dual effect of protests and pandemics on life in NYC in the year 2020.

If you want to know where the action is listen for the sound of police helicopters. Tune your ear to the tonal variations in the wailing of sirens, ambulances and firetrucks. Listen. Can you tell if those are fireworks or flash bangs? Could it be gunfire? The air raid blast of the Emergency Alert System, warning that the 11 pm curfew is upon you, is unmistakable.

Supporters and organizers of the Black Lives Matter protests have put up “Protest Safety” posters. Pay attention. Wear a Mask and Gloves.

Remember to breathe, listen to the inhalation and exhalation of your breath behind your mask. You are panicking not suffocating. Learn to smile with your eyes.

This is what it feels like to see the world through photographer Rachel Cobb’s lens: flames leap out of trash cans like demons, smashed storefront windows rain glass, white smoke streams from tear gas canisters lobbed by police into a crowd, like they’re playing a game of horseshoes. 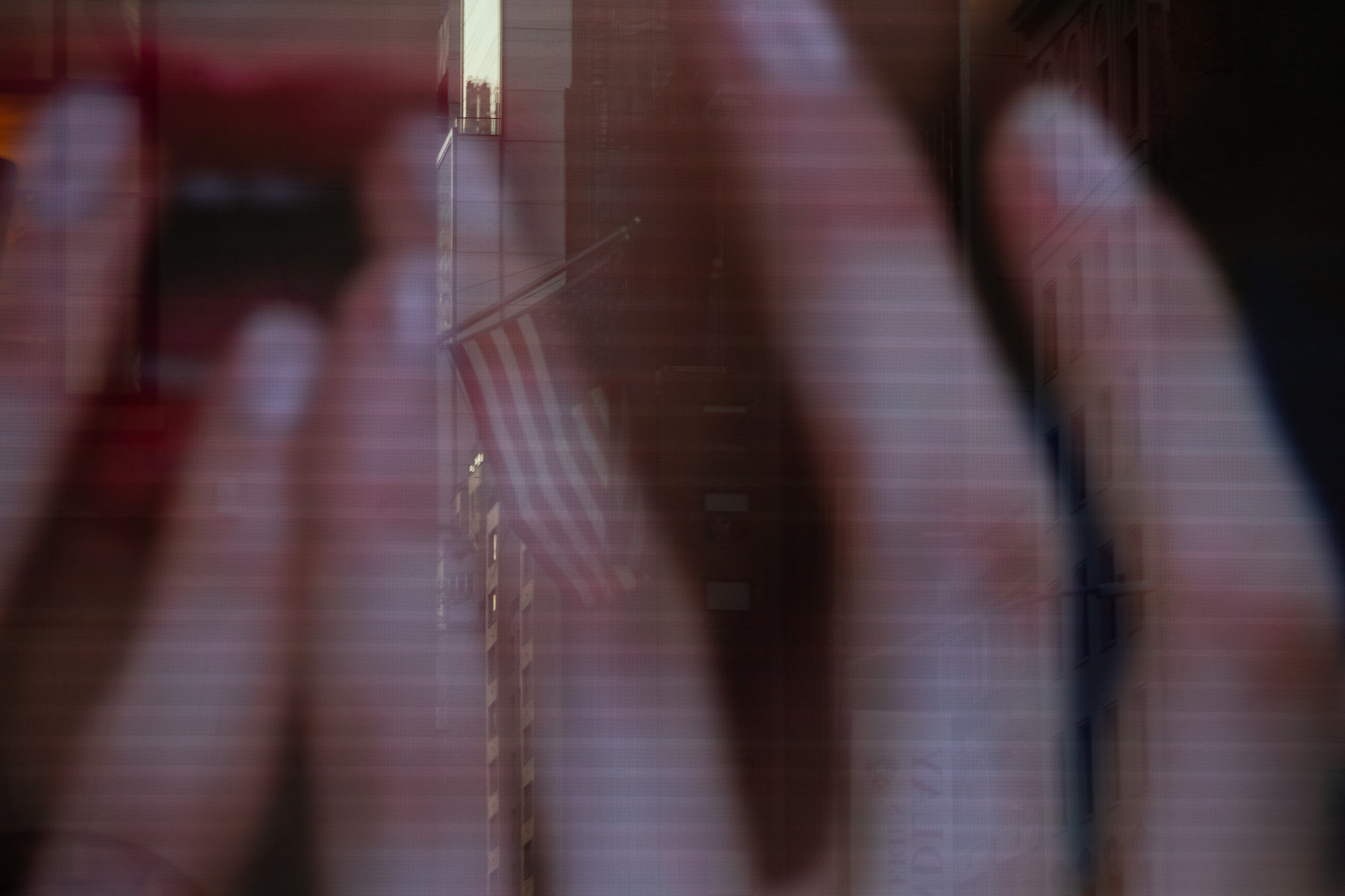 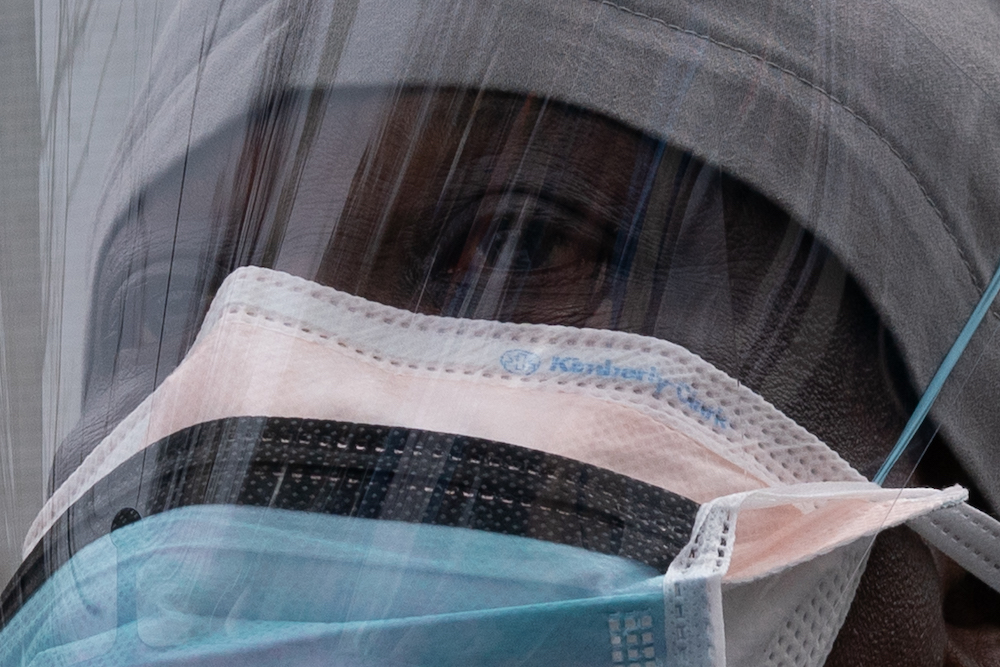 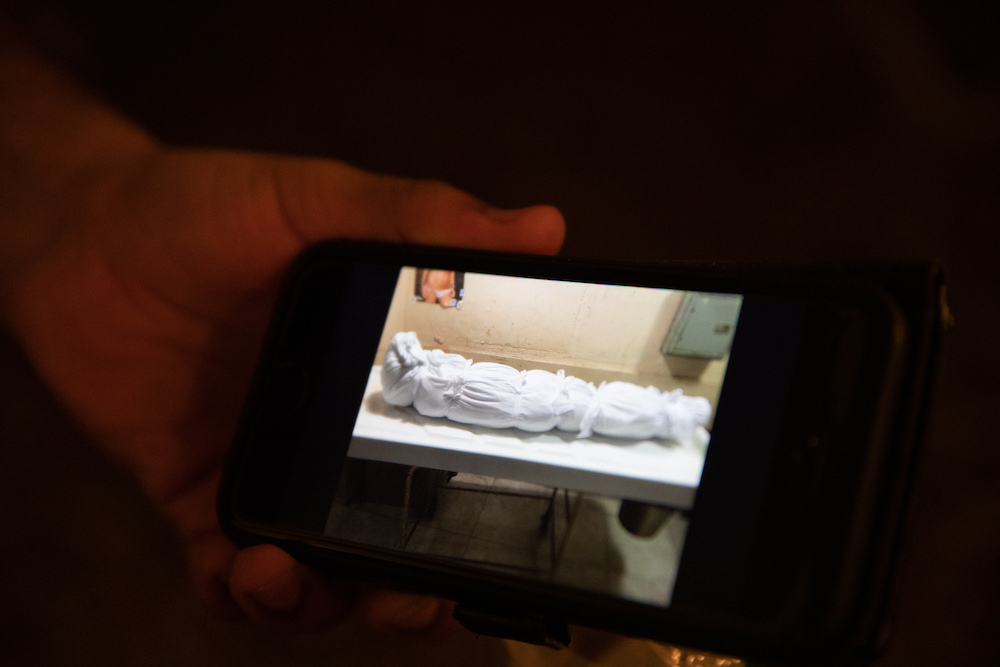 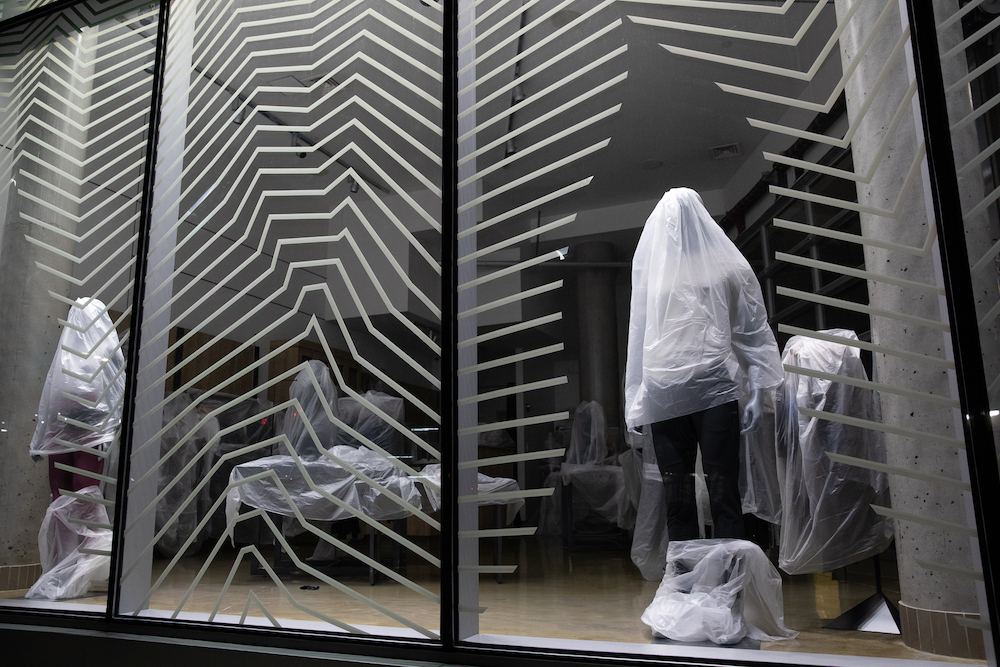 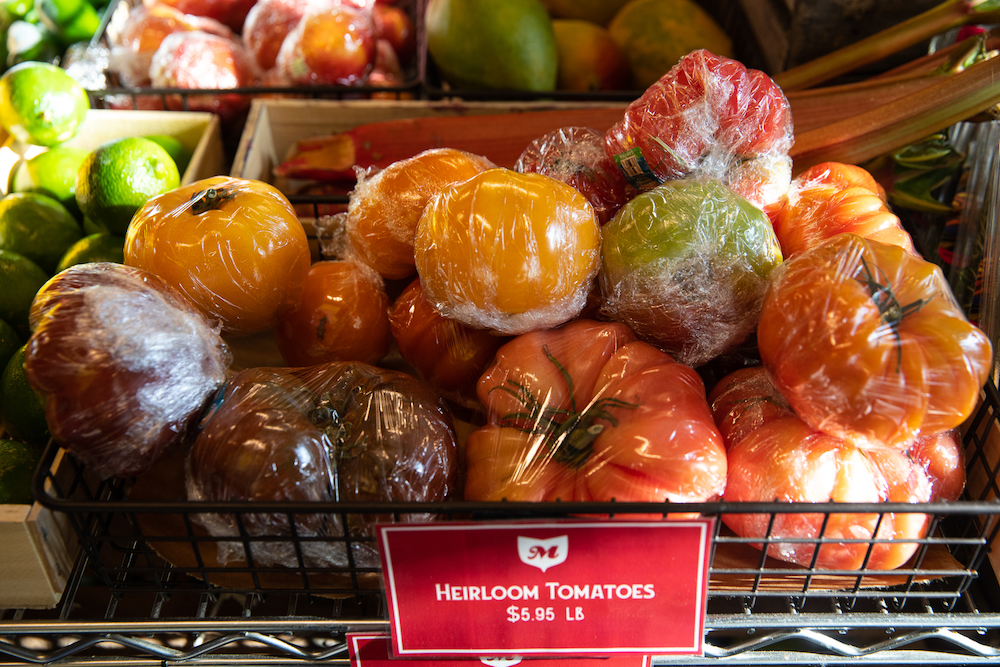 If you are tear-gassed flush out your eyes with water. Do not use milk.

What is it about the vulnerability of a ridiculous tomato encased in plastic that fills me with a sinister desire to push my finger through the plastic and break its skin? Don’t touch your face.

It is difficult to get used to the disquieting sense of something missing, without being able to put your finger on it. You start to anticipate what is going to disappear or be taken from you next. Restaurants fighting to survive build wooden enclosures in the streets which grow into outdoor dining settlements extending as far as the eye can see. I sometimes confuse whether the curfew was tied to the spike in cases of COVID-19 or because of the demonstrations following the death of George Floyd. 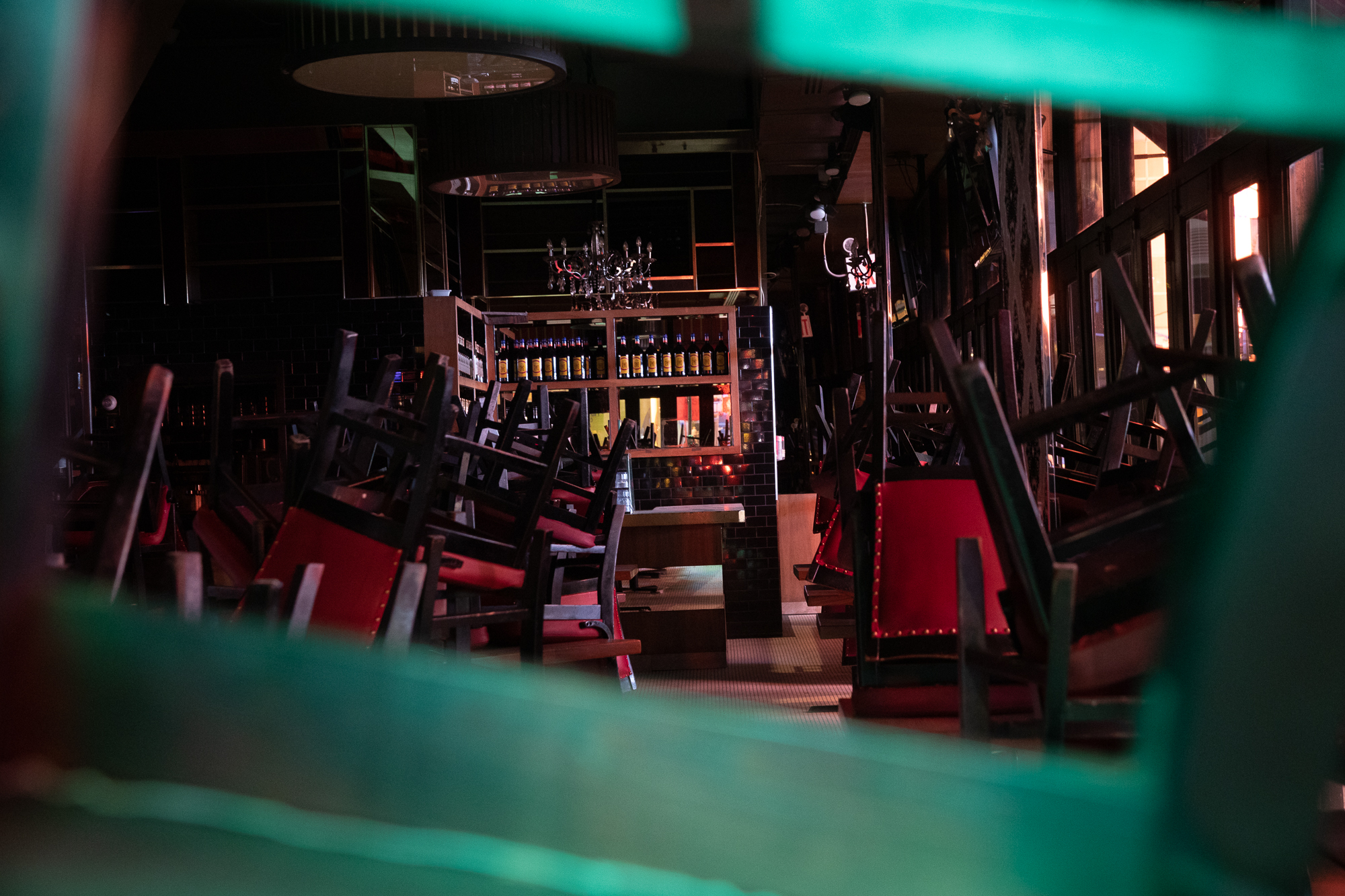 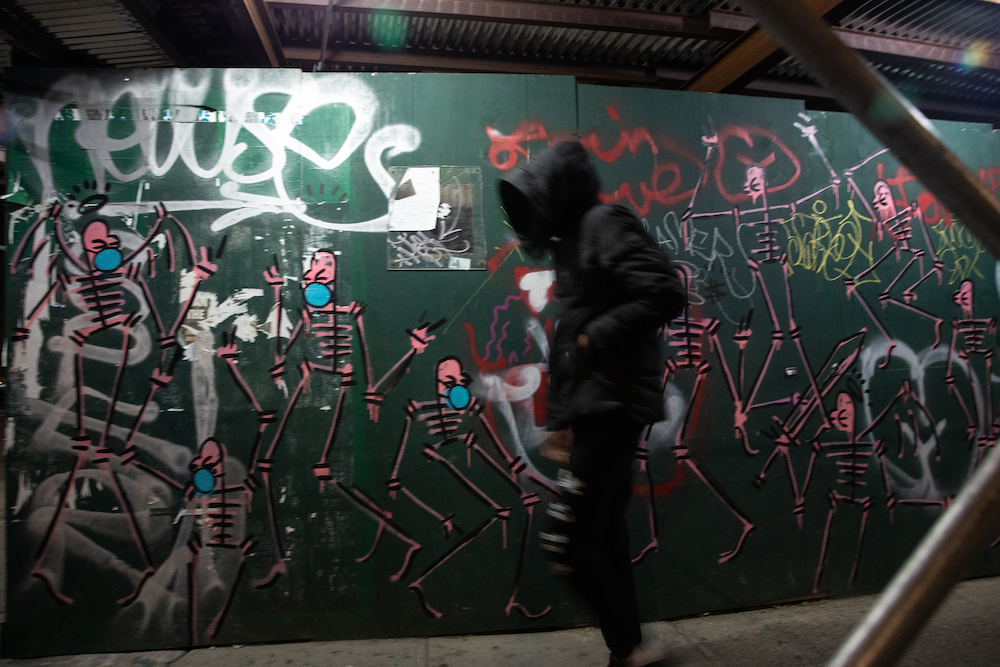 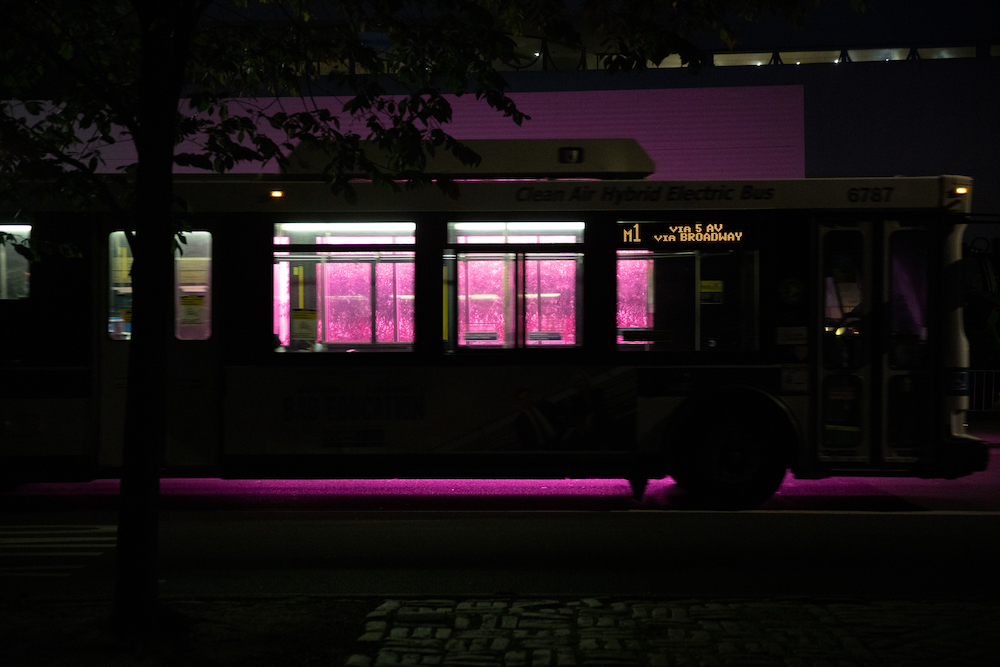 A “ghost bus,” emptied by the pandemic, in front of the Whitney Museum. 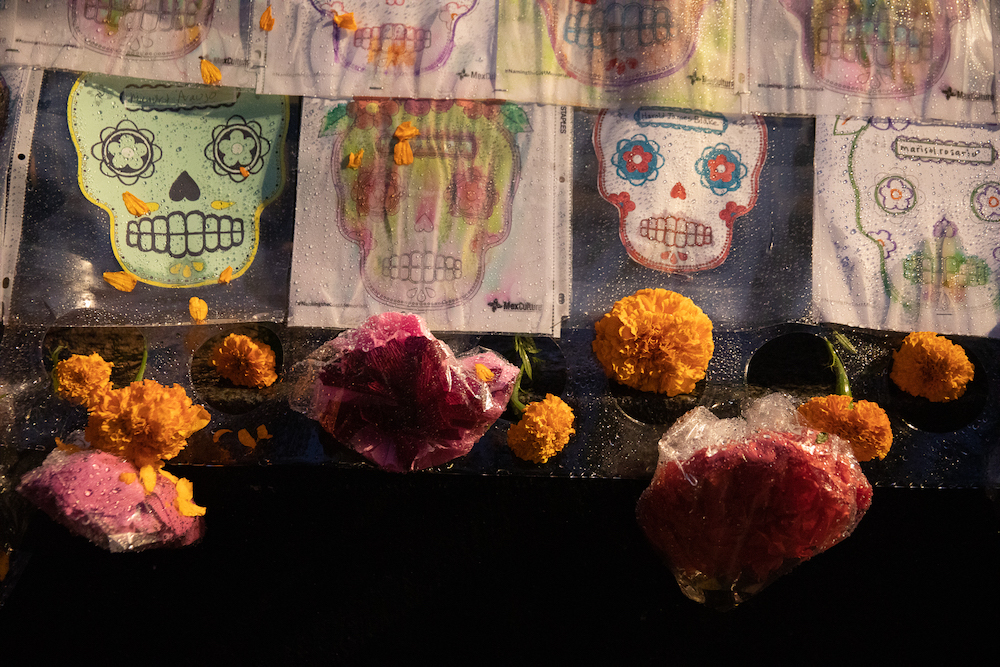 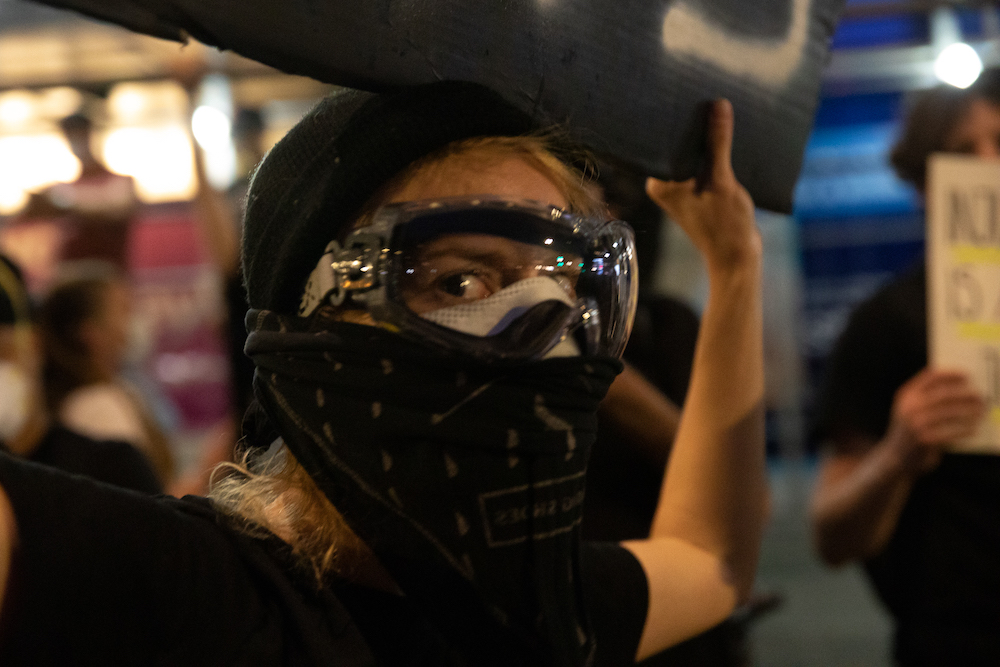 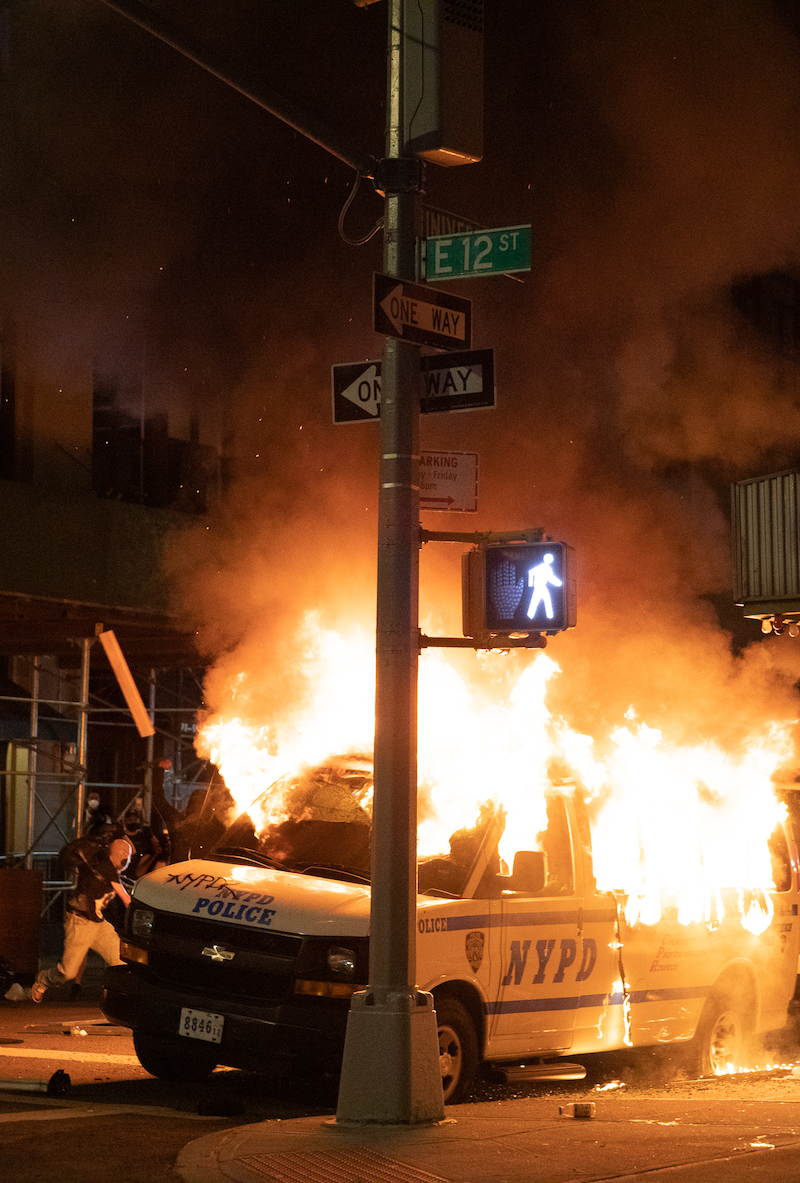 In the loading area of the hospital around the corner from my house sit two long unmarked white trailers; they are eerily devoid of character, like they’ve been erased. These I learn are emergency morgues to receive the overflow of dead bodies. There is no way to unsee them.

Position Yourself Against the Wind.

At a rally outside the Barclays Center people chant, “Defund the Police.” Black and brown protestors put their faces in the faces of Black and brown police officers and accuse them of being traitors to their race. Stand Six Feet Apart

Some losses are calculable—the luxury stores with busted windows, torched police cars. The feet of a white female mannequin rest unperturbed in a reflecting pool of broken glass, like a shoeless Dorothy Gale. Don’t bring anything with you that you cannot afford to lose.

But the image of a ghostly city pool—the only refuge available to lots of city kids during the summer—washed in the red light of a fire truck, drained and empty as a tomb… that loss echoes. 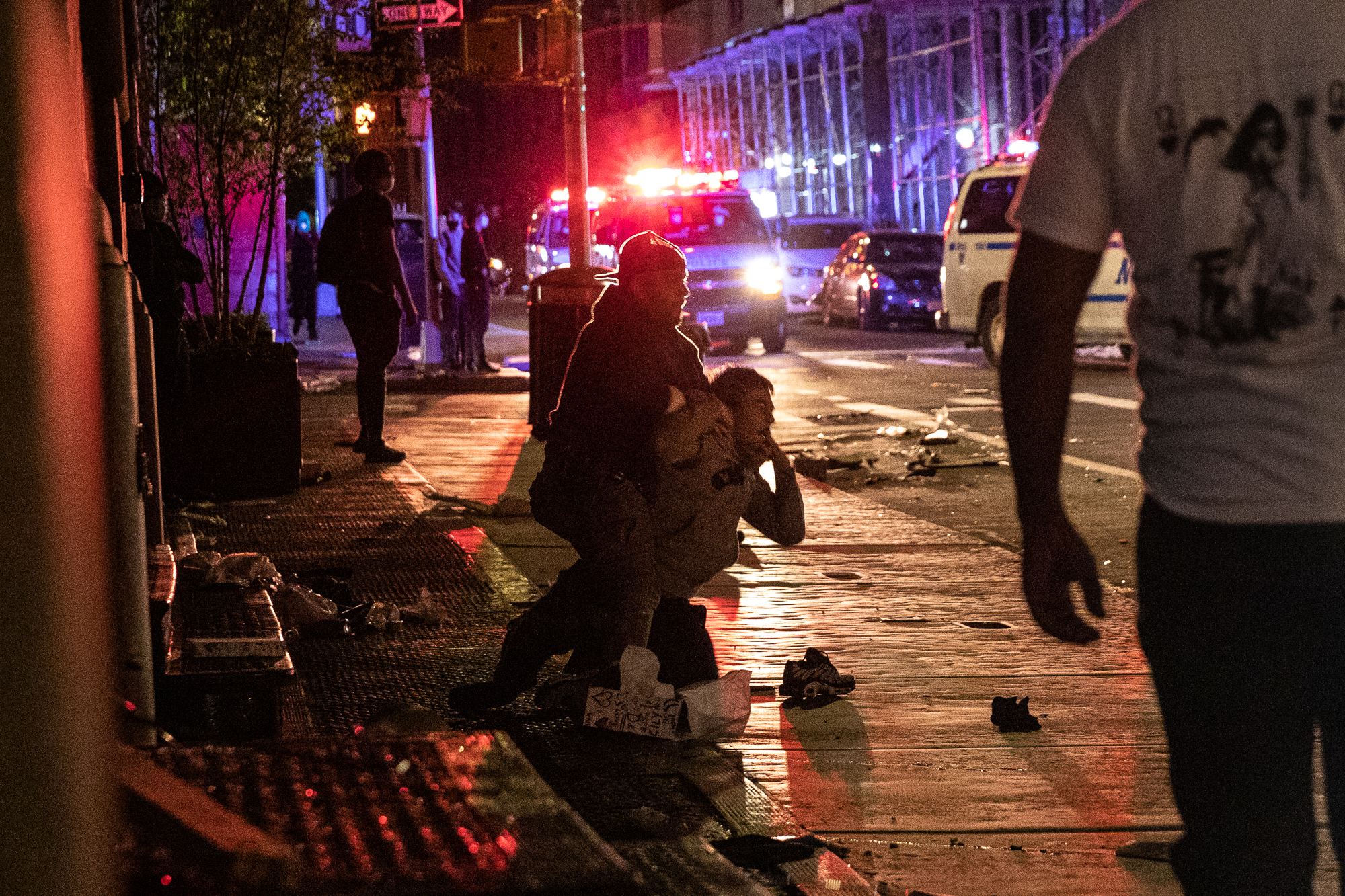 In the wake of George Floyd’s murder, during a night of looting and arson in Soho, an undercover police officer violently grabs a suspect. 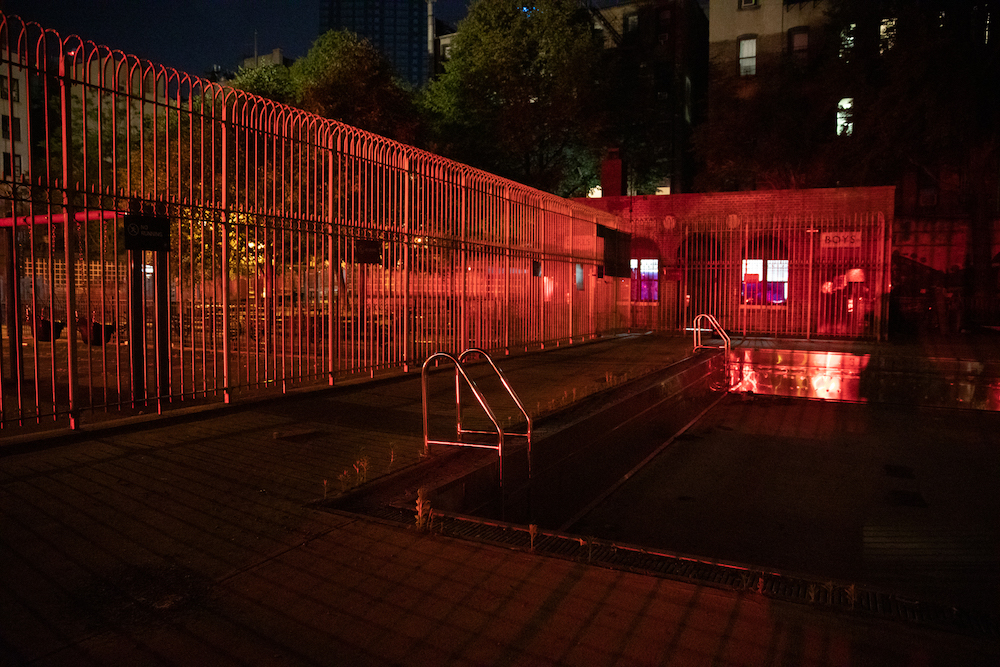 Vesuvio Pool lit by fire engine lights during a night of protests, Soho. 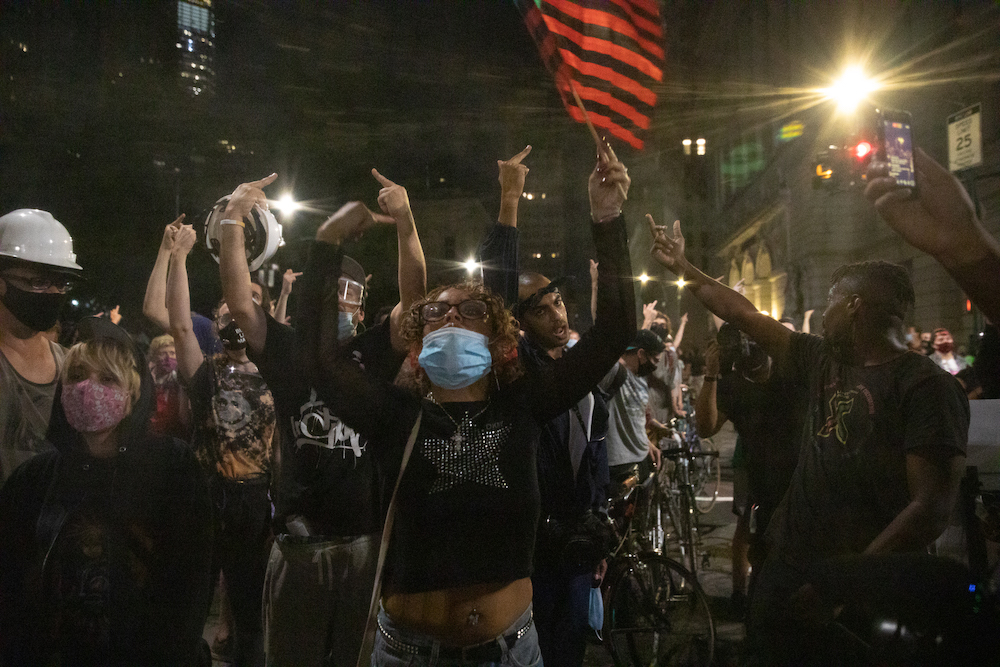 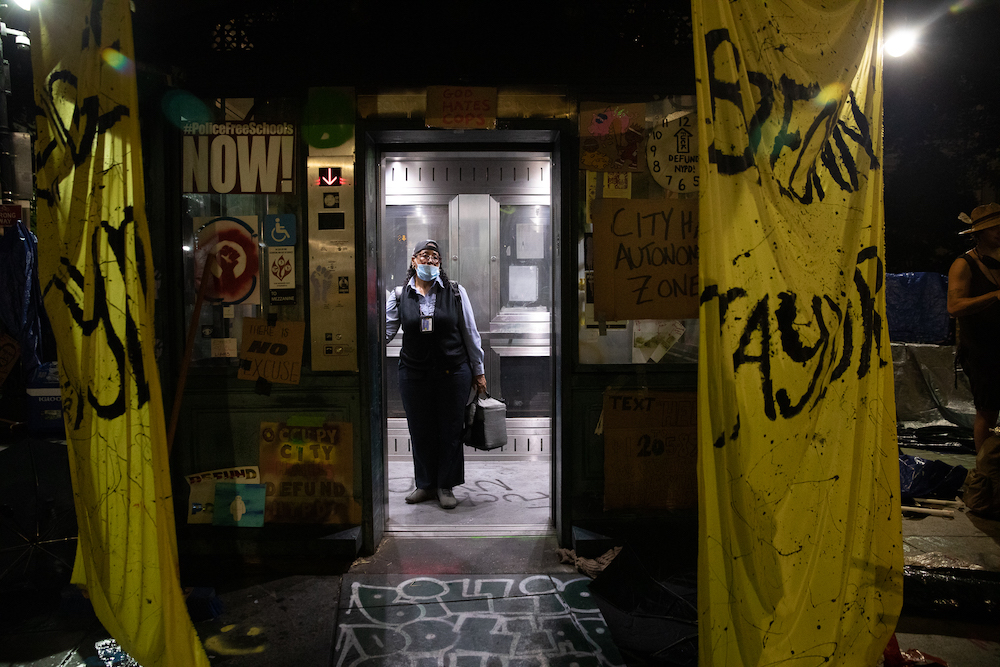 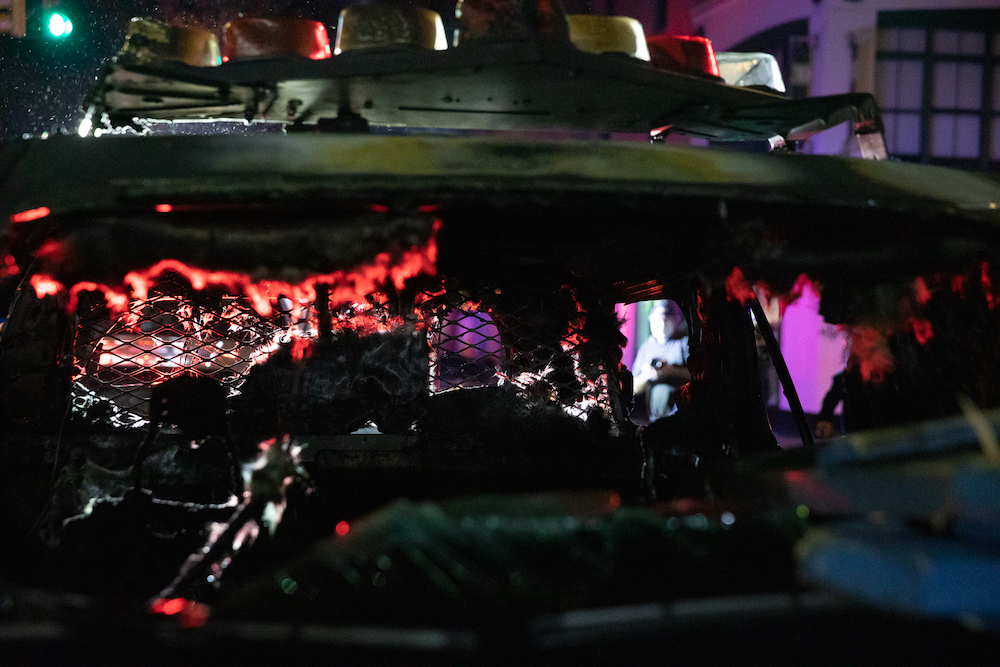 Officers policing the rallies around Crown Heights eschew the protection of a mask yet take pains to cover their names and badge numbers with black tape. With cameras rolling some officers perform acts of solidarity—posing jovially, taking a knee—with protestors who chant, “I can’t breathe. I can’t breathe.”

A few hours later these same police officers will chase down and arrest protestors waving Defund the Police signs on charges of disturbing the peace and disorderly conduct. Teaching people a lesson. It isn’t the prospect of being arrested that scares me, it’s being held in a cell.

Write Your Emergency Contacts on Yourself.

It is disconcerting to be in your fifties and the oldest person at a rally. The pleasure I take, the strength I derive from the solidarity of so many people who share my values is blunted by the absence of the generations of lifelong activists who are too at risk for COVID-19 to march.

At a Black Lives Matter protest the helicopters overhead magnify the conviction of the crowd. Millennials take on the role of “march moms,” passing out plastic-wrapped apples, granola bars and surgical masks. Pressing bottles of water into everyone’s hands, reminding protestors to hydrate. Reminding everyone to watch out for each other.

You have the right to take pictures. 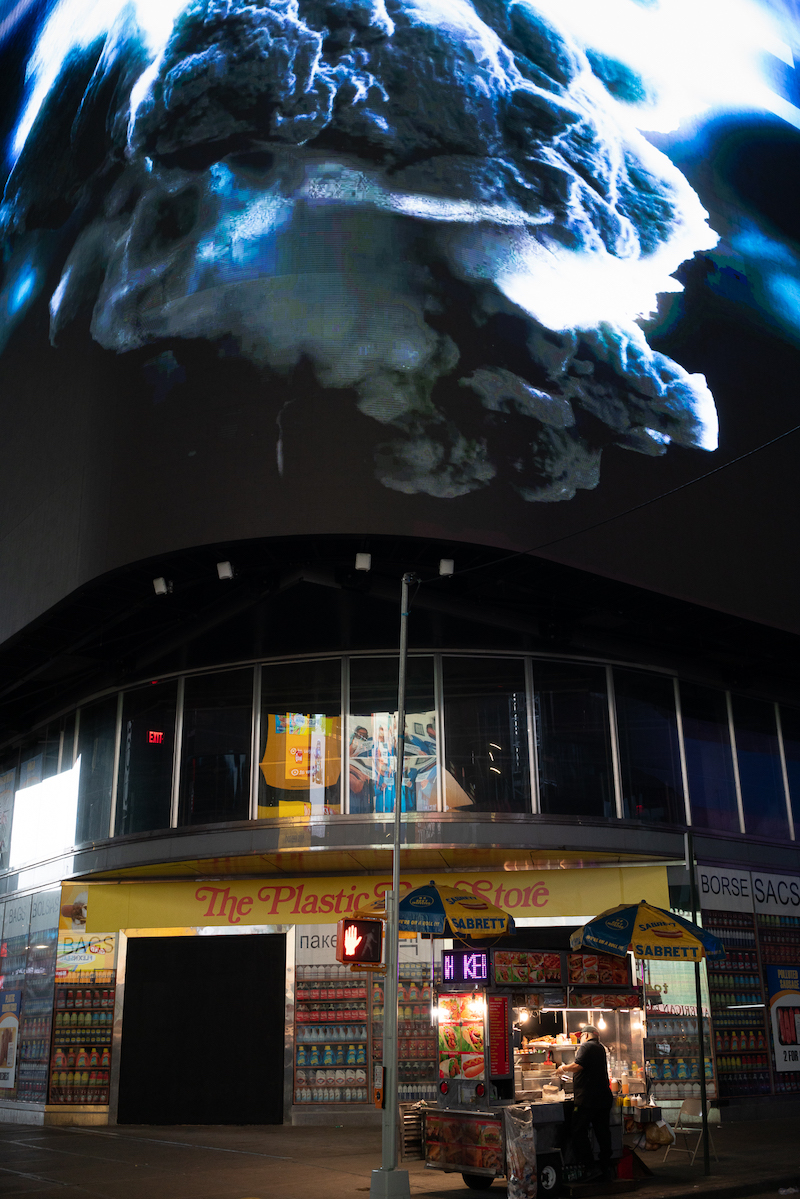 Elissa Schappell is the author of Use Me a finalist for the PEN/Hemingway Award, and Blueprints for Building Better Girls, and co-editor with Jenny Offill of two anthologies, The Friend Who Got Away and Money Changes Everything. Her work has appeared in numerous publications, literary journals and anthologies. She is a contributing editor at Vanity Fair, and a co-founder and former editor-at-large of Tin House. She teaches in the MFA Creative Writing Programs at Columbia and Queens, in Charlotte, NC. Follow her at @elissaschappell. 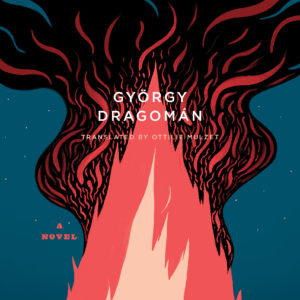 The Bone Fire When I come out of the changing booth with the folded-up, brown ironing blanket in my hand, I immediately hear Krisztina...
© LitHub
Back to top
Loading Comments...