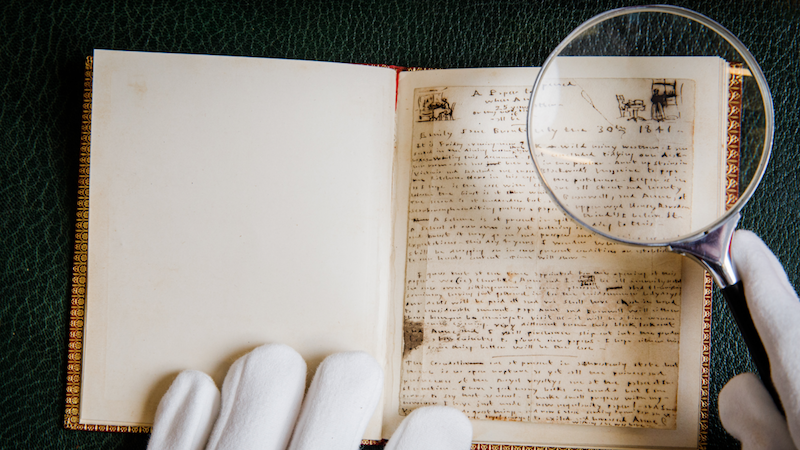 Prince Charles has weighed in on the Brontë manuscripts controversy.

Thus, eight groups—the British Library, the National Library of Scotland, the Bodleian Libraries at Oxford, the Brotherton Library at the University of Leeds, and museums dedicated to Jane Austen, Walter Scott, Robert Burns and the Brontës—banded together to raise £15 million to purchase and preserve the collection for the public.

Now, the Saving Honresfield Library campaign has received a major endorsement. In an op-ed for the Daily Mail, Prince Charles—the prince of Wales—has publicly supported the campaign to save the Honresfield Library from private purchase, and encouraged others to donate.

In his op-ed, Prince Charles spoke of the importance of a nation’s cultural life and discussed the lasting impact of his father reading Longfellow’s Hiawatha to him as a child. “For anyone who has ever been moved by the words of these incomparable artists, the idea of reading these manuscripts is thrilling beyond words. For the same reason, the idea of them being lost to this country is too awful to contemplate,” said Charles. “In saving these priceless manuscripts for the public, we have the opportunity to ensure that these invaluable works of genius will remain in the land where they were created, and where they belong.”

Saving Honresfield Library has raised £7.5 million of their intended £15 million thus far. You can donate and learn more about the campaign here.