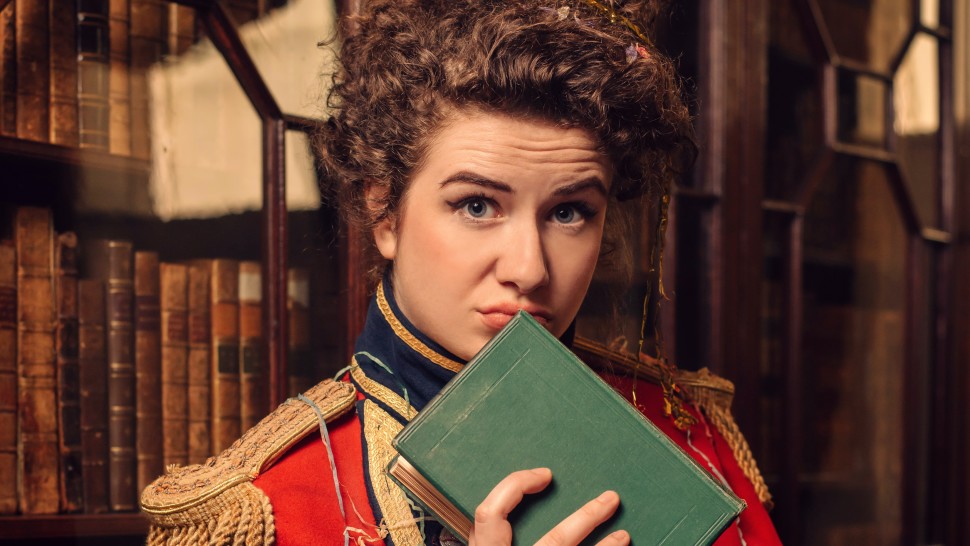 Pride and Prejudice is becoming an all-female pop musical.

Writer and director Isobel McArthur’s Pride & Prejudice* (*sort of), opening at the Criterion Theatre on November 2nd, features five actresses playing five young female servants who retell the tale of Pride and Prejudice. (Thus, they play every character in the novel.) The adaptation includes pop classics like “Every Day I Write The Book,” “I Got You Babe,” and “You’re So Vain”—with the actors playing their own instruments. (Pride and Prejudice and John Doyle?)

Said producer David Pugh, “I so wanted to bring Pride & Prejudice* (*sort of) to London’s glittering West End. I wanted to put it into the perfect theatre, which is the Criterion, and I would only open it as one of the first new shows in London where every seat could be filled . . . Inviting audiences back to the theatre, it is essential that they feel safe—but [just] as important is that tickets are affordable. There will be no premium seats and tickets at the Criterion Theatre will be £9.50 to £59.50.”

Below, watch McArthur discuss adapting Austen for the stage: