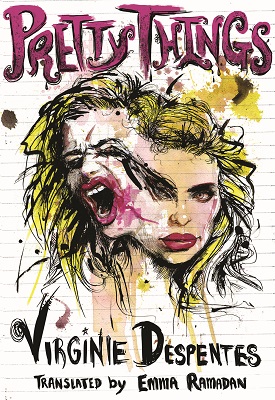 The following is from Virginie Despentes' novel, Pretty Things. The novel follows Claudine and Pauline, a pair of mismatched twins, as they swap identities and struggle with the cost of femininity. Virginie Despentes is an author, filmmaker, and a noted French feminist and cultural critic. Her books have won awards including the 2010 Prix Renaudot, the Anaïs-Nin Prize 2015, Prix Landerneau 2015, and Prix La Coupole 2015.

Heat, and no matter what she wears, it’s always too much.

Every Saturday, the chaos on the street reaches extravagant heights. Regularly distracted by distant rumbling, Pauline comes to sit at the window, sidewalks exploding with color, people who walk slowly, stop, recognize each other, find themselves in a group of five or six at the corner of a building, shopping bags at their feet. And sometimes they come to blows, lose themselves in arguments, it can last a long time.

Just now, a particularly furious commotion, immediately she stations herself to see what’s happening. A police car stops on rue des Poissonniers, two cops lead away a woman who was selling fabric on the hood of a car, people gather around, not happy, the woman doesn’t want to be pushed around. The cops are nervous, even though there are already about ten of them, they feel like assholes anyway, hostile neighborhood, with too many people on the sidewalks. A glass is thrown from one of the windows. Pauline watches the street empty out, people distancing themselves slowly at first, then running, she knows from the stinging that they dropped tear gas, she closes the windows. It stinks all through the surrounding streets, that nasty odor of a fearful cop turned dangerous. In two minutes twenty of them show up, blue uniforms banding together, still not reassured but arrogant all the same. A guy with his kids comes to complain, all upset, they can’t do that; they just hurl abuse at him. Pauline waits for the smell to fade before reopening her window and leaning outside again, like a lot of neighbors, and like a lot of them, she’s watching the pigs below, wishing that someone would do something so that they’d be gone for good.

Lying on her stomach, she goes through her sister’s mail.

Every morning, the super slips a few envelopes under the door. It’s surprising, so many letters. Some are long, others simple notes, some of the handwriting is elegant, some gnarly or clumsy, some turns of phrase are touching, others are idiotic and make you want to laugh. But all the letters speak of love; they spoke to her sister of nothing else. And not only sex, as Pauline had imagined. Lovers or suitors, she’d amassed a nice collection.

The same woman who used to brag, “I know this guy, I earn this much, I go to this place,” had omitted an entire facet of her life, never boasted, “If you knew how much they adore me,” and yet that’s really the only thing she could have boasted about however she liked. In a closet, Pauline found large cardboard boxes full of these letters, words of love or hostility, a lot of unopened, buried envelopes. Piled on top of each other, this blaze of lovers takes on strange accents, different handwritings. But certain passages, down to the last line, are the same, from one man to another, the same refrains appear, “And you won’t be better off with anyone else,” “You are afraid of love, you shouldn’t be,” phrases and then promises and tender threats, “I’ll break down your door if you don’t answer me,” and stacks of harsh reproaches, “How can you do this to me,” or else pitiful, “If you knew the state you’ve put me in,” or menacing again, “You played me, now that I see you for what you are, I promise you, you’ll pay.”

And there’s nothing chaste about these letters, even if they rarely admit it, her legs are magnificent, or else it’s her eyes, then comes her chest or else her grace or her hair, then it’s her hands that fascinate, bewitch, if not her strength or her fragility. Some of them evoke her warm pussy, treasure buried between her thighs. Nostalgia for that palace. She really knew how to hook them.

“Piled on top of each other, this blaze of lovers takes on strange accents, different handwritings. But certain passages, down to the last line, are the same”

Each one takes her for himself, it’s a given: she was made for the one writing to her. He wants her more than the others, he knows her, he can tell she needs him. And there are dozens like that, spread out over years, they are sure of that fact: she exists for them. And one by one, better than the others, each of them knows how to make her happy.

One phrase always reappears: “Why be afraid of happiness?” They are incapable of understanding why she would refuse such a blessing, to belong to them and to let them have their way with her. Incapable even of imagining that perhaps they disgust her, that they pile up like this, that perhaps she has good reason to be wary, that they always employ the same lines, from one man to the next, and always the same doggedness.

For some of them, perfectly candid, there is that drive to “have her,” to be able to show off to all the other men in the city, so that they know who’s boss, the one who’s screwing the best broad, so that they get hard for him through her.

For others, just as candid, almost like she’s their present, is that drive to transform her as they please, to turn her into their lifelong dream.

For all of them, in bursts, there’s that stirring impatience, that obsessive imperative desire, to have her near them. There are lovely words, magnificent constructions concerning their love, sublime compliments. Each man sees his Claudine, describes her, magnified. Some of their projections are rather beautiful.

But none of them, in the two days since she’s gone through her mail, had the slightest suspicion that his missive might be filed away with so many others.

These cardboard boxes filled with letters imbue them with a particular tone.

Reading them all in one go, and seeing several arrive each day, slid under the door, and hearing certain voice-mails left by certain men, Pauline imagines her sister as being assaulted from all directions. And these burning attentions that she aroused so frequently surrounded her in her solitude even more definitively than indifference.

That sadness, Pauline grasps for the first time, to be so desired, and to desire no one. 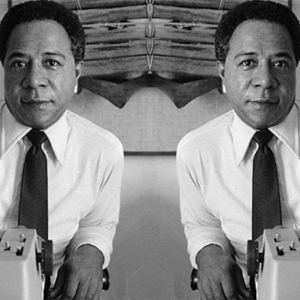 Lit Hub Weekly: August 6 - 10, 2018 “One has to be somewhat badly behaved to write above the fray in a society most comfortable with palatable mediocrity.”...
© LitHub
Back to top