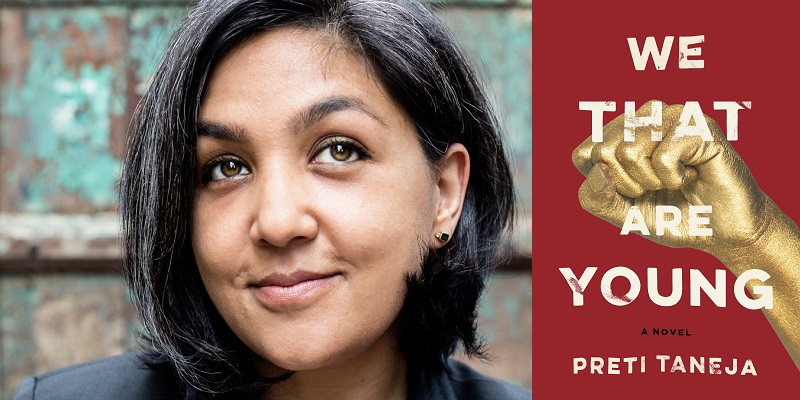 Preti Taneja on “Translating” Shakespeare Into Her Novel

This episode of So Many Damn Books is a celebration of stories in translation (both linguistically and narratively), indie bookstores, and bourbon, with Preti Taneja joining the guys in the Damn Library. Her debut novel, We That Are Young, provokes conversation about India and King Lear while her book-club-pick Frankenstein in Baghdad gets the room talking about translation. Plus, Drew mentions spooky reading! Recorded at the Damn Library in Brooklyn, NY.

“This is a different species of life.”
On Writing the Lives of the Super-Rich

CH: I loved We That Are Young for the way it portrays the deep melodrama of the lives of very rich people. . . When you have so much money, all of your decisions are just so enormous. Could you talk about depicting excess of wealth and how that felt for you?

PT: There is a tendency to find the author in the text, and I just want to put it out there that this is not the world I’m from in any way. But in some ways, isn’t it the world that we’re all from, since we’re all implicated in this consumer culture that we live in? We can’t help it; we have to be. Everywhere I look, I’m being advertised at, everytime I turn on the TV someone’s telling me, “Oh, look at my fabulous lifestyle. Here are the rich and famous, the young and restless doing this and that” Everything in culture seems to be pointing towards a value system that wants us to be wealthy. When I look at that I want to understand how it changes us and traps us, and where we are inside it. I wanted to deconstruct that.

As you begin to write about it, you begin to realize the limits of your own imagination. It’s like, “Surely that’s too rich, that’s insanely rich!” And then I read something in the newspapers about someone’s Concord reconstruction or how much a ticket to the moon costs and I think “Wow, I never could have imagined!” So the limits of my own middle-class upbringing definitely came into play. . . You do realize that this is a different species of life, and the way that it’s being lived is just completely extraordinary. I don’t have contempt for that world at all, and I don’t feel like the characters are drawn that way in the book. What I’m trying to do is sort of look at a social structure and structural violence, and every human being that’s inside that.

Drew Broussard: I know Lear very well. I’m a huge Shakespeare nerd; I work at the public theater. I’ve seen more Midsummers, but I think Lear is probably the one I’ve seen the second-most. There are a ton of older actors right now who are happy to take on Lear. I was really enjoying making Lear connections as I read the novel. I was wondering, though, did you ever feel hamstrung by the play?

Preti Taneja: Yeah, certainly. Some of the decisions I made early on, I’d look back at and be like “Oh no, I’m so deep in this and now I have to carry on with this.” Early on I made the decision that I wanted to try and do the whole play. It was a very conscious choice to try and find thematic and plot parallels to almost every aspect of it, and to work in all of the different ways that I’d read and studied Lear, all the different ideas that are in the play, which is just so rich with them. When I approached big scenes, like the storm scene or the blinding scene, the really difficult thing was that the language in the play is so beautiful and famous. How do you as a writer translate that—form, and in a way, time and content as well—and make that language your own without sounding exactly as if you were pulling the Shakespeare and putting in a new world. It’s not fan fiction, you know?

11 Books You Should Read This December 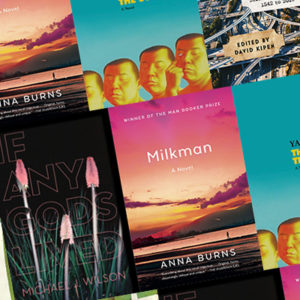 11 Books You Should Read This December

Alexandra Natapoff, Punishment Without Crime (Basic Books) A few years ago, I sat on a grand jury for a month and was (naively)...
© LitHub
Back to top
Loading Comments...