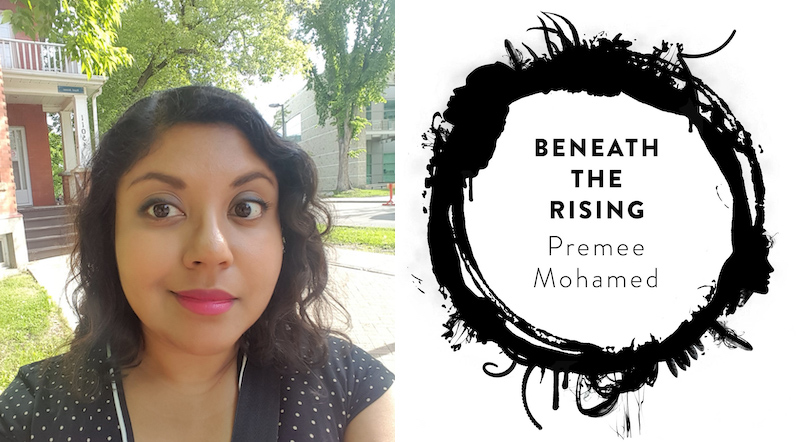 Premee Mohamed Is Not a
‘New’ Writer

Premee Mohamed’s debut novel, Beneath the Rising, came out in March, but don’t call the resident of Edmonton, Alberta, a new writer.

“I find it funny that people refer to people who have just started to get published as new writers. I finished my first novel when I was 12. I’m not a new writer. What I am is new to publishing, and it’s so weird to me that people conflate the two, as if you just started writing at the moment you started getting published,” Mohamed says.

She’d completed the first draft of Beneath the Rising in 2002, around the time she’d received her undergraduate degree in molecular genetics, but it wasn’t until 2015 that she decided to try and publish it. Until then, writing was “very much my private little hobby.”

Beneath the Rising combines horror, science fiction and fantasy in its portrayal of the complicated friendship of Nick and Joanna (Johnny). They’d been close since they were young children despite many differences (she’s a rich, white, world-famous scientist; he’s a poor, brown, ordinary guy). But their relationship gets tested when Johnny’s latest invention—a clean reactor the size of a shoebox—unleashes Lovecraftian monsters, and, in the process of helping Johnny battle this cosmic evil, Nick uncovers secrets that change his view of Johnny.

The monsters pose the ultimate foil for Johnny, who, like many scientists, wants to both understand the world and control it.

“As a scientist,” Mohamed explains, “she wants [the monsters] to be understandable, to be comprehensible. And, of course, they can’t be reduced down to something you can study in the lab and that just drives her berserk.”

Rob Wolf: As a child, Johnny is accomplishing incredible things, making world-changing inventions . . . and you’re a scientist, too. Johnny is a child prodigy, and you wrote Beneath the Rising as a young person—as a child, one could argue—and Johnny says she wants to save the world, which makes me wonder, does Premee want to save the world too? Where do the parallels between you and Johnny begin and end?

Premee Mohamed: Well, I jokingly told people that I pursued a molecular genetics degree so that I could clone a dinosaur army and therefore rule the world, but really I think that’s what any scientist is hoping to do: in some small, infinitesimal way be the brick in the wall that eventually walls the world off from disaster, to be just a component of it. Yeah, I think there may have been a little bit of self-insert there mostly because I started university at 16 and was just absolutely so sick of people asking me if I was there on a school trip or something, and not being able to drink to kill the pain until second-year university. I’d have friends going out and being like “oh, finals are over. Let’s go out for a drink,” and I’m like, “I can’t. I’ll get us kicked out again.” It kept happening because I didn’t have a fake ID like the rest of my white friends who could just swap each other’s ID because it all looks very similar.

RW: Nick and Johnny have a very intense and close and long-standing friendship, but they’re very different. They come from different social classes. Nick is smart, but Johnny is a record-smashing prodigy. Johnny is white. Nick’s parents, like yours, are from Guyana and of Indian heritage. The differences pack the relationship with a lot of places where there could be resentment and potential conflicts. And yet they stick it out through the course of the book. So I wondered if you could talk about the tensions in their relationship. What has drawn them together and what are some of the obstacles that they deal with?

PM: That was pulled from me at ages 18, 19, and 20 when I had very close relationships with friends who were in different social classes to me and who were mostly white. My best friend, for instance—we’ve been best friends since I was probably eleven—I think there’s a lot of our relationship there in that Nick and Johnny relationship. His family was very, very solidly upper middle class and made a lot more money than mine, and … it wasn’t something I really thought about till I was a bit older and realizing how much money their side had. What he referred to sometimes as going on vacation was going to their second home in Montana. … And just watching it kind of build up while my family stayed exactly where it was. … I hope that contrast of watching someone in a different class but not really wanting to be part of it came through with Nick and his family too, which is the same as mine. We came here as immigrants. We don’t take handouts. We don’t take gifts. We don’t take charity. We work our way up if we’re planning on getting anywhere.

I also really wanted to explore or push into the usual tropes about mixed-gender friendships because a lot of my friends have always been dudes. When I was a kid, at one point I think I had one female friend and then she moved. It was just grim and horrible. I’d look around and be like ‘God I’m surrounded by boys. I’m surrounded by teenage boys,’ which, I think, is part of the reason I don’t read a lot of young adult books because if you’ve seen a 16-year-old boy, I don’t know how people can fall in love with them. They’re the worst things on the planet in several different respects.

But to make it more complicated… they can’t calibrate what they’re feeling, not just because they’re too young but because they have no one to calibrate against. Nick doesn’t have any other friends. Johnny doesn’t have any friends. She just has employees and associates. And Nick just has his family, and everything’s so muddled up for them. They can’t get it straight and it’s very stifling and unhealthy and co-dependent, and I feel like that’s a relationship you don’t see a lot of in fiction. So I wanted to see how complex I could get it and how much of their dysfunction I could make into the world’s dysfunction. 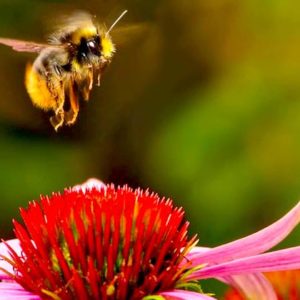