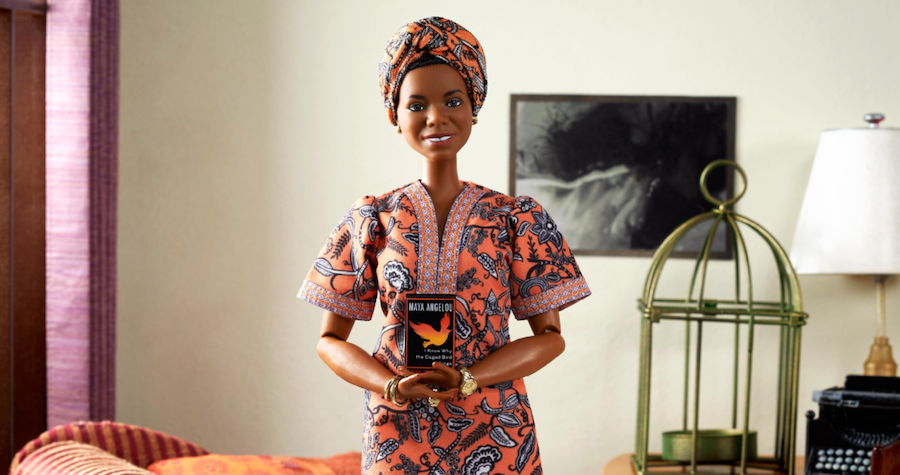 Poets take note: there is now a Maya Angelou Barbie.

I’m not sure how to feel about this one: poet Maya Angelou is going to be a Barbie. I have limited experience with Barbies, both in my own childhood and as a parent, and I find their weird, distorted physical proportions disquieting. And while I can’t imagine it’s a good thing to hold these weird and distorted proportions up as an ideal of beauty, I also know that millions of kids play with them and that representation matters.

So. As part of their “Inspiring Women” series, Barbie has released an Angelou doll because “as an author, activist & teacher, Dr. Angelou is an inspiration for what can be achieved when we speak up, stand out & refuse to be silenced.” Angelou, of course, is a beloved poet, memoirist, and activist, and is perhaps most well known for her 1969 memoir I Know Why the Caged Bird Sings, along with her 1993 appearance as Bill Clinton’s inaugural poet.

Poets, you now have a new life goal.