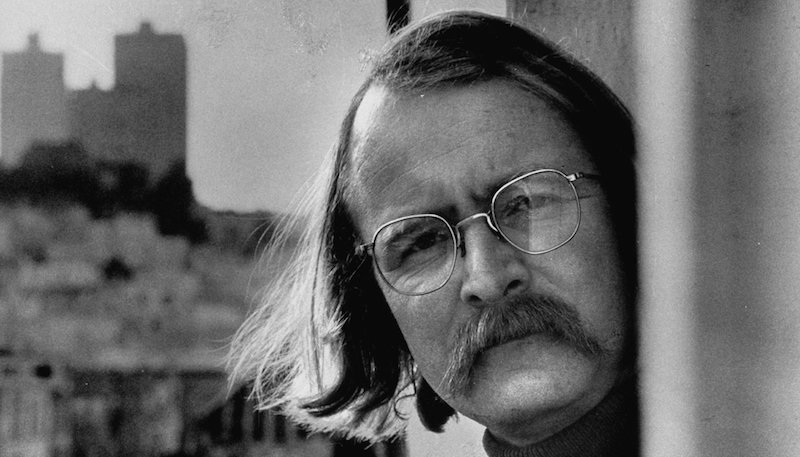 “Poetry is telegrams of the human soul”: Watch a rare video interview with Richard Brautigan.

Despite his fame and to his embarrassment, Brautigan was never treated with the same seriousness as some of his peers; he couldn’t shake off his association with hippiedom and playfulness. When he got drunk at a party and insulted his friend, the novelist Thomas McGuane, McGuane responded, “You’re nothing but a pet rock . . . a hula hoop.” In 1972, Brautigan moved to Bolinas, California and retreated from public view, rarely lecturing and refusing to be interviewed. But in this interview with a Swiss TV station, taped one year before his suicide, Brautigan with relish leans into the serious author persona he never got to stateside. He discusses the purpose of poetry; the role of reality vs. fantasy in his work; his visits to Japan. Brautigan on living in the age of information: “I love the future.”

Watch the interview below, which also includes three readings by Brautigan, including one of his poem “A Small Boat on the Voyage of Archeology.”