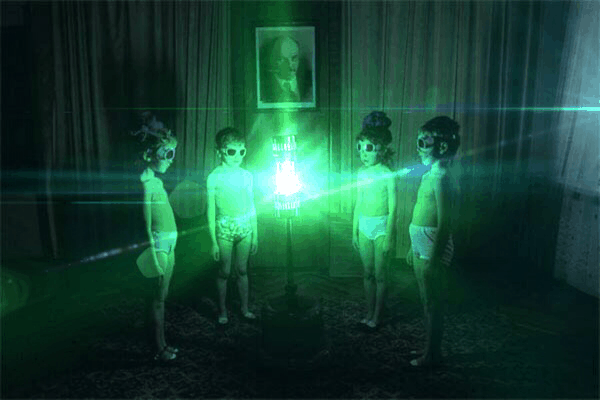 On Leaving Russia, and Writing in English

On the morning of June 9th, 1981, at the age of five years and almost five months, I left, for the only time, the Union of Soviet Socialist Republics, a place I will never return to, because it no longer exists. I never said goodbye to the country of my birth, nor did I ever say goodbye to the assembled throng of emotional relatives and family acquaintances, because no one had told me that I was permanently, irrevocably leaving. Nor did anybody tell me where we were headed, first for three days to a Red Cross shelter in Austria, then for a month to Rome, then finally to Boston. I thought we were just going on vacation to an outlying Soviet Socialist Republic, Azerbaijan, Ukraine, Uzbekistan, as we did for a month every summer the first five years of my life. But when I’d ask, my parents got uncharacteristically evasive: they thought I’d spill the beans to the wrong person or have some kind of cognitive breakdown if they told me, so instead they spun a web of elaborate, contradictory fictions about where we were headed on vacation each time I asked why we were packing and preparing for a trip.

The Aeroflot jet that once-and-for-all transported me out of the Soviet Union was headed for Kinshasa, Zaire, via Vienna, where we would deplane. I was so thoroughly confused by the sight of all the Africans at the gate that I thought, “Africa! My parents are taking me to Africa on vacation! It’s a surprise! That’s why they haven’t told me.” I remember being excited, and then disillusioned, and then apprehensive, as the days wore on, that I would never go back, that something enormous and vital was being kept from me. In truth, my mother had no idea how to tell a five-year-old that he may never see his grandmother or aunt again, that he would effectively start his life over in a new country speaking a new language. Finally, she sat me down on her bed in a fleabag pensione for refugees in Rome and said, “I wrote a poem, Misha. Would you like to hear it?”

This is the translated text of my mother’s poem, in its entirety:

America is a humongous country.

It is full of everything.

It contains many houses,

And a lot of food, enough for everyone.

And America is full of everything,

Even snow, enough for everyone.

If you require a kangaroo, there is no reason

To move to Australia.

Call America. You will find it in America.

It is full of everything, even kangaroos, enough for everyone.

And if you require a camel, you will find it.

America has everything, even camels.

Africa may have oppressive heat,

But in America you will also find plenty of heat,

Because it is full of everything, even heat, enough for everyone.

If you don’t know the English language, it’s no tragedy.

You will find it in America, because America has everything,

Even the English language, there is enough of it for everyone.

And if you happen to like songs, you will find them in America,

For there are plenty of songs in America, enough for everyone.

Was this the first poem, aside from children’s verse, that I had ever heard? How fitting that the first poem I remember was literally news that has stayed news, a grandiose, seductive promise that I would end up in a dreamland without limits where I would discover the possibilities of the English language and plenty of songs.

When my first collection of poems, My Soviet Union, was published in 2007, the first review actually came out in Russia, in The Moscow Times, where an American critic who clearly expected a more overt and topical focus on Soviet history or Russian-American immigrant experience from the work of an immigrant poet, argues that my collection is one where “we encounter another order of the assimilated author: the heritage speaker or early transplant whose Mother Russia is further back in the mind, a personal myth or memory, as nonexistent a country as one’s own Soviet Union can be. Though he speaks Russian, Dumanis seems wholly rooted in American language and tradition.”

On the one hand, the reviewer has a point: my Soviet Union is very much in my mind, a fusion of my childhood memory with my parents’ ghost-and-war stories, then filtered through my overactive imagination. In fact, I only returned to a literal Moscow for the first time in 2011, the 30th anniversary of my departure. On the other hand, I know that every poem I have written carries within it—in terms of both its thematic preoccupations and its technical and rhetorical choices—a Soviet-born and immigrant-stamped DNA.

There is nothing nonexistent about my own Soviet Union, about the predicament and constant awareness of having being born into one geopolitical reality in the world and then snapped with little warning into a wholly foreign and oppositional geopolitical reality. There is something very real about my bicultural experience of the Cold War, of the conviction that my parents had into the post-Soviet 1990s that Russian tanks were on the verge of rolling across Europe: the day in April 1986 when the United States bombed Libya, my parents woke me up letting me know that World War III was likely to begin, that the Soviet Union would most certainly retaliate: while I don’t have a poem on this topic, many of my poems are fueled by the confusion and anxiety I felt that morning. There is also something very real about my bilingualism, which refracts my every English utterance into a Russian utterance inside my head and offers me two divergent and contradictory syntactic possibilities anytime I try to string some words together.

There is likewise nothing nonexistent about my lifelong hyperconsciousness of the inaccessible alternate reality I would have lived had my parents been denied permission to emigrate, of the awareness that Mikhail Edouardovich Dumanis of Moscow is a very different person than the person I became, that I will never know him, and yet, paradoxically, that I will always experience the world through his eyes. And this is what I, however elliptically, find myself writing about all of the time—contradictory realities and versions of childhood, place and displacement, a sense that my speaker is standing in front of the smoldering ruins of an Empire, the instability and slippages of language, being snapped back and forth between situations and worlds.

One other thing troubles me about the reviewer’s assertion: this idea that simply because my English-language poems are perhaps influenced in their choices of idiom and dramatic situation, approaches to enjambment, and narrative strategies by some of the American poets I study and particularly love—for instance, John Berryman, Mark Strand, Heather McHugh, Lucie Brock-Broido, Michael Palmer, Olena Kalytiak Davis, and Dean Young—that I am a wholly American poet, whatever that means. My sense of what a poem was, what it could be used for and what it could do to another person, began with my mother reading her own poem to me when I was five years old.

The role of poetry in Russian culture is different than the role of poetry in American culture. Ex-Soviets of my parents’ age know multiple poems by heart—they tend to see them as tools for expressing emotions and contextualizing complex situations. Because their generation had no freedom, they saw in words more than their mere denotations. They were always looking for subtext, for ways to communicate through nuance and word play and allusion and metaphor. While I was growing up, my father would interrupt (and derail) many a dinner conversation by abruptly heading to the bookshelf, locating a volume of poetry, finding a particular page he thought relevant, and proceeding to emphatically and passionately share it. I grew up assuming that this happened at all dinner tables in all countries, that poetry had an intrinsic value as a potential reference point and source of wisdom in the most routine of conversations, that the books of poems my parents had shipped over from the USSR were somehow indispensable to the understanding and processing of daily life.

The poetry in my parents’ books, which ranged from collections of Mayakovsky and Mandelstam to rhymey, jingoistic Socialist Realist verse by Soviet poets who died in the Second World War—tended to be wildly declarative and loud in its rhythms, attentive to its surfaces, dramatic in its content, ambitious in its tackling of heady subjects and big themes. This poetry was a poetry meant to be read loudly, breathlessly, full-throttle, full of sonic energy and internal rhyme. It felt less like a communication from a speaker to a reader and more like sheet music for a reader to perform with their own voice. The Russian language has more flexibility with syntax than English and I have always gravitated to American poets who delight in upending the natural order of words. So I grew up to write American poetry animated by American English and frequently set in a recognizably American landscape, yet wholly rooted in Russian language and tradition, composed with a distinctly Russian ear and what I think is a distinctly Soviet, ex-Soviet, or would-be-Soviet sensibility.

Michael Dumanis is a poet, and a professor of literature and creative writing at Bennington College. 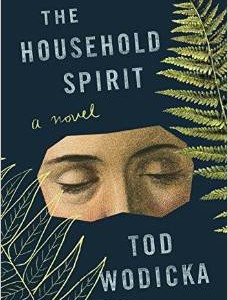 Ever since Howie Jeffries could remember, people had been asking him if anything was wrong. It was his face, mostly. The last...
© LitHub
Back to top