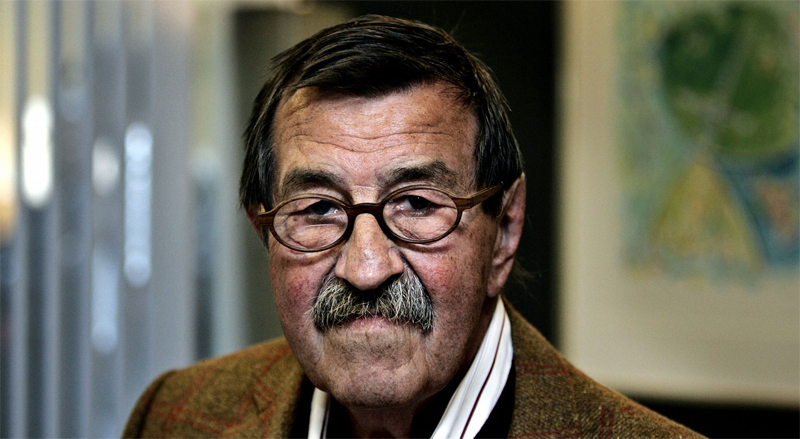 "We must never again build memorials / to victims we treated thoughtlessly"

TO PASS THE TIME

Reread books you finished long ago,
deliver indignant diatribes,
redate history, this time in reverse,
restore words you once crossed out,
plant young trees where the storm
felled the old,
see butterflies with closed eyes,
patiently count dead flies
fallen from the windowpanes,
chew memory like gum
that still has a little flavor left,
pass time with guessing games
and twiddling thumbs,
visit that spot in the cemetery
and now and then lie to the clock.

As a child by the fringe of the waves
on the Baltic rich with beaches,
I built high-towered castles
out of dripping sand:
barely finished, lapped on all sides
and dried by the wind, they quickly fell.
Each castle quickly fell.

They were done over 60 years ago, when I’d found a place to stay in the Caritas Home in Düsseldorf and began my apprenticeship as a stonecutter and mason, then later as a student at the Art Academy: more than two hundred works, drawings and watercolors on cheap paper.

Later I lived on Stockumer Kirchstraße. Horst Geldmacher—known as Flute—and I set up an atelier in the rear courtyard, in the attic of a stable that could be reached from the outside by metal stairs.

And under those stairs, between bulk rubbish and worn-out mattresses, Ekkart Peliccioni, who took over my room, found a packet I’d forgotten all about in my haste to leave Düsseldorf, almost in flight, early in January of ’53.

In mid-July this past year, he and his wife stood beside me as I untied the string that bound their aged gift. Musty old paper. Frayed edges, dog-eared, mouse-eaten, stained, brittle. The drawings seemed so unfamiliar. “These are by me?” Drawing after drawing revealed gaps in my memory. The watercolors—apparently done during and after my trip to France—reflected a new and changing scene. The ink drawings were done with a more self-assured and mannered hand. Closer to my heart were the portraits of old men from the Caritas Home, who modeled for me under the trees; I paid them two cigarettes per session.

Amazed, I rattled around in my memory, trying to find the young man in his early twenties in the studios of Professors Mages and Pankok. A few things took shape. Many cast no shadow. What was drawn before the currency reform and what after? I see Franz Witte juggling colors. Jazz jumps shrilly from Geldmacher’s flute. Jupp Beuys in Jesus sandals. What was the name of the porter at the Academy? I bribed him with postage stamps—a complete set of the Free City of Danzig—when I needed an easel, model stand, and turntable for the atelier on Stockumer. Who were the women who posed as models, slim or full-figured, while I drew nudes? Who was driven by such single-minded diligence? Who was I back then? What did I want to be or become? Who and what was left behind when I mounted the interzonal train to Berlin with my meager luggage—the midwife’s case stuffed with tools?

I left a city that, by clearing away the ruins, the image of war, had rid itself of memory as well. Now money and the newly rich were everywhere. I was terrified by the so-called miracle. Brightly polished bull’s-eye panes, top-fermented beer, Rhenish cheerfulness, the Altstadt and its pubs, where artists were part of the decor and pretended this was Paris on the Rhine. Impressed by the applause of satisfied beer bellies, some drank the night away.

Left behind was a bundle of used sketch paper, perhaps a few poems given to young women, and friends who later got caught in the city’s gears: Horst Geldmacher, who was forever smashing his flute, and Franz Witte, a genius going to waste . . .

Where did you go?
Leaping nimbly through the window
of the mental institution,
as I see you still, leaping
from car top to car top:
a blurred figure impossible to catch,
always off to somewhere else.

Your paintings held great promise.
What might you have become?
Perhaps an El Greco, reborn.
More likely—I fear—the gigolo
in a pleasingly fake bohemia.
I should have taken you with me, my friend,
when I made my getaway.

LIGHT AT THE END OF THE  TUNNEL

Today a newspaper equally committed to capitalism and cultural values carries a report on the situation in Greece. Fewer and fewer people can afford to heat their homes. No work and no pay has sapped their spirit, and cut off their gas as well.

So Greeks young and old have been sitting in freezing darkness since early winter, unable to heat their soup. Driven by necessity, they start open fires in their rooms or try to warm themselves with candles that give off some light; from Athens to Salonika, on islands large and small, homes are going up in flames. Sirens are heard everywhere, often arriving too late. There are reports of deaths.

Yet turning for advice to the paper I’m reading I learn that, with all due sympathy for the country’s situation, a positive lesson may be drawn: the economic restrictions imposed on the all-too-lavish Greeks are working. Moreover, the first signs of economic recovery are evident; the long-awaited gleam of light can be seen at the end of the tunnel.

The admonishing voices from Europe—not least the stern words of our chancellor—have been heard and followed, though still not in sufficient measure.

So anyone in the birthplace of democracy who owns a belt, this widely read newspaper suggests, had better pull it tighter, cinch it in notch by notch.

A mildew the rain can’t wash away
coats everything that happens now,
everything that brands the landscape.
Habit incapacitates us,
while consumption everywhere rises.
We grow and shrink at the same time,
good citizens turned good consumers
forking over whatever it costs, driven by desire,
market-oriented democrats
giving in willingly to a woman
who glares at us one day
and smiles kindly the next,
sugarcoating the pill that makes us meek as lambs.

What might disturb us is eloquently silenced;
she says nothing in so many words.
Anyone who gets too close is snapped at,
then fed to the media for breakfast.
She’s surrounded by special interests
sworn to lie in wait for profit,
who, like the Mafia, put the screws to her.
To “Mutti”—mommy, as we call her in jest—
we are a flock of children
who sometimes go astray.
But she has diligent lackeys on hand
to restore order without spilling blood,
pledged to keep us safe and quiet as we sleep.

She’ll deal with anyone till he’s milked dry
and dangling limply on the clothes hanger.
Even the socialists have crawled into bed with her,
paid off with crusts of charity.
A majority coalition, near megalomania,
reflects its power with foolish pride.
Soon we’ll be hearing, as if in passing,
the abdicated Kaiser’s immortal words,
slightly softened in Mutti’s own style:
We’re not quite there yet,
but—used sparingly—we might be
marketed, not as pepper, but as
the salt of the earth.

We’re not descended from apes. We’re extraterrestrial in origin and strangers here, for millions of years and more ago an overpopulated planet had to lighten its load. The old had no wish to die; new generations grew rampant. So it came to pass that airships similar to legendary UFOs flew over a largely overgrown region of green that later, much later, we called Africa. Rich in wildlife, it appeared impenetrable. Barely landed, the ships unloaded their cargo: surplus individuals of both sexes, as well as convicts and bands of teenagers, all more or less resembling us.

At first they made a civilized impression; even the convicts behaved in an orderly fashion, shaved, combed their hair. Their belongings, stowed in shipping crates, were equally sensible: tins of food, mineral water, toothbrushes, toilet paper, makeup kits, battery-driven vehicles and all sorts of technical odds and ends, with their knowledge stored on chips. But deadly weapons were part of their equipment too.

It wasn’t long before they felt the effects of the climate. Supplies ran out. Medicines proved useless. Gear rotted. Their knowledge was not enough. And since their home planet sent no one after them, starvation reduced their numbers. Exposed to an alien environment, few survived. Those who remained were forced to adapt; they turned wild, stopped shaving, no longer bothered to brush their teeth. Shaggy-haired, they forgot where they came from, their nameless planet. Legends were their only reminder.

Time passed unmeasured. As our remaining ancestors increased in number, they split into tribes, drifting from place to place, became hunters and gatherers. They battled each other with hand axes, clubs, and later, much later, sharp metal spears.

This history we know, down to our day. Only when we search for planets light-years away may we see, amid a shimmering galaxy, one that was once our home. Spurred on by homesickness, we send spaceships into the universe—in search, in costly search. Ah, if we had only stayed home, we wouldn’t have to believe in Darwin and his fairy tales about the apes, in the deeply rooted, irradicable once upon a time . . .

WHEN, AS REQUIRED BY  LAW

millions of tomcats and stray dogs
were castrated, first here, then everywhere,
the razor-sharp thought occurred,
with an eye to mankind,
that in light of overpopulation,
similar cuts might be necessary;
soon it will be law, first here, then elsewhere.

The butterfly’s question “Is life just a dream?” has been transformed into a popular form that eats facts, then digests and excretes them as fiction. We are told that our egos exist only in cyberspace; everything that lives and communicates is digital; anything outside the Internet just feigns existence. We are immortal only if we are registered and stored as data.

So street fighting in Aleppo and Homs merely feeds data banks; the bombs exploding daily in Iraq and the dead laid out under sheets are fake corpses, copied from computer games, which are real; Gaza is just a hoax, ridiculed by millions of users, just one more shitstorm.

In order to speak at all, such common doubts must be swept aside. For if I say, in the somewhat questionable guise of a real person, that once the so-called German army has withdrawn from a far distant land, thousands of Afghanis who aided our returning soldiers will be left exposed to the hate and revenge of the Taliban because we deny them asylum, I am stating facts for which we bear responsibility, even if those facts have already been turned into easily digested fodder for the giants bred in Silicon Valley.

In spite of this, some friends and I wrote an appeal entitled “Emergency Call” in nonfading ink on paper that actually rustled. Yet a nationally distributed newspaper refused to publish it: “We don’t publish appeals!”

BEFORE IT’S TOO  LATE

Let no one say, as too often in the past,
we didn’t know.

Not one among the silent righteous
will be spotless.

No one can spend the week in silence
and be absolved on Sunday.

We must never again build memorials
to victims we treated thoughtlessly.

No one will look in the mirror
without reflecting guilt.

The shame in flowerpots
is rooted in the past.

From Of All That Ends. Used with permission of Houghton Mifflin Harcourt. Copyright © 2015 Steidl Verlag, Goettingen, Germany. Translation copyright © 2016 by Breon Mitchell.

Günter Grass (1927–2015), Germany's most celebrated contemporary writer, attained worldwide renown with the publication of his novel The Tin Drum in 1959. A man of remarkable versatility, Grass was a poet, playwright, social critic, graphic artist, and novelist. He was awarded the Nobel Prize for literature in 1999. 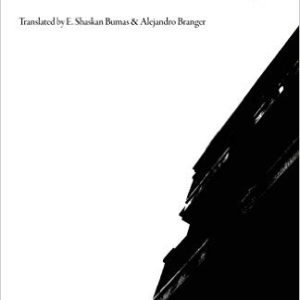 The Garden of Epicurus That's what María-Águila called the tiny green space behind her house. Though it was only a block...
© LitHub
Back to top
Loading Comments...