Playlist for a Classic Novel: To the Lighthouse

10 songs for Virginia Woolf's classic (the First in a Series)

“I think of all my books as music before I write them,” Virginia Woolf once said. It shows—her work isn’t necessarily what I’d call musical, but it is rhythmic, both formally and thematically, indicative of an internal melody. Woolf was an avid music fan, of course, and I won’t venture to guess what she was actually listening to—in her head in her room—when she was writing her masterpiece To the Lighthouse. But below, I have given my impressions of the novel in musical, or rather playlist, form—a sort of reverse-engineering of Woolf’s own process.

The thing I always say about To the Lighthouse to those who haven’t read it is that it’s the closest a novel has ever come to feeling like direct experience for me. That is, it feels like a reflection of consciousness as opposed to something external to it, which also seems to me to be a quality of (good) music. E.M. Forster called To the Lighthouse “a novel in sonata form”—as it is split up into three sections—movements, as it were—so shall this playlist be.

In the first section of To the Lighthouse, Mr. and Mrs. Ramsay and their various friends have gathered at the Ramsays’ summer home, and embark on various amorous, artistic, and philosophical pursuits. Thematically, this is the happiest part of the novel, abuzz with the busy loudness of life, the push and pull, the will we go to the lighthouse tomorrow, the dinner, the boeuf-en-daube, the society of others—all of this conflicted but essentially joyous.

1. “Summertime Clothes,” Animal Collective
In the novel, Woolf moves in and out of her characters’ minds indiscriminately, sometimes changing perspectives in the middle of a sentence. Animal Collective’s fuzzy, messy music always puts me in mind of this er, collective manner of representation—and this song in particular is evocative of the frantic energy and frazzled joy of a summer vacation.

2. “Bloom,” Chymes
Speaking of Woolf’s fluid perspectives, the lyrics to the chorus of this moodier track are pretty apt:  “I’ve wrapped you around my mind/All your words, they flow into mine.” Tonally, it’s a good reflection of some of Mrs. Ramsay’s quieter moments—or perhaps Lily’s, looking at her.

3. “The Hissing of Summer Lawns,” Joni Mitchell
I’ve always found this song to be weird, but also perfectly evocative of summer evenings. I feel like Lily would totally jam out to this while working on her painting.

4. “It’s Only Life,” The Shins
All of the messy confusion of the first section culminates in a dinner party (enter the boeuf-en-daube). Things seem to fall into place, but even this only serves to remind Mrs. Ramsay of the transience of life. The easy melody and uplifting message—but ultimate melancholy—of this song seems to me to suit, rather.

Ten years, in fact. The house that once held so much life stands empty, and decays. So do some of the people we’ve met, including Mrs. Ramsay, who departs this life between parentheses. The narrator is now time, perhaps, or the house, perhaps, or something else:

So loveliness reigned and stillness, and together made the shape of loveliness itself, a form from which life had parted; solitary like a pool at evening, far distant, seen from a train window, vanishing so quickly that the pool, pale in the evening, is scarcely robbed of its solitude, though once seen. Loveliness and stillness clasped hands in the bedroom, and among the shrouded jugs and sheeted chairs even the prying of the wind, and the soft nose of the clammy sea airs, rubbing, snuffling, iterating, and reiterating their questions—“Will you fade? Will you perish?”—scarcely disturbed the peace, the indifference, the air of pure integrity, as if the question they asked scarcely needed that they should answer: we remain.

By the end of this short section, however, all this lament and dissolution is interrupted: the cottage comes to life again, as Mrs. McNab begins to prepare it, as best she can, for the return of Mr. Ramsay and his guests.

5. “The Moonlight Sonata,” Beethoven
No pop music for Time Passes, sorry. Only the best for this devastating section—and I can’t really think of a better soundtrack to a house on the beach going forgotten.

6. “Path 19 (yet frailest),” Max Richter
Another sad one, and almost minimalist. I actually discovered Max Richter through his album Three Worlds: Music from Woolf Works (the works in question are Mrs. Dalloway, Orlando, and The Waves, which really doesn’t help me for this particular project, Max), so perhaps there’s some cross-pollination going on here. But I still think this song is an empty dream, perfect for this section.

Well, in The Lighthouse they go to the lighthouse—at long last. Not, of course, without almost everything of import having changed, though several of the living characters are back, filling roles and spaces that may fit them yet, or may do so oddly. The loss of Mrs. Ramsay is deeply felt by all. There’s a sense of a journey being completed in this section, but the joy to be found is only a pale reflection of the previous joy. Much has been lost, not only Mrs. Ramsay, and not all of it comprehensible to those that once held it.

7. “Unravel,” Björk
I hear Lily’s longing for Mrs. Ramsay in this song. I also have a sneaking suspicion that Virginia Woolf would have been best friends with Björk.

8. “8 (circle),” Bon Iver
The cacophony of melancholy at the end of this watery, midnight song clinches it.

9. “(No One Knows Me) Like the Piano,” Sampha
The piano in Mrs. Ramsay’s house plays a significant metaphorical role in this novel—on Mr. Ramsay: “It was a splendid mind. For if thought is like the keyboard of a piano, divided into so many notes, or like the alphabet is ranged in twenty-six letters all in order, then his splendid mind had no sort of difficulty in running over those letters one by one, firmly and accurately, until it had reached, say, the letter Q.”—and the lyrics to this melancholy-yet-hopeful song make me think of James at the end—missing his mother, on a boat with his father and sister, finally going to the lighthouse, profoundly lonely but perhaps in a position to reconnect to what family he has left.

10. “Swim Good,” Frank Ocean
Okay, so the details aren’t exactly right, but there’s something about this song—and the (problematic) idea of the ocean as a place of redemption and renewal that reminds me of James, and even Mr. Ramsay.

What Does it Mean to Set Your Novel at Harvard? 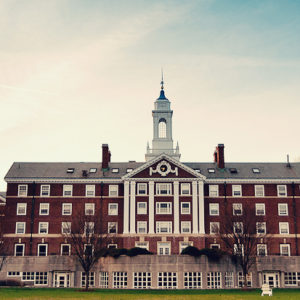 What Does it Mean to Set Your Novel at Harvard?

Many writers have explored elite academic environments in the novel form—from literary treatments like The Marriage Plot...
© LitHub
Back to top