Playlist for a Classic Novel: The Lover

Many people, particularly female literary writers (I’ve noticed) can remember exactly where they were when they first read The Lover—and where they were when they read it again and again. It’s a beautiful, intense book, both cold and sensual, both diamantine and blurry. Set in prewar Indochina, it’s famously the story of a fifteen-year-old French girl’s affair with an older Chinese man, but that’s just the talking point—so much of it is about memory, and family (particularly her violent brother and her manic depressive mother), race and class and the casual indignities of living in poverty. As Catherine Lacey put it, “It’s billed as a love story, but it’s really more about a woman coming to terms with the idea of love in a vacuum, of a woman coming to terms with her own potency and power and contradictions.”

Technically, the book’s “affair” is statutory rape, a topic that is not unknown to great literature. But unlike in Lolita, the teenage girl here retains control, if not always of the situation, then completely of the narrative. What’s more, the affair is clearly a female fantasy, apparently the author’s (or at least the narrator’s) own. On the other hand, it’s all complicated by money—this man can feed her family, she knows, and sometimes he does. It resists a simple reading, in any event. Take this moment:

I tell him to come over to me, tell him he must possess me again. He comes over. He smells pleasantly of English cigarettes, expensive perfume, honey, his skin has taken on the scent of silk, the fruity smell of silk tussore, the smell of gold, he’s desirable. I tell him of this desire. He tells me to wait awhile. Talks to me, says he knew right away, when we were crossing the river, that I’d be like this after my first lover, that I’d love love, he says he knows now I’ll deceive him and deceive all the men I’m ever with. He says as for him he’s been the cause of his own unhappiness. I’m pleased with all he’s foretold, and say so. He becomes rough, desperate, he throws himself on me, devours the childish breasts, shouts, insults. I close my eyes on the intense pleasure. I think, He’s used to it, this is his occupation in life, love, nothing else. His hands are expert, marvelous, perfect. I’m very lucky, obviously, it’s as if it were his profession, as if unwittingly he knew exactly what to do and what to say. He calls me a whore, a slut, he says I’m his only love, and that’s what he ought to say, and what you do say when you just let things say themselves, when you let the body alone, to seek and find and take what it likes, and then everything is right, and nothing’s wasted, the waste is covered over and all is swept away in the torrent, in the force of desire.

The novel, which Duras herself scorned—she said it was “trash,” that she’d written it while drunk—won the Prix Goncourt, and became an international bestseller. But what might Duras have been listening to as she wrote (besides the buzz of wine, I suppose)? Below, a list of songs to soundtrack this novel of outcast love and lost youth.

Told as it is from a remove of many years, this book is so much about the overlay of age and youth, and about considering the loss of the latter. At fifteen and a half, the protagonist of this novel is already more grown-up than she should be, and what little youth she has left is soon to evaporate. “Very early in my life it was too late,” begins the novel’s third paragraph. “It was already too late when I was eighteen. Between eighteen and twenty-five my face took of in a new direction. I grew old at eighteen.” This song by French singer Camille (the title translates to “The Young Girl with White Hair”) is both lyrically and tonally apt: melancholic, layered, and lonely.

The song that most carefully captures the way those hazy, hot-skinned high-school love affairs feel in retrospect—if generally not in practice. Ideal for this novel, which Duras meant, originally, to be a book of photos from her life, attended by captions. So in a way, the entire novel is a set of workings-over of old memories, spurred by photos that are both there and not there.

So, perhaps my age is showing itself—this song was huge for teenage me. But no matter. This song evokes something specific to teenage girlhood that the book evokes too: a kind of fervid, half-rotten existence, tense and languid in equal measure, abusive and critical and deeply, helplessly romantic.

I think a girl who compulsively wears a man’s hat and sparkly high-heels might appreciate the off-kilter, genre/gender-bending CocoRosie, particularly this song, about solitude, and seeking: “Perhaps I’m just teething for a foreign fallen destiny/ Miserable but mine.”

In addition to just being an abominably sexy song, it’s also one that puts the speaker—the woman—in complete control of the encounter.

This weird Lykke Li song begins in relative sweetness, the female speaker taking control of the situation: Follow these instructions. Do exactly as I do. Lean your shoulders forward. Let your hands slide over to my side. Move your body closer. Let your heart meet mine.” But as we continue through almost four minutes of repetition, the sweetness slowly gets turned up too high, until we wind up with those echoing “you’ll be the rythm and I’ll be the beat”s, and it’s almost scary.

I mean, Fiona Apple is the patron saint of distraught and disaffected teenage girls, is she not? The semi-menacing, almost circus-like orchestration and big-girl-lost lyrics of this track make it particularly evocative of this novel: “Everything good I deem too good to be true/ Everything else is just a bore/ Everything I have to look forward to/ Has a pretty painful and very imposing before.”

“Tilted,” Christine and the Queens

More upbeat than most of the other songs on this playlist, but reflective of the playful, brazen girl at the beginning of this novel. “He says the hat suits her, suits her extremely well, that it’s very . . . original . . . a man’s hat, and why not? She’s so pretty she can do anything she likes.” Such a girl might very well do her face with magic marker, if she had a mind to.

Yes, sorry (not sorry), more Broken Social Scene. But somehow I get the feeling that the protagonist of this novel would be enchanted by the idea of lovers cleaning each other’s faces with their spit, and drinking it, and sitting around, waiting to grow old.

A classic French ballad about growing old: “The old don’t speak any more, or else only from the corners of their eyes . . .” Perhaps ironic for the present-day narrator of The Lover, who will indeed speak, but melancholy and lovely.

How Hard Do You Have to Crash Before You Talk About War? 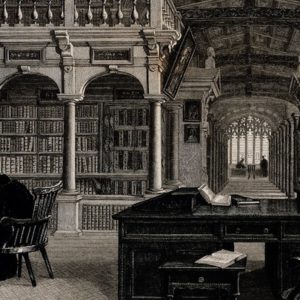 A PhD student approached me after a writing workshop to recount his tale of woe. “I write these messy, incoherent first...
© LitHub
Back to top