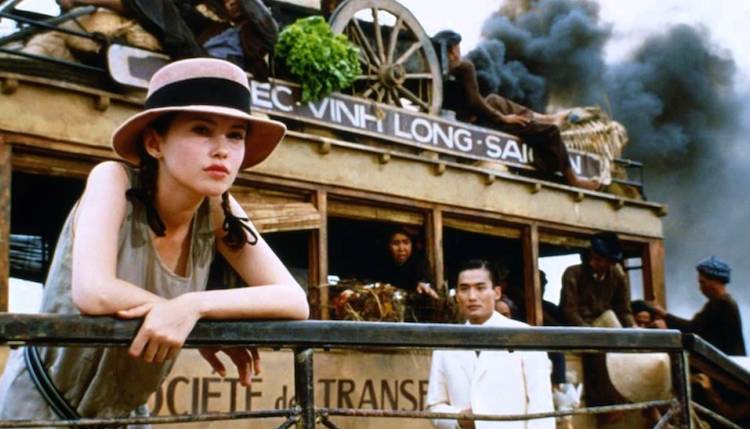 The first time I encountered Marguerite Duras’s The Lover was in a used bookstore in Vermont, over a decade ago. I remember the store’s stone façade, the summer light coming through the windows, the narrow, dusty aisles. As it happened, I was browsing books with a man I would end up falling in love with and, years later, marrying. He kept asking me if I had read this and that and I hadn’t. I was in my early twenties and had only been seriously reading fiction—or much of anything—for a few years. In the bookstore, there was a wave of relief when I spotted Turn of the Screw: I had not read that novel, but at least I had heard of Henry James.

After a while, he picked up a book with an enigmatic, wide-eyed young woman on the cover. He wanted to know if I had read Duras. Once again, I had not.

“You will love Duras,” he said, handing over The Lover. I registered the title, wondering if it was some kind of romance novel.

I started The Lover on the flight back to Florida, where I was living at the time, compelled and confounded by a novel that opens as this one does:

One day, I was already old, in the entrance of a public place a man came up to me. He introduced himself and said, “I’ve known you for years. Everyone says you were beautiful when you were young, but I want to tell you I think you’re more beautiful now than then. Rather than your face as a young woman, I prefer your face as it is now. Ravaged.”

What a fearless plunge of an opening. What a masterful command of tone. So much of the novel’s obsessive quintessence is laid bare before the reader: youth, death, the scars carved out by history and experience. What a lesson in narrative authority.

The second encounter was in Florida, in an attempt to recover from the first. The third was in a French literature class in graduate school. The fourth was in Baltimore, in preparation to teach the novel. Again in Boston and again in Maine, near winter.

There are so many books in the world. There are so many books that, over the course of my lifetime, I will never read. Maybe driven by this knowledge, or maybe because I got something of a late start as a reader, I am not a chronic re-reader of novels, preferring instead to keep bounding into the unknown. I do, however, have a very small group of books I continually revisit, The Lover chief among them.

Through the years, I have come to think of The Lover as a lake without a bottom, or perhaps more accurately with a bottom that is ever-shifting: each dive yields an altered and enriched understanding of the topography, and there is the sense that you could dive forever and never grasp that topography absolutely. The first time I read it, on the edge of love myself, I was swept up in the eroticism of the affair between the teenage narrator and a man in his twenties. The desperate, romantic, operatic sweep of the final lines, an ending made all the more luminous because it is tempered with Duras’s ruthlessly truthful powers of observation. In subsequent readings, I was unnerved by the torturous relationship between the narrator and her elder brother, “the child killer of the night,” and the affair, though still deeply compelling, became tainted with painful disbalances of power in both directions: age, experience, class, economics, race. In teaching the book, the conversation often looped back to the structure, which is guided by image and repetition, a kind of dream-logic, as opposed to conventional narrative patterns. In an even later reading, The Lover seemed to be most urgently a story about a young woman awakening to artistic desire: “I want to write. I’ve already told my mother: That’s what I want to do—write.” In my most recent reading, I was moved to consider the act of self-narratizing, of trying to lay the pieces of one’s story down on the page and reckoning with what shows up, and all the confrontations and evasions that tend to accompany such an act.

In every reading, I have been stunned still by language that is at once crystalline and enigmatic: “The light fell from the sky in cataracts of pure transparency, in torrents of silence and immobility. The air was blue, you could hold it in your hand. Blue.”

Autobiographical novels are sometimes associated with youth, but The Lover was published in 1984, when Duras was 70, which is to say it was a work that arrived late in her career as a writer—and also late in her career as a serious alcoholic, though The Lover was written during a period of relatively new sobriety. Several years after the publication of The Lover, Duras fell into a coma that lasted for months (she recovered). By 81, she would be dead of cancer. When reading The Lover I can’t help but feel the gale-force power of an artist who has been on edge of death and who will continue to revisit that edge.

Earlier this year Symphony Space, in honor of the 30th anniversary of The Lover, hosted a panel discussion featuring Catherine Lacey, Kate Zambreno, Akhil Sharma, and Francoise Mouly. I was not able to attend the discussion, but listened to an audio recording with great interest. At one point Zambreno described The Lover as being both “minimalist and excessive somehow” and likened the novel to a “A self-portrait… A woman’s looking in the mirror in the middle of the night,” while Mouly suggested that Duras aspired to “reinvent literature in such a way so it could be read in such completely different sets of interpretations.” Indeed. The Lover’s ability to hold multiple positions—i.e. minimalist and excessive—and the divergent interpretations among readers are not a symptom of the novel’s disorganization, but rather its immense richness and complexity. I’ve frankly always been a bit baffled by readers who describe The Lover as jumbled or rambling; I find the structure to be a masterwork of precision. Yet there is a kind of illusionary looseness that is related to the book’s desire to capture the essence, as opposed to the visible reality, of experience. Or, to quote Steven Millhauser, “the blazing thing that deserves the name of reality.”

In The Lover, the multitudes of experiences that can exist within a single experience, and the way those experiences ripple outward over the course of a life, are powerfully felt. The novel approaches the affair and its consequences from a multitude of angles, like a piece of faceted glass reflecting light. “It comes at you from every single angle,” Catherine Lacey noted in the Symphony Space discussion, and the near-infinite layering was reflected in the question and answer portion that followed, where the inquiries ranged from whether the narrator was crossing the preordained racial boundaries of the times for love; to how the novel served as yet another artifact of Duras’s histrionic and fascinating life; to the political history of Vietnam; to the landscapes of colonialism, economics, and class; to narrative structure; to the fluidity of the point-of-view, which toggles between first and third. Inherent in these questions was often the sense of the personal and wide-ranging responses the novel had inspired in its readers.

Not all the panelists partaking in the discussion were equally impressed with The Lover, however. Akhil Sharma described his reaction to the novel thusly: “For me as a reader, having not lived her life and not knowing anything about her, it is not material that is accessible to me.” Certainly The Lover resists definite moral conclusions—just how are we intended to read this story? Is the narrator undergoing a true sexual awakening? Prostituting herself to save her family from financial ruin? Are her lover’s romantic sentiments at the end to be believed? Still, Sharma’s reaction, though understandable, was striking to me because my experience with The Lover was precisely the opposite. In Vermont, I had never heard of Marguerite Duras, I knew nothing of her body of work or personal history, I knew nothing of the Nouveau Roman, the literary movement Duras was associated with. Yet that sensation of encountering a novel so deeply invested in representing not only an experience, but the way experience operates, remains one of my most transformative moments of contact as a reader.

The Lover is closed and open in the way experience, and even artistic process, is. There is an end and there is no end; both those realities must exist alongside each other. The novel is circular in its structure of repetition and imagistic touchstones, but not definitive. The circle is open and it is opens up into a sea of mystery and encourages a private sea of mystery to open up within the reader.

In the years I have been reading The Lover, I have moved seven times. Some boxes of books have been packed and lost. Many other books have been given away, in an effort to lighten the load. But The Lover is one of the few books in my collection that continues to multiply. I have lost track of how many copies I own, all with the same mysterious young woman on the cover and each time I open the novel, it’s like this: you dive deep into the lake, you reach down, and you find the bottom has shifted once again. 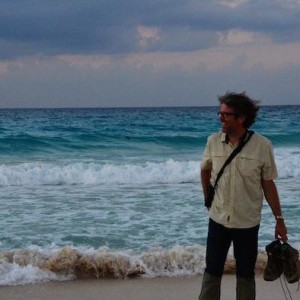 Purity’s pub date is September 1; early reviews are popping up, along with the usual foot-in-mouth Franzen quotes, like...
© LitHub
Back to top