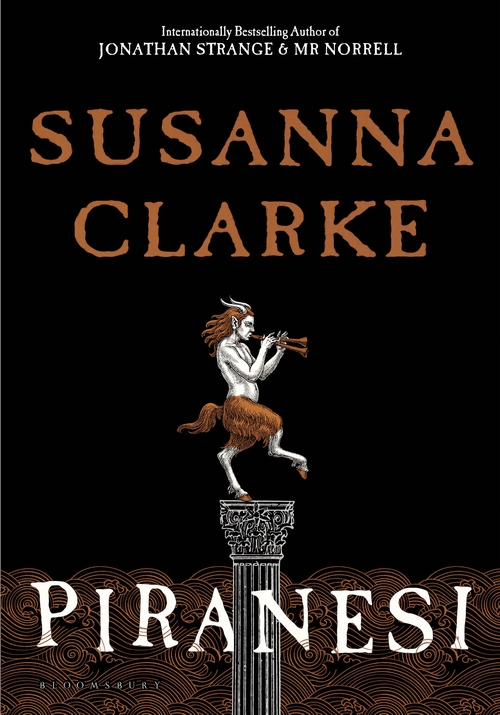 The following is excerpted from Susanna Clarke's new novel, Piranesi. Clarke's debut novel Jonathan Strange & Mr Norrell was longlisted for the Man Booker Prize and shortlisted for the Whitbread First Novel Award and the Guardian First Book Award. It won British Book Awards Newcomer of the Year, the Hugo Award and the World Fantasy Award in 2005. She lives in Derby shire.

This morning at ten o’clock I went to the Second South-Western Hall to meet the Other. When I entered the Hall he was already there, leaning on an Empty Plinth tapping at one of his shining devices. He wore a well-cut suit of charcoal wool and a bright white shirt that contrasted pleasingly with the olive tones of his skin.

Without looking up from his device he said, “I need some data.”

He is often like this: so intent on what he is doing that he forgets to say Hello or Goodbye or to ask me how I am. I do not mind. I admire his dedication to his scientific work.

“Certainly,” he said. “In fact, I won’t get far if you don’t. Today the subject of my research is,”—at this point he looked up from what he was doing and smiled at me—”you”. He has a most charming smile when he remembers to use it.

“Really?” I said. “What are you trying to find out? Do you have a hypothesis about me?”

“I can’t tell you that. It might influence the data.”

“That’s OK,” he said. “It’s natural to be curious.” He placed his shining device on the Empty Plinth and turned around. “Sit down,” he said.

I sat on the Pavement, cross-legged, and waited for his questions.

“Comfortable?” he said. “Good. Now tell me. What do you remember?”

“What do I remember?” I asked, confused.

“As a question it lacks specificity,” I said.

“Nevertheless,” he said. “Try to answer it.”

“Well,” I said. “I suppose the answer is everything. I remember everything.”

“Give me some examples of the things you remember.”

He is often like this: he forgets to say Hello or Goodbye or to ask me how I am. I do not mind.

“Well,” I said, “suppose you were to name a Hall many days journey from here. Providing that I had visited it before, I could immediately tell you how to get there. I could name every Hall you would need to travel through. I could describe the notable Statues you would see on the Walls, and, with a reasonable degree of accuracy, I could tell you their positions—which Wall they stood against, whether North, South, East or West—and how far along the Wall they stood. I could also enumerate all the . . .”

“What about Batter-Sea?” asked the Other.

I waited for the Other to explain, but he said nothing. I could see that he was observing me closely and I was sure that this question was crucial to whatever research he was conducting, but as to how I was supposed to answer it, I had not the least idea.

“Batter-Sea is not a word,” I said at last. “It has no referent. There is nothing in the World corresponding to that combination of sounds.”

Still the Other said nothing. He continued to gaze at me intently. I gazed back, troubled.

Then: “Oh!” I exclaimed, light suddenly dawning. “I see what you are doing!” I started to laugh.

“What am I doing?” asked the Other, smiling.

“You need to find out if I am telling the truth. I just said that I can describe the way to any Hall that I have previously visited. But you have no way of judging the truth of my claim. For example, if I were to describe the Path to the Ninety-Sixth Northern Hall, you would not know if my directions were accurate because you have never been there. So you have asked me a question with a nonsense word in it—Batter-Sea. Very cunningly you have chosen a word that sounds like a place. A place that is battered by the Sea. Now if I were to say that I remembered Batter-Sea and then described the way there, you would know I was lying. You would know I was simply boasting. You have put this in as a control question.”

“Have you more questions for me?” I asked.

“No. All done.” He was about to turn away to enter the data in his shining device, but something about me caught his attention and he gave me a puzzled sort of look.

“Your glasses. What happened to them?”

“The arms are wrapped round and round with strips of something,” he said. “And the ends hang down at the sides.”

“Oh! I see,” I said. “Yes! The arms of my glasses keep breaking off. First the left. And then the right. The salt-laden Air corrodes the plastic. I am experimenting with different methods of mending them. On the left arm I have used strips of fish leather and fish glue and on the right arm I have used seaweed. That is less successful.”

In the Halls beneath us the incoming Tide struck a Wall. Boom. It withdrew, surged forward through the Doors, and struck the Wall of the Next Chamber. Boom. Boom. Boom. Withdrew again; surged forward again. Boom. The Second South-Western Hall thrummed like the plucked string of an instrument.

The Other looked anxious. “That sounded really close,” he said. “Oughtn’t we to be getting out of here?” He does not understand the Tides.

“OK,” he said. But he was not reassured. His eyes widened and his breathing became more shallow and rapid. He kept glancing from Door to Door as though expecting to see Water pouring in at any second.

Once the Other was in the Eighth Northern Hall. A strong Tide from the Northern Halls rose in the Tenth Vestibule, followed moments later by an equally strong Tide from the Eastern Halls in the Twelfth Vestibule. Vast quantities of Water poured into the surrounding Halls, including the one where the Other was. The Waters plucked him up and carried him away, sweeping him through Doors and battering him against Walls and Statues. Several times he was completely immersed, and he expected to drown. Eventually the Tides cast him up on the Pavement of the Third Western Hall (a distance of seven Halls from where he began). That is where I found him. I fetched him a blanket and hot soup made of seaweed and mussels. As soon as he was able to walk, he took himself off without a word. I do not know where he went. (I never really know.) This happened in the Sixth Month of the Year I named the Constellations. Since then the Other has been afraid of the Tides.

“Yes,” I said. “In five minutes, the Tide will reach the Sixth Vestibule and mount the Staircase. The Second Southern Hall—two Halls east of here—will be flooded for an hour. But the water will be no more than ankle deep and it will not reach us.”

He nodded, but his anxiety levels remained high and he left a short while after.

In the early evening I went to the Eighth Vestibule to fish. I was not thinking about my conversation with the Other; I was thinking of my supper and of the beauty of the Statues in the Evening Light. But as I stood, casting my net into the Waters of the Lower Staircase, an image rose up before me. I saw a black scribble against a grey Sky and a flicker of bright red; words drifted towards me—white words on a black background. At the same time, there was a sudden blare of noise and a metallic taste on my tongue. And all of the images—no more than fragments or ghosts of images really—seemed to coalesce around the strange word, “Batter-Sea”. I tried to get hold of them, to bring them into sharper focus, but like a dream they faded and were gone.

Walter Mosley: When I'm Telling a Story I Imagine the Eavesdropper Over My Shoulder 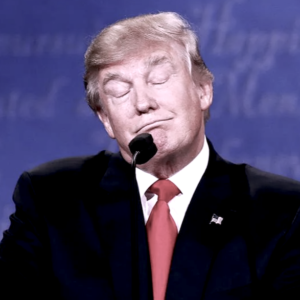 Civility and So-Called Objectivity is No Way to Contain a Plague of Lies “Nazism permeated the flesh and blood of the German people through single words, idioms, and sentence structures which...
© LitHub
Back to top