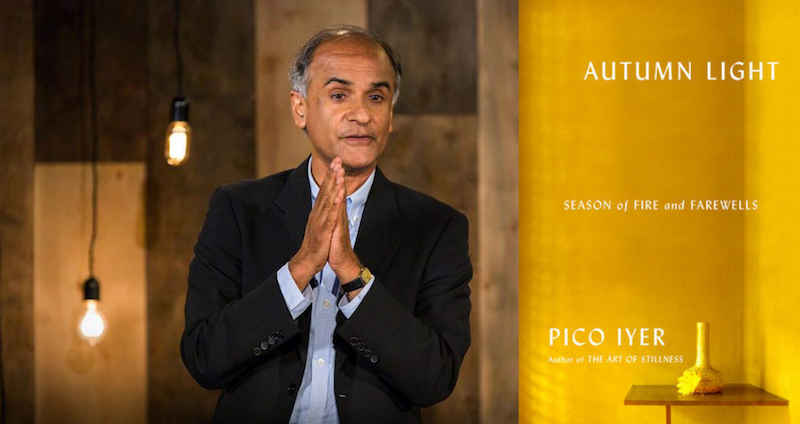 On this episode of The Literary Life podcast, Mitchell’s guest is Pico Iyer. Part monk, part reveler, the British born American of Indian parents has written ten acclaimed nonfiction works, two novels, and hundreds of journalistic articles. Pico shares his personal blend of philosophy, inner quiet, thoughts on his friend, the Dalai Lama, and his new book, Autumn Light, a reflection on his life in Japan. This conversation was recorded at Books & Books in Coral Gables.

Pico Iyer: 24 years ago, when I came here to Books & Books the shop was a third of the size what it is now, and you’ve open three or four new shops in the meantime. I’m so thrilled, because one of my senses is that people talk about books as an endangered species and writers as out-of-sync with the times, and yet there are places such as this which remind us otherwise. What I feel, since I’m a reader as much as a writer, is really we’re in a golden age of literature. There are more wonderful books coming out than ever before, especially from people in their twenties. I don’t think the written word is dying; it’s just that some of us are not paying enough attention to it, and not learning attention from it.

Mitchell Kaplan: I think you’re absolutely right, and not only people who are younger but also the world of publishing has opened itself up to diversity in a way that I had never seen before.

PI: Yes, absolutely. For example, in my field which is travel writing, when I was a little kid most travel writing, sad to say, was written by English people traveling around the world and remarking on the strange ways of the natives. Now, half of it is written by women and people coming from a myriad of background, like Zadie Smith writing about England and its curiosities. The world has gotten so much more interesting in our lifetimes.

MK: When I was thinking about speaking with you today, I came across a poem by Basho from the Knapsack Notebook and it goes like this: “People often say that the greatest pleasures of traveling are finding a sage hidden behind weeds or treasures hidden in trash, gold among discarded pottery. Whenever I encountered someone of genius, I wrote about it in order to tell my friends.”

PI: Beautiful. That’s why I come to Miami to hear sentences like that.

MK: A good start . . . I thought we should talk first about people who might not know is a little bit about your background on how you got into writing about travel, because you’ve written novels as well.

PI: I had the rare good fortune of being born in Oxford, England, to parents from India. When I was seven, my parents moved to Santa Barbara, California. By the time I was in the second grade, I was a curious little creature with an Indian face and an English voice and an American green card. Even then, I was thinking what a rare blessing in that I was given three sets of eyes. Three ways of looking at the world, and I can bring them into fresh combinations. I can see California with English eyes, and England with Californian eyes. Then, because of the difference in educational systems, I started going to school by myself, flying alone over the North Pole three times a year by the age of nine. To get a fairly tough education in a 15th-century boarding school and to spend your holidays three times of year in the Summer of Love in the middle of hippie California, it couldn’t have been a better combination.

Growing up like that, and making those trips at the age of nine, travel came to be my second nature. I really felt at home most in the passageways or the conspiracies between couches rather than any one fixed places. I wasn’t entirely English. I could never be Californian. But something in the confluence of the two, that was me. One of the happiest developments of my life was what seemed so unusual then is now the norm. If I look around Miami, Los Angeles, or San Francisco, most of the kids I meet are much more international than I am and doing everything I was hoping to do, times ten. 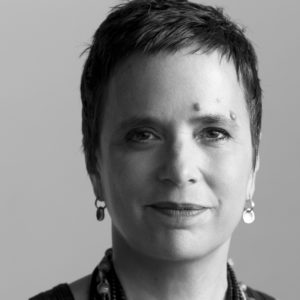 I am done waiting. My father is long dead. He will never say the words to me. He will not make the apology. So it must be imagined....
© LitHub
Back to top