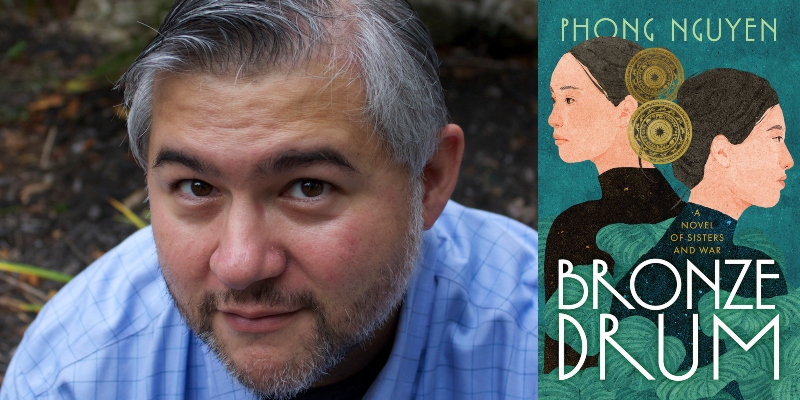 In the wake of Nancy Pelosi’s recent visit to Taiwan, fiction writer Phong Nguyen joins Fiction/Non/Fiction hosts V.V. Ganeshananthan and Whitney Terrell to discuss China’s interests abroad. Nguyen speaks about his new historical novel Bronze Drum, in which he retells the story of Viêt sisters who led an army of women in battle against their Hán Chinese occupiers. He explains how their actions laid the groundwork for an independent Vietnam, and considers modern relationships between China and other countries around the world.

Whitney Terrell: Your recently published novel Bronze Drum is about two Vietnamese sisters who lead an army of women to a brief victory over the Hán Chinese occupiers in their country. The story begins in ancient times, specifically the year 36. What the sisters do lays the foundation for a modern and independent Vietnam. Vietnam is on China’s southern border, and I think that people today often recall that Vietnam was a French colony. But I don’t think the popular imagination includes the Hán Dynasty’s rule there. Could you talk about this period of Chinese occupation in Vietnam? How did it start and when did it end?

Phong Nguyen: The Hán occupation of what was then known as the Lac Viet territories, and the larger Nanyue territory, which encompass not just what is modern-day northern Vietnam but southern China as well, started with the Hán-Nanyue War in about 111 BCE. That particular period of Chinese dominance ended with the Trưng Sisters Revolution. This was followed up by another period of Chinese domination of the region, which lasted for about 800 or 900 years, the 10th century. C

hina has invaded what are the borders of modern-day Vietnam too many times to count, but there have been really four periods of domination, and the most recent period ended in the 15th century, in the early 15th century with the victory of King Le Loi, who is famous for a kind of Arthurian legend, where he gets a sword from the water of the Hoàn Kiếm Lake—Hoàn Kiếm means the “return sword lake”— and so after he fends off the Chinese occupation, he returns the sword to the lake signifying that hostilities are over. We have to engage in peace with the same fervor with which we engaged once in war.

V.V. Ganeshananthan: It’s complicated to talk about. China’s an occupying power because, of course, China was occupied by the Japanese during World War II and has experienced Western imperialism, particularly from Britain. But as your book points out, China has this history also of being an occupier. There’s Vietnam, there’s also Tibet, which China invaded in 1959, China fought a territorial war with India in ’62. And there are disputes over the border between China and India today.

And there’s China’s famed Belt and Road Initiative, which involves investments in infrastructure in Southwest and Central and South Asia, as well as the Middle East and Africa, which is arguably a form of economic imperialism, and a partial invasion of Vietnam in ’79. And then, as we’ve already mentioned, China’s continued claims that they actually own Taiwan. Am I leaving anything out?

PN: You’re not leaving anything out. But specifically, Kashmir is not only disputed by Pakistan and India, but also China has some less immediate claim that they sometimes will assert. I think you already kind of referred to that, but not specifically Kashmir.

WT: In the historical period of the novel, what was China? Or what were the Hán Chinese like as an occupying power? What were their goals? How do they govern? Were they cruel, benevolent? Is there anything we can learn about contemporary China with its global aspirations by looking at the Hán occupation of Vietnam?

PN: The Hán Empire had a lot of colonies at the time. And, you know, what was known as Giao Chỉ was only one of them. And I don’t use the term Giao Chỉ in the novel, because Giao Chỉ is a term that’s considered offensive in Vietnam. But that’s what the Chinese term was for that colony. Giao Chỉ literally means like crooked toes or crooked feet. They thought that the Vietnamese people had crooked feet. That was just one among many colonies, which included Jiuquan, that is mentioned in here, Wuwei, Zhangyi.

And so they weren’t benevolent, certainly, but it got worse and worse under the governor To Dinh who asserted all these new laws in the region that the Chinese referred to as Giao Chỉ. They included forcing aristocratic women to marry so that they could better keep track of debts, and included forcing the Viêt people to worship Hán gods, it included sending young Viêt men off to war in distant colonies. And they included onerous taxes, among other things.

WT: All these things are mentioned in the book. Does this also include that scene where … I think this is early enough to not be a spoiler … where there’s someone who’s being punished, and then the Hán officer comes up and says, “Well, that’s too light of a punishment, according to the way we do it, you have to do this much worse thing?”

PN: Yes, and I don’t worry too much about spoilers in the book because you can find this information on Wikipedia. With historical fiction in general one of the appealing things to me is when you already know the story, and then it’s sort of that overinflated balloon effect, where you know what’s going to happen, but you’re bracing yourself for it. I’m actually quite happy if people kind of know that the broad outline of the story, and then we’re engaging with this novel, and the particulars in which it’s told, but yes, it includes that scene and that notion that the punishments had to be more severe and they had to conform to the Hán customs and laws in a very strict way. That was the influence of that Hán Governor To Dinh and that was what Lord Trưng was speaking up against, when he was beheaded. Again, spoiler.

VVG: You mentioned before the word, which maybe I won’t repeat, since you mentioned that it’s considered offensive. But that seems like one remnant of Chinese influence in Vietnam. What other aspects of this period of history are felt in Vietnam today? When one walks down the street, what of that history is visible?

VVG: You’ve referenced, and this is also in the book… women of the aristocracy marrying into the Hán Chinese people, the Hán Chinese occupiers… And I wonder, is there a significant population of mixed ancestry?

PN: There is, especially in the North. And when it comes to my own family, I did the 23 and Me thing, and it turns out I’m 1 percent Chinese.

PN: In some ways, there were no surprises, because it was basically 50 percent Vietnamese and 50 percent Western Europe—my mother, her ancestry coming from Western Europe—but in another way, the surprise was the 1 percent Chinese. When I asked my father about that, he said, “Oh, yeah, seven generations ago, there was one Chinese…” So I think it’s much more common in the North and Vietnam for there to be mixed Chinese and Vietnamese, but certainly as far south as—my father was born in Saigon, his family was from Nam Dinh, which is closer to the North or in the North. So, in families that live elsewhere, you still get those Chinese ancestors.

Pelosi’s ‘reckless’ Taiwan visit deepens US-China rupture – why did she go? • U.S. Insists It Will Operate Around Taiwan, Despite China’s Pressure – The New York Times • The Princess Bride • Thelma and Louise 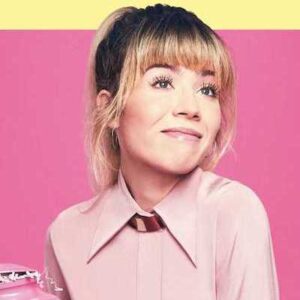