A Poem by John Keene

A is for Alvin, last seen boarding a plane
to Atlanta, like Benny, who the tea says cratered his brains
on Tina, C is Courtney who’s still drafting his novel
on a desk copped from Derrick, burnt out of his hovel
in Brownsville by DiMarco, his rep now worthless
in all #ve boroughs, and Erick you hear is mirthless
with his Bentley in hock, but Frederick escaped
Hollis before the market fell in and Gary, by his nape
sold his condo, to Henry, in LA, still marching and dreaming
of working with children in Somalia, beside Israel,
who was on life support at Beth Israel, or Johnny, drowsing
in Punta Cana thinking of near-homeless Kendrick, whose rousing
off-off play never even got reviewed. Lorenzo remembers
those decades as a code of soundtracks, clubs, messy Mark one December
and another Nathan, newly sprung from Rikers, who no longer bothers
to call Orlando, his ex, or the child, now a porn star, they co-fostered.
Perry laughs, laughs it all o$, the folly, the terror, the rabbit pace,
the quarry of meds that kept him alive, voguing Que’s runway face
that was gone in a weekend, Ricky in hours, then the dying
ceased though the mourning wouldn’t, and Steven so fastidious
about his clothes and sex not even pretty Terrance couldn’t even snare a piece,
stopped breathing on a Rockaway train. His bae Uriel no one
recalls except in name. Vernon, Bronx-born, acclaimed as the Diva
to end them all is invoked like Wardell, for whom the children shamed S
atan for a single bad word: all angels, like mother Xavier, tending
to those most in need, with kisses, rent loans, and Yamil bending
ear to lips to read the laments, with care, tells me that Zachary, the Rolodex
Z, now gone, no longer fears those dark days. In any light, trust, the dead can see. 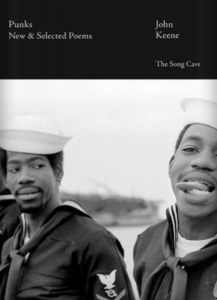 From Punks: New & Selected Poems by John Keene, published by The Song Cave.

John R. Keene is the author of Annotations, and Counternarratives, both published by New Directions, as well as several other works, including the poetry collection Seismosis, with artist Christopher Stackhouse, and a translation of Brazilian author Hilda Hilst’s novel Letters from a Seducer. He teaches at Rutgers University-Newark.
Share:

What the Stoics Understood About Death (And Can Teach Us) 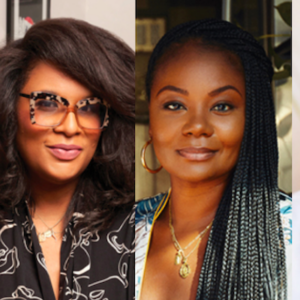