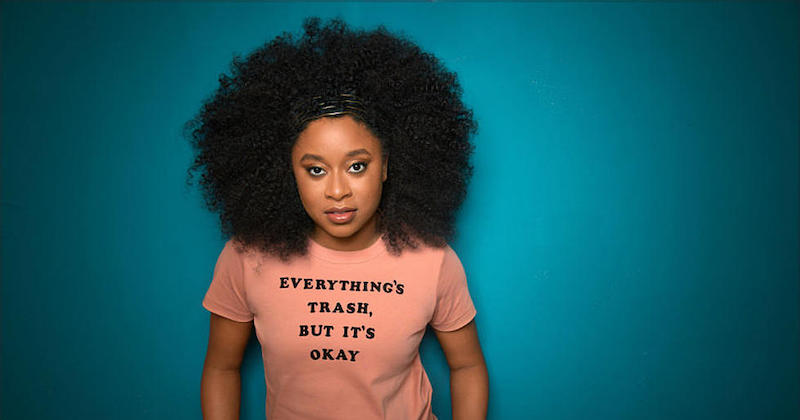 Today, Penguin Random House announced the launch of a new imprint, Tiny Reparations Books, founded by New York Times bestselling author, comedian, actress, and producer Phoebe Robinson. Robinson will be partnering with Plume (a division of Dutton, which is itself an imprint of PRH) and its publisher Christine Ball, who will also serve as publisher of the new imprint.

According to the press release: “Tiny Reparations Books will be a highly curated imprint dedicated to publishing both literary fiction and nonfiction as well as essay collections that highlight and amplify unique and diverse voices. The imprint is committed to publishing complex, honest, and humorous work that not only reflects the current conversation but also pushes it forward.”

This is in line with Robinson’s own work, both her bestselling books (published by Plume) You Can’t Touch My Hair (And Other Things I Still Have to Explain) and Everything’s Trash, but It’s Okay, and her podcast-to-HBO show 2 Dope Queens (which is where I personally fell in love with her).

“We all know there is a lack of diversity in publishing,” Robinson said in the press release. “Tiny Reparations Books recognizes that the publishing landscape isn’t going to change until the actual work starts behind the scenes. I am thrilled to partner with Plume to help take this important step. And I look forward to bringing a wide range of voices to Plume and helping to push the boundaries of publishing.”

Plume has also announced that hey have acquired Robinson’s next book, Six Feet Apart, for publication in fall 2021.