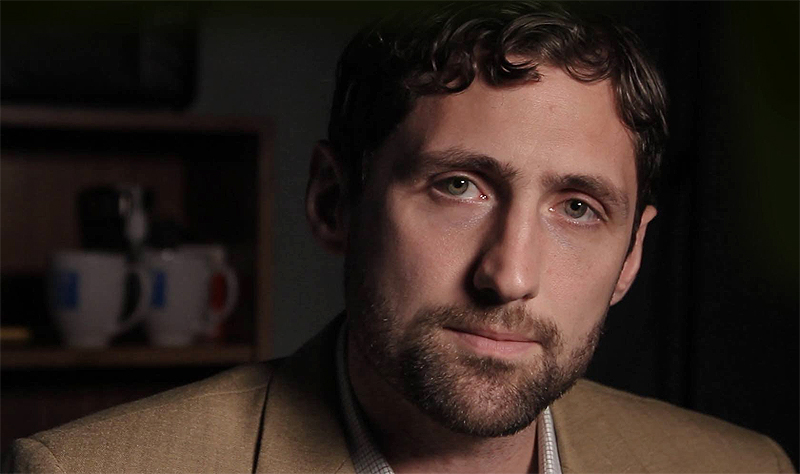 Phil Klay on the Citizen-Veteran Gap, and Modes of Storytelling

Every war has its own poetics and mythos, and Iraq is no different. The near-nine-year conflict, which you’d be forgiven for forgetting did in fact end, at least in the sense of US troops withdrawing from the country in 2011, continues to generate a steady profusion of literature, both fiction and non. Its meaning and implications remain live, hence the extraordinary interest in the Chilcot report in July and the occasional centrality of Iraq to this year’s presidential election. Artistic responses to the war have typically followed the pattern set by the literature of Korea and Vietnam, aiming at the incoherence, the madness, the hostility of the combat conditions. Few works in any genre have come as close to offering a perspective on Iraq that is as broad, as tragic, as funny, or as piercing as that of Phil Klay in his 2014 National Book Award winner, Redeployment.

Klay became a Marine in 2005, when, he writes, “It wasn’t just the wisdom of the invasion that was in doubt, but also the competence of the policymakers.” Despite not insignificant ambivalence, feelings of civic and national duty took over, he swore his oath, and he shipped out to Iraq’s Anbar Province as a public affairs officer in 2007. (It’s well worth reading his perspicuous and persuasive Brookings essay, “The Citizen-Soldier: Moral Risk and the Modern Military“, on his motivations for signing up.) What he experienced there became the raw material for Redeployment, supplemented by careful and extensive research and interviews with other veterans. The result is 12 stories that, in their different and precisely calibrated perspectives, give the reader a multi-layered, undogmatic, panoramic view of the war.

I spoke to Phil Klay ahead of his appearance at the House of SpeakEasy’s “Razor’s Edge” on November 1st in New York City.

CA: Each story in Redeployment is told in the first person. Narrators include a chaplain, an artilleryman, a foreign service officer, and an officer in “mortuary affairs.” Some of them don’t experience violence or action directly, some do. I wonder if this is this a recognition of the limits of your own experience, and thus perhaps a measure of respect for that which might not be comprehensible second hand?

PK: It’s more that I wanted to be able to approach the subject from many different angles, not just the one most people think of when they think of war: an infantryman with a rifle killing the enemy. What does one make of one’s moral responsibility for killing when you’re part of a crew-fired-weapon whose rounds strike miles away, when you’re not even sure if you have killed people or how many? What about when you’re a chaplain trying to influence policy, or a psychological operations soldier trying to help shape the battlefield?

CA: Many of the stories prominently feature a kind of slippage between civilian and Marine life. One character, looking through the scopes of his rifle, remembers hunting with his father. It’s a technique that Clint Eastwood also used in the editing of American Sniper, to considerable effect. What impact on combat and civilian life do these moments of interpenetration of experience have?

PK: I think the thing most people are used to is the idea that war experience can make civilian life hard, or that life back home can be alienating, living in an individualistic consumer society after living in the intensely communal environment of a wartime military. And that is all true. That said, I also think that the disconnect can, over time, be revealing and can be the starting place for serious reflection and personal growth. The philosopher and World War II veteran J. Glenn Gray wrote that the sense of moral complicity in horror common to many veterans can teach us, “as few things else are able to, how utterly a man can be alienated from the very sources of his being. But the recognition may point the way to a reunion and a reconciliation with the varied forms of the created. [ . . . ] Atonement will become for him not an act of faith or a deed, but a life, a life devoted to strengthening the bonds between men and between man and nature.”

CA: You take multiple approaches to the war in Redeployment, including a sort of pseudo-Socratic dialogue (in “Psychological Operations”), dramatic narrative, and satire. (“Money As A Weapons System”, which features the line “We remade the Ministry of Agriculture on free market principles, but the invisible hand of the market started planting IEDs,” was, for me, the most straightforwardly entertaining story). What do you think is the most successful mode for tackling the recent wars?

PK: I don’t think there’s one mode of writing that’s more privileged than the rest. Why not ask whether dramatic narrative, satire, or what have you is the most successful mode for discussing civilian life? War experience is as multi-layered as any other area of human experience, which is precisely why I chose to come at it from different angles.

CA: “Artists,” one of your narrators says contemptuously, “I bet they’ll find what happened to him interesting. Oh, so interesting. What fun.” Can you tell me about your reactions to the (widely very positive) reception of Redeployment?

PK: Well, I wouldn’t want to attack anybody who liked the book, and I’m a bit wary of the notion that I’ve got the definitive answer on how to read the thing. One of my favorite books is Richard Yates’s Revolutionary Road, and one of my least favorite explanations of that book comes from Yates himself. I put the book out into the world because I wanted people to react to it and form their own opinions. That said (and perhaps related to that), I’m wary of anyone who wants to give me too much authority, as a veteran, to pronounce upon the war and explain “what it was like.” I wrote about “what it was like” for my characters, whose experiences mostly do not fit with my own personal experiences, and who explore only narrow facets of the war as a means to articulate some of the questions war left me with.

CA: Do you think it’s possible for war—and particularly the war in Iraq—to be written successfully into art by people who weren’t there?

PK: Yes. Homer—pretty obviously not a veteran of the Trojan War. Crane—not a veteran of the Civil War. Ben Fountain and Lea Carpenter and Atticus Lish and Roxana Robinson and Whitney Terrell aren’t veterans of Iraq or Afghanistan and yet have written wonderfully about it. The whole idea of fiction as an art form rests on the idea that it’s possible to richly imagine other people’s experiences. If I didn’t believe non-veterans could write about Iraq, which would mean believing non-veterans can’t imagine their way into the military experience, then what would be the purpose of writing my own book? Besides, I didn’t do any of the jobs I write about.

CA: If you could recommend five books or articles that everyone should read to improve their grasp on the wars in Afghanistan and Iraq—works that treat the subject with a proper complexity—what would they be?

CA: Elsewhere, you’ve written about the growing chasm between citizens of western nations and the wars waged “on his behalf, and with his tax dollars”: “If you narrow your scope sufficiently, there’s no end to what you don’t have to deal with.” As we approach an unusual election day, how would you rate the competence of policymaking in the years since you became a Marine, and the level of public discourse and awareness about the wars in the run-up to this year’s election?

PK: Well, I don’t think you generally get a really robust discussion of foreign policy during election season, but I suppose it’s no surprise to say that things seem worse this year. The Republican nominee doesn’t seem to know enough about foreign policy to advocate a coherent policy, and for obvious reasons the Democrat doesn’t have much interest in highlighting her differences with the Obama Administration, so I suppose that’s to be expected.

CA: (quoting Klay’s Brookings essay) “Ideals are one thing—the messy business of putting them into practice is another. That means giving up on any claim to moral purity. That means getting your hands dirty.” This seems to me like a good definition of how to approach politics.

PK: Absolutely. It’s very difficult to know what the second- and third-order effects of any policy might be, and impossible to know with certainty. And even with the best policy, there will always be winners and losers. We move forward, as a society, in fits and starts, and it’s often a lot uglier than we idealize it to be after the fact. 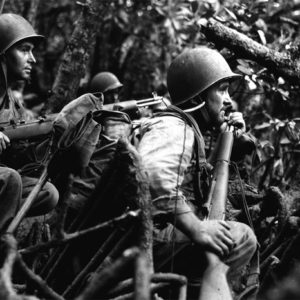 In the fall of 1980, while waiting on line to use a portable toilet at the start of the New York City Marathon, I met the man who convinced...
© LitHub
Back to top