The Poet on His New Collection Draw Me After

Lit Hub is excited to feature a new series from Poets.org: “enjambments,” a monthly interview series with new and established poets. This month, they spoke to Peter Cole. Peter Cole is the author of seven poetry collections, most recently Draw Me After (Farrar, Straus and Giroux, 2022) and Hymns & Qualms: New and Selected Poems and Translations (Farrar, Straus and Giroux, 2017). In 2007, he was named a MacArthur Fellow. Cole currently teaches at Yale University each spring and divides his time between Jerusalem and New Haven.

Poets.org: In his 1921 essay on Andrew Marvell, T. S. Eliot laments that wit “has passed out of our critical coinage altogether, and no new term has been struck to replace it; the quality seldom exists, and is never recognized.” It seems that in Draw Me After, however, wit is a pervading and even an organizing element. What role does wit play across the collection?

Peter Cole: That’s a can of worms, and I’m not sure I’m the right person to open it! But, here we go:

Wit in Draw Me After—if that’s what it is—has nothing to do with cleverness and everything to do with quality of touch or tone, and linkage. It definitely isn’t antithetical to lyricism so much as it’s a kind of counterpoint within the compositional field of a given poem. It’s a pitch of mind that exists along a continuum, which is to say, it’s part of a scale—to use another musical term, one that Eliot himself does. “Wanting song /  in the beginning / beginning to end” is how the book opens, with desire for a music that might draw us into an afterlife that’s continually coming into being. In the (potentially lethal) richness of that forcefield, wit also serves as a kind of dictional reality check. It clears a way for believable song.

Poets.org: In “Tav,” a strong deployment of alliteration haunts the reader. Could you discuss the process of how this poem came to be and what you began with in the first drafts of this poem? How did this poem evolve?

PC: The poem was conceived as an ode to translation and an homage to my friend Richard Sieburth, who is one of the great translators of our time. The title is the last letter of the Hebrew alphabet, and it brought to mind the Hebrew word targum—which begins with a tav and means, simply, interpretation, translation. The poem itself comprises a kind of delta to the river of English and Hebrew letters that runs through the entire book, which includes a series based explicitly on the Hebrew alphabet.

And when I got to this final letter I found myself wanting to somehow account for an end that insinuates an endlessness—the infinite possible combinations of letters that give us all the poems that have ever been written and might yet be written and translated in all languages—A to Z, aleph to tav, alpha to omega. “Tav” is an extreme case for an extreme occasion.

One way of getting at least a glimmer of that endlessness into the end was to return to the beginning of the other principal alphabet in the book, English, and, going slowly through a dictionary, to harvest words that relate in some way to the art of translation—the work of which is never done, as the old saw has it, and which, as Rosanna Warren has so gloriously put it, constitutes “a model for cognition and survival.”

In the (potentially lethal) richness of that forcefield, wit also serves as a kind of dictional reality check.

First drafts involved long lists of possible words arranged more or less alphabetically, and revision entailed ongoing adjustment of the sonic, rhythmic, and dramatic clusters within the poem until they rang true and woke each other up in the reading and recitation. In the end, or the endlessness, apart from being a poem for a friend, “Tav” is an ars poetica of a sort, and also a kind of percussion piece, for the English language as vibraphone.

Poets.org: How has translation shaped your craft in your own writing?

Beyond that, directly and indirectly, translation has taught or given me much of what I know and love and value in poetry. And sometimes taken it away. For instance, what you’ve identified as “wit” in Draw Me After, or its serious—let’s call it sublime-adjacent!—employment in those poems, has developed largely through my work with the Hebrew verse of eleventh-century Andalusia, which in turn derives from both the tradition of classical Arabic poetry and a transposition of the mythopoetic and actual vocabulary of the Bible onto the cultural reality of Islamic Spain. In fact, my entire sense of what’s possible in poetry and what a line or sequence of lines might feel like—texturally and acoustically—was, I think, fundamentally changed by my immersion in the Andalusian poems.

Poets.org: In “These Pieces,” the speaker says, “how it is / that what we mean / is what we stand / between” and later quotes “all that abstraction, it’s / so human.” This collection, and this poem in particular, acknowledges and challenges the elusive nature of language. If you agree, why is poetry the form to investigate the abstraction of language?

PC: First of all, abstraction is human! All those marks on the walls of prehistoric caves and tools. All those letters in the thousands of languages in the world. All that money and all those currencies circulating everywhere. All that expression and calculation. These are highly abstract things that are also totally concrete and central to what makes us the complex creatures that we are.

But, to your question: In “These Pieces,” it seems as though I’m writing about language, but in fact I’m writing about the sculptures and installation art of Joel Shapiro. I don’t know that Joel was trying to express anything about the elusiveness of language, so much as the precarious- ness of all relation—the beautiful, terrifying, tragic, erotic, joyful, miraculous fragility and resilience of it, which he does so powerfully in work that has been with me in one way or another for almost the entirety of my writing life. Ditto with the art of Terry Winters, whose drawings are at the physical and emotional heart of the book.

But if, in the translation from the visual plane to the medium of language and poetry, which is formally and emotionally the most concentrated of the verbal arts, if in writing about the drama of an installation’s or a drawing’s materiality it comes across that I’m also writing about the precarity of the sentences and phrases and words we use to talk about the charged particles we’ve been pointing to here—desire, revelation, meaning, friendship, attention—then all the better.

Poets.org: What are you currently reading?

PC: I’m finishing a long fantasy novel by R. F. Kuang called Babel, Or the Necessity of Violence: An Arcane History of the Oxford Translators’ Revolution, which is about translation and empire. And I’m rereading a Hebrew article about psychomachias, or wars for the soul, in the writings of the fourteenth-century Spanish Kabbalist and sometime poet Abraham Abulafia.

Poets.org: What are your favorite poems on Poets.org?

PC: The next good one I stumble on that leads me to another I’d never properly noticed or appreciated.

“enjambments”, a monthly interview series produced by the Academy of American Poets, will highlight an emerging or established poet who has recently published a poetry collection. Each interview, along with poems from the poet’s new book, and a reading by the poet, will be published on Poets.org and shared in the Academy’s weekly newsletter.

Who Is the “Noted Writer” Buried in Sleepy Hollow Cemetery? 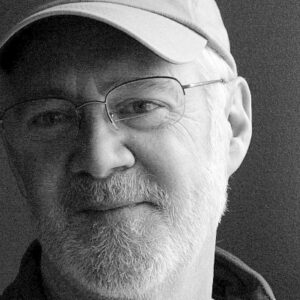