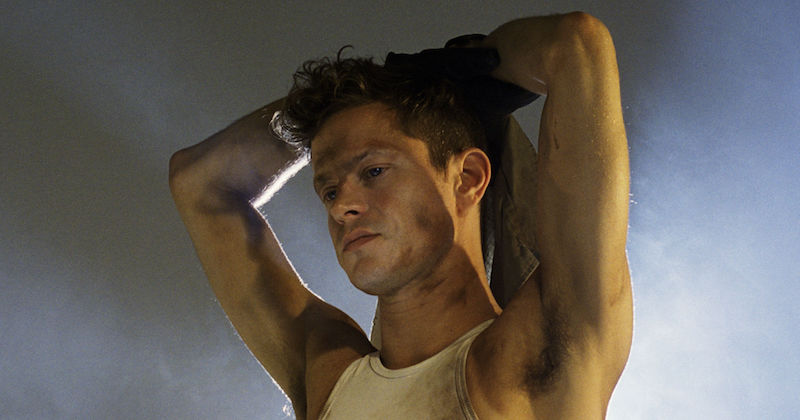 Perfume Genius is writing stories about sensual experiences with the cast of Supernatural.

Previously, Hadreas’s Substack has housed Hadreas’s old demo recordings, freeform writing, and visual art. Now, readers can peruse Hadreas’s accounts of getting eaten by Jensen Ackles (A-) and having his eyes removed by Jared Padalecki (B+). These are the first two entries in the series, which will presumably run for as long as it takes to get through every cast member of Supernatural, including S.E. Hinton, who appears as a diner patron in a 2011 episode.

Both fans of Supernatural and of Perfume Genius asked the same question about Hadreas’s account of turning into sheer energy and traveling through Jensen Ackles’s body: Did this really happen? Said Hadreas:

You can read the existing entries and keep up with the series at Hadreas’s Substack. The first entry (Jensen Ackles) begins thus:

I met him while working at Zales Jewelry in 2014. I was cleaning a display case when I caught a wild movement in its reflection. It was Jensen. He was distressed and besotted by some physical fit. I put down my rag and went to him. Caught up in a kind of standing seizure, his legs and feet were firmly planted but the upper half was flailing and out of control. Yellow foam gathered at the right corner of his mouth. I almost went back for my rag but decided against it—his movements were too erratic, and I feared injury attempting to dab the foam.

A girl in my health class junior year had an epileptic seizure and we were told to give her space and let it pass. This was different, but I used the memory as guidance. I quickly moved semi-precious items from the counter to prevent any damage. I took off my sweater, which was a thick alpaca, and draped it over the sharp edge of a display case. I almost ran for my friend John, who worked at a watch-repair kiosk close by, but I decided to maintain calm supervision . . .