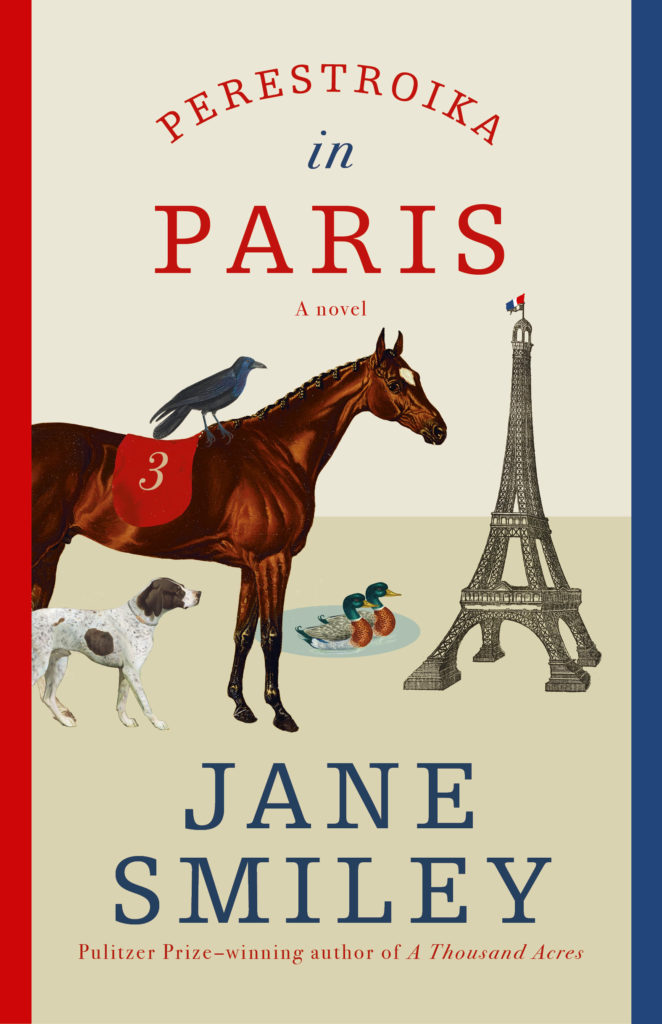 The following is excerpted from Jane Smiley's latest novel, Perestroika in Paris. Smiley is the author of numerous novels, including A Thousand Acres, which was awarded the Pulitzer Prize, and most recently, The Last Hundred Years Trilogy. A member of the American Academy of Arts and Letters, she has also received the PEN Center USA Lifetime Achievement Award for Literature. She lives in Northern California.

Paras understood perfectly well that Frida was a dog. Dogs had their uses. Delphine had a dog in the stable yard—a small, bright, spotted dog named Assassin, a Jack Russell terrier, who spent all night and most of the day hunting rats, although she was willing to chase a ball and give the rats a rest around suppertime. Assassin and Paras had discussed the rats from time to time. Paras didn’t mind rats, and neither did most of the other horses. You always knew when a rat was around—they made a lot of noise and had a distinct odor, and if they ate a few morsels of grain or bits of hay, well, it wasn’t much, in the end. Assassin did not personally hate rats, either. But, as she explained to Paras, there was something about the way they moved—low and quick along the floor and then into a hole!—that just drew her like a magnet. She was good at rat killing, and the pleasure of the game had only increased of late, because, as she killed off more and more rats, the ones she hadn’t killed got to be the smart, fast ones. Whereas she had formerly gotten a rat every couple of days, now she was down to a rat a week, and more avid than ever. Assassin had a busier life than Paras did around the barn, and sometimes Paras envied her: she was not bored, ever. Paras gazed at the dog for a moment, then said, “Do you kill rats?”

“Why?” Must be a dog thing, Paras thought.

“They taste very bitter.” In fact, she had only eaten one—already dead, in the street—just to try it.

“Why would you eat one?” “Why else would you kill one?”

“Our dog at Maisons-Laffitte kills them all the time. She snaps their necks and drops them and walks away.”

Frida sniffed, then said, “Do they give her dog food, then?”

For some reason, Paras was embarrassed to say that they did. She said, “She doesn’t like it much.”

“Some dogs will eat anything,” said Frida.

After a moment, Paras said, “So—is that what dogs talk about all the time? Food?”

Frida put her nose to the ground, smelled a few fading plants and the damp soil, then said, “Yes. What do horses talk about?”

“Who won the last race. Who’s going to win the next race. A few spend all their time making excuses, but I don’t like to talk about that. Everybody talks about their relatives. Some horses won’t talk to you if you aren’t related to Northern Dancer, but other families aren’t as snobbish.” She thought for a moment, then said, “To tell the truth, the last day has been rather nice, no blah-blah-blah about Dad’s family and Mom’s family and brothers and sisters.” She thought for a moment. “We talk about the jockeys, too.”

You always knew when a rat was around—they made a lot of noise and had a distinct odor, and if they ate a few morsels of grain or bits of hay, well, it wasn’t much, in the end.

“When we run in races, the jockeys go along. Some stay with you better than others.”

The dog looked startled, then said, “That must slow you down.”

“It does, but, between you and me, not every horse knows the way, so they have their uses. A lot of horses won’t admit it, though. There’s a lot of complaining.”

“What are you chasing?”

Paras pondered this question, then said, “I don’t know.” That seemed to end the conversation.

Paras went back to cropping the grass, but the morning was passing, and Frida knew that eventually the cafés would open and humans would show up, stalking their lunches. And they would certainly notice a horse and a dog by themselves in the Place du Trocadéro. How to solve this problem for Paras, Frida had no idea. It was one thing for a dog to position herself in an alert and friendly way here and there about the cafés and shops, but a horse was considerably bigger than a dog and expected to be attached to a carriage. At the same time, humans stalking their lunches in Paris sometimes didn’t notice what was going on around them. And there were a lot of statues all over the city—for example, way up there on a pedestal above them was a black horse that never moved, with a tail that appeared to be waving even when the wind wasn’t blowing. Frida had never seen anyone look at that.

The purse would catch the eyes of certain humans, though, and Frida did not want any human looking into the purse, so she went over to Paras and sat down in front of her, waited patiently for Paras to sniff a few more bits of grass and take another bite, then said, “You can stay here, if you’re quiet, but you”—she didn’t say “we”—“should hide the purse. It has . . . money in it.” Then she said, “Humans love money, and someone might take your money.”

“Does it taste good?”

“No.” Frida had actually tasted money from time to time, just out of curiosity. Then she said, “But if you are going to live in Paris, you need plenty of it.”

“You give some, a little, to humans and they give things back to you.”

Paras looked at her and pricked her ears. Then she said, “What is ‘Paris’?”

“It’s where we are. This city. Don’t you know anything?” Paras said, “I told you. I’m only a filly. I won’t be a mare until January first. Then I’ll know lots more things. How old are you?”

For a moment, Frida thought that, in spite of the money and the purse, the horse wasn’t her concern. She could go back to her little cubbyhole up in the cemetery and pretend that she hadn’t seen Paras and that her life was the same as always. But then she thought that, if her life was the same as always, she didn’t quite know what she was going to do. Just talking to Paras had been a change for her—even the dogs who didn’t bark at her, when they looked at her face, then looked for her collar and leash, and saw that she had neither, simply looked away. Frida sighed. Sometimes the thing that you wanted to do did make you sigh, just because it was a hard thing to do.

It was not a pleasant day now. It had started out sunny, but the clouds were scudding in and the wind was picking up. Frida did not smell rain in the wind, but the leaves that hadn’t been cleaned from the streets were lifting around them. Paras noticed, too. Frida said, “Are you tired?”

“I am,” said Paras. “I had a hard race yesterday, and I was exploring most of the night.”

“Do you lie down when you are tired?”

“Well, I think you should take a nap. I’ll show you a spot.” And she led Paras around the little grassy park to the spot where there was a hedge and some other bushes. She said, “Maybe if you curl up next to the hedge and make yourself as small as you can, no one will see you.”

“What will happen if they see me?”

For a moment, Frida thought that, in spite of the money and the purse, the horse wasn’t her concern.

“They will take you to jail.” Jacques had always told her that if she wandered away from him, looking like a dirty stray, she would be put in dog jail, and it would be even more confining than that room in Lyon.

Paras could tell from the way Frida scowled and shivered when she talked about it that jail was a bad place, so she followed her over to where some bushes were cut into strange shapes and she nestled down as tightly as she could in a more or less hidden spot. She tucked her back legs underneath her and folded her front legs, and curled her neck around and tucked her nose in beside her hooves. She was a limber, slender horse, and a nimble bucker, so this was the way she liked to sleep. Frida brought along the purse, and pushed it under the hedge with her nose. She made sure that the magnetic lock was closed and the purse itself was well hidden. She said, “After lunch, I will come up with a plan.”

“It’s when humans come here to eat. But the cafés are all shut up today, so they are going to eat inside. That’s good for us.”

Paras was sleepy, indeed. She blew the air out of her nostrils and let her eyelids drift closed. Pretty soon, she was making a ruffling noise with her lips. Frida sat nearby and watched her, as she had so often watched Jacques before he disappeared.

Excerpted from Perestroika in Paris by Jane Smiley. Copyright © 2020 by Jane Smiley. Excerpted by permission of Alfred A. Knopf, a division of Penguin Random House LLC. All rights reserved. No part of this excerpt may be reproduced or reprinted without permission in writing from the publisher.

Verso Books just announced a union—and they have advice for other publishing workers.

Announcing Season 3 of the Storybound Podcast 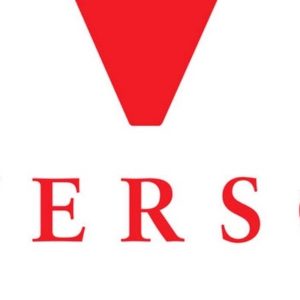 Verso Books just announced a union—and they have advice for other publishing workers. There's a new union on the block: Verso Books announced today that its staff has organized to join the Washington-Baltimore...
© LitHub
Back to top