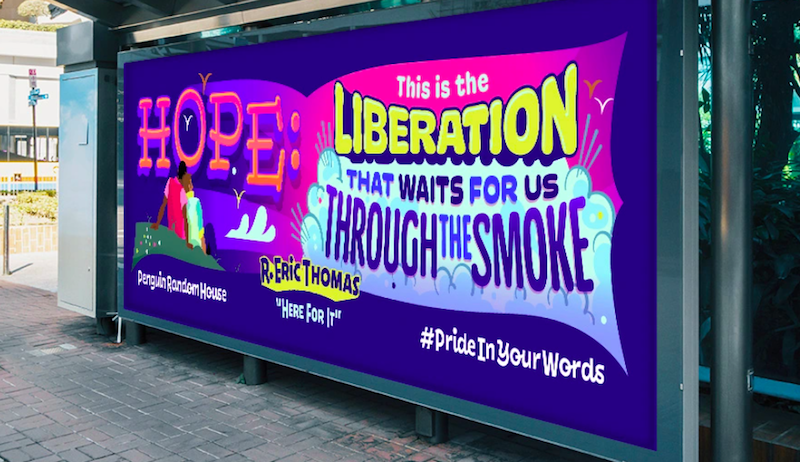 Penguin Random House put up billboards displaying the work of LGBTQ authors in Texas and Florida.

In the midst of a deluge of book bans across the country, Penguin Random House has erected billboards featuring quotes from books by LGBTQ authors in six cities—New York City, Chicago, Dallas, Orlando, Miami and Austin. Florida’s “Don’t Say Gay” law and Texas’ anti-trans youth healthcare bills make those two states particularly terrifying places to be queer right now, so it makes sense that the billboards were weighted toward those states.

Though they were put up in honor of Pride Month and have since come down, a PRH spokesperson said it was “likely they’ll be activating in these places again.”

Another thing all publishers can do in response to all the horror around us is simply choosing not to publish books by the politicians who are actively sowing hate and passing LGBTQ bills across the country!

Just something to think about!