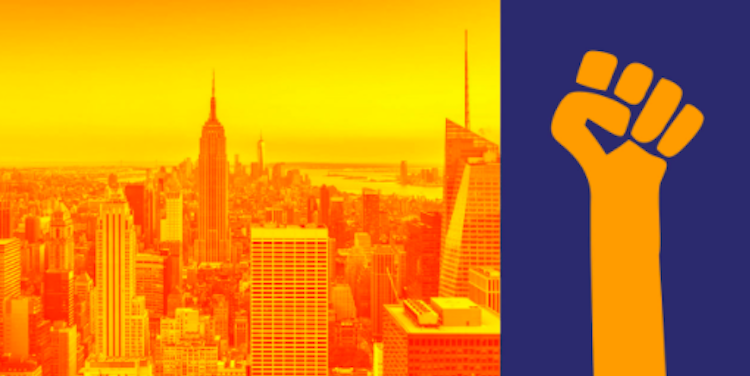 Toward Freedom and Imagining a Better Future

In 2005, just a few short years after 9/11, Salman Rushdie, Esther Allen, and Michael Roberts created the PEN World Voices Festival. Similar to PEN’s founding 84 years prior, the festival was born to counteract fears of rising nationalism. “I think that Salman, Michael, Esther, and others felt that the United States at that time was descending into a kind of neo-isolationism,” says Chip Rolley, Senior Director of Literary Programs and the World Voices Festival at PEN America. “There was concern that those very reasons PEN came to be in the first place felt under threat… [and] there was again that strong sense that we needed to make sure that writers in the United States were talking to writers around the world, and that readers in the United States were getting exposed to ideas that were not American.” PEN World Voices was the first international festival specifically for literature.

Now in its 14th year, the PEN World Voices Festival attracts a stunning amount of high-profile authors, activists, and thinkers. This year’s festival, curated by Rolley, takes place in New York City from April 16 to 22. Dozens of venues throughout the city will host readings, discussions, and panels on this year’s theme, “Resist and Reimagine.” It’s a subject particularly salient to the cultural moment we find ourselves in. “You don’t have to be a genius to figure out why we went with that theme,” Rolley says, laughing. “Resistance is everywhere. It’s permeating the culture.” As such, his approach to selecting this year’s events involved “trying to find a way to tease out what’s happening in literature and find connections between what’s happening in literature and what’s happening in society at large.”

“I think it’s very clear in the United States that we’re examining what went wrong,” Rolley continues. “With our politics, with our society, with our culture. I wanted a theme that tapped into that, and I wanted works of literature that tapped into that.” It’s the first time in the history of the festival that organizers have intentionally turned the lens inward, onto America itself. Even still, there are dozens of events that examine the theme globally as well. “The resistance is happening across the world,” Rolley says. “Pick a spot, and there seems to be political turmoil or discord, and a place for writers to speak up, be heard, and come forward with new ideas.”

While resistance is important, Rolley admits he is much more excited about—and interested in—the “reimagine” part of things. “What I really want to have happen is for the festival to not just be a forum of complaint, but a forum for creative thinking about what we do next,” he says. He sees the theme as a kind of call to writers to not only resist whatever present undesirable situation they find themselves in, but to build a better one. “Writers are, of course, the imaginers. They’re the people who imagine the future, they’re the people who imagine the present. [They] imagine the best ways of understanding and describing the present.”

There are many events from this year’s festival to look forward to. On April 16, Pulitzer-Prize winning author Colson Whitehead opens the festival with a discussion about his book The Underground Railroad, which Rolley calls “one of the breakthrough books of the last two years,” and in terms of subject matter “probably the greatest example of resistance we have in American history.”

Other highlights include a conversation between author Roxane Gay and BuzzFeed morning show host Isaac Fitzgerald on the powerful intersecting subjects that permeate Gay’s work; The M Word, a series in which Muslim comedians, authors, and activists discuss Muslim representation in the US and abroad; and Cry, the Beloved Country, a panel of eight writers from oppressed nations speaking out about the importance of resistance in their homelands. In the hallmark of the festival, the Arthur Miller Freedom to Write Lecture, Hillary Clinton takes the stage with Chimamanda Ngozi Adichie to discuss the role of free speech in vibrant democracies.

Also this year, in a festival first, a series called Next Generation Now, curated by Meg Lemke of MUTHA Magazine, is specifically tailored to children, teens and young adults. Rolley says the idea came to him after seeing a strong children’s and young person’s program at the Sydney Writer’s Festival, where he worked as Artistic Director. “I just asked the question, why don’t we have that here?” he says. “Is it because we’re a specialist festival? And I thought… if this period that we’re living in is confusing to adults, or challenging for adults, imagine what it’s like for children. PEN America, as an organization, really needs to think about the future.”

If you’re interested in purchasing tickets to this year’s festival, you can do so here. 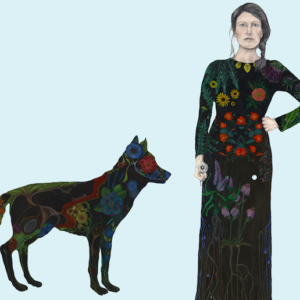 This past March was an incredible month for books, so this installment of overlooked titles began with a list of three dozen...
© LitHub
Back to top