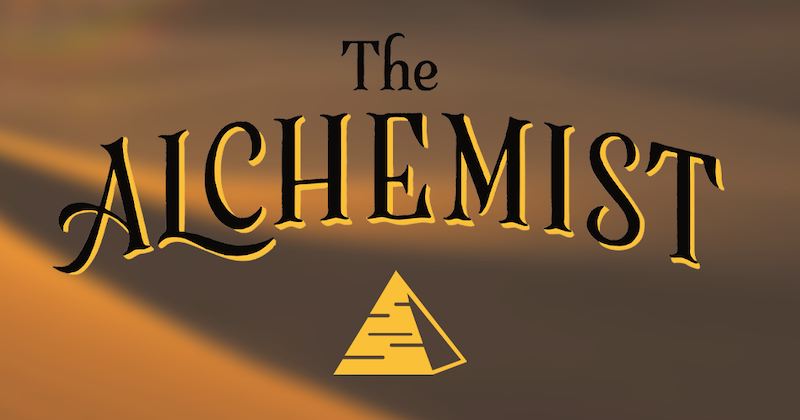 Paulo Coelho’s The Alchemist will finally be made into a movie, courtesy Will Smith.

At long last, Paulo Coelho’s The Alchemist—international bestseller, Guinness World Record holder (for most translated work by a living author), inspirational parable, and um, favorite novel of everyone you know who doesn’t really read novels—is coming to the big screen.

First published in Portuguese by Brazilian writer Paulo Coelho in 1988, The Alchemist tells the story of a young shepherd named Santiago, who is seeking a treasure hidden in the pyramids of Gaza. It is, as Gregory Cowles once put it in the Times, “more self-help than literature,” sort of a long compilation of motivational posters loosely organized around a quest narrative. But hey, that hasn’t kept it from being extremely popular, and I for one am perplexed that it has taken this long for a film adaptation to get off the ground. After all, according to the press release I received about this adaptation, The Alchemist is “one of the most legendary pieces of IP not yet translated into film, and inspires more than 5 million organic conversations online each month.” What more could Hollywood want?

Anyway, they’ve figured it out, because the adaptation is finally moving into production, with principal photography beginning this September in Morocco. It will be produced by Will Smith, who has long counted it one of his favorite books, and Jon Mone for Westbrook Studios, Kevin Frakes, who will also direct, and Raj Singh for PalmStar, and Gil Netter for Netter Films.

Sebastian de Souza (The Great, Normal People) will star as Santiago; he will be joined by Tom Hollander (Birdman, The King’s Man) and Shohreh Aghdashloo (House of Sand and Fog, The Promise). Jordi Molla (Jack Ryan, The Music of Silence), Youssef Kerkour (House of Gucci), and Ashraf Barhom (Tyrant, By Any Means) are also on board.

“Hundreds of millions of people over the past three decades have found inspiration in The Alchemist to pursue their dreams, listen to their hearts, and never to lose hope when faced with adversity,” said producer Gil Netter in the press release. “Paulo Coelho’s words are profound, and now we will finally be able to bring those words to life.”

“Paulo Coelho wrote it best,” said Kevin Frakes. “‘When you really want something to happen, the whole universe will conspire so that your wish comes true.’ It has long been my dream to bring this story to the world, and now we can do that in a way that speaks to Coelho’s vision, with a cast and crew that represents the global well of support for The Alchemist.”

Well, good. After all, I’ve heard that “it’s the possibility of having a dream come true that makes life interesting.”