On today’s episode of The Literary Life, Mitchell Kaplan talks with Paul Yamazaki about working with City Lights co-founder Lawrence Ferlinghetti, Allen Ginsberg, freedom of expression, and that time in jail.

Mitchell Kaplan: You’ve been at City Lights for 50 years. How did you end up there? I mean, you were young. You were like 21 when you started, right?

Paul Yamazaki: I was very politically active, particularly in the 1960s. It’s kind of an unusual story… I think I am the only independent bookseller, that I am aware of, that came straight from jail to bookselling. I didn’t know where or even had an idea of what the world was like, but I knew that I didn’t want to be in the San Fernando Valley. I was lucky, but I just had no idea what San Francisco really represented and what was all these cultural things were happening, but I was fortunate that I came.

Mitchell Kaplan: Did you go to San Francisco to go to college?

Paul Yamazaki: I was accepted to San Francisco State, by some miracle. I was at the “Stop the Draft” demonstrations at the Oakland Induction Center. I literally knew nothing. I was an incredibly ignorant kid, even by the standards of that day, but because there was so much cultural and political ferment it was almost impossible not to get involved.

This episode of The Literary Life with Mitchell Kaplan was recorded between Miami and San Francisco.. Subscribe now on iTunes, Spotify, or wherever else you find your podcasts!

Paul Yamazaki has been a bookseller since 1970. He has been the principal buyer at City Lights Booksellers for more than thirty years. Yamazaki has served on the board of directors of several literary and community arts organizations. Among them are the Council of Literary Magazines & Presses (CLMP), Small Press Distribution (SPD) and the Kearney Street Workshop (KSW). Yamazaki was once a member of the jury that selected the 21 writers that were included on the Granta Best Young American Writers 2 that was published in the spring of 2007. Yamazaki participated in The Translation Market, a world literature and translation summit as a panelist as well as being part of a delegation of American booksellers that was invited to attend the Beijing Book Fair. He has also participated at The Oxford Conference of the Book at the University of Mississippi and the Los Angeles Times Festival of the Book. City Lights Booksellers was named in 2010 the Publishers Weekly Bookseller of the Year

Are We Headed Toward an Irreversible Great Depression? 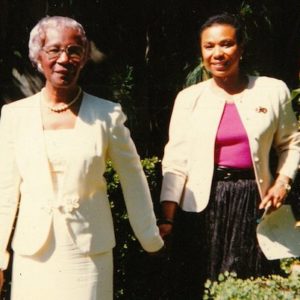 I would not be Congresswoman Barbara Lee without Congresswoman Shirley Anita Chisholm. Few people have opened more doors...
© LitHub
Back to top