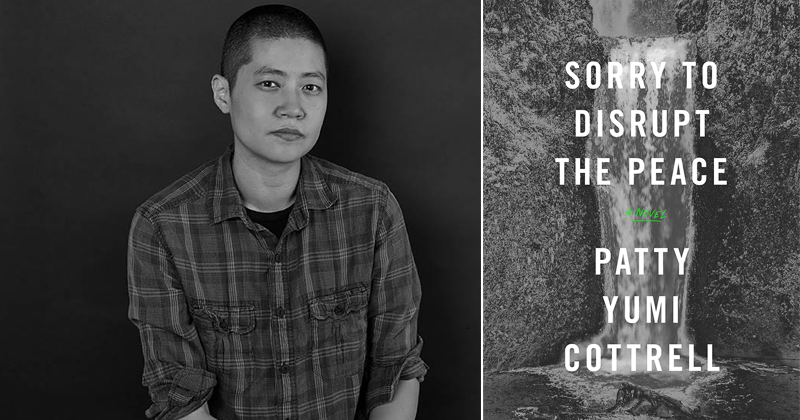 Patty Yumi Cottrell: Writing is not Therapeutic in Any Way

On Morality, Penis Lesions, and Writing From Life (or Not)

“September 30th, the day I received the news of my adoptive brother’s death, I also received a brand-new couch from IKEA.” So begins Patty Yumi Cottrell’s brilliant debut novel, Sorry to Disrupt the Peace (McSweeney’s). It’s my favorite kind of first sentence: one that provides a map for the whole book. The real emotional weight of this opening confession isn’t the focus. Instead, we’re anchored in time and banal facts. Cottrell’s narrative goes on to explore murky emotional terrain by way of misdirection; the sum is comical, dark, and affecting.

Peace follows Helen, a 32-year-old woman who, when she learns her adoptive brother has died, leaves Manhattan and flies home to Milwaukee with no plan to return. And really no plan at all, aside from digging up the truth. In Milwaukee, Helen feels she must find answers. She scours her childhood home, trying to discover why her brother would choose to die. Her investigation is filled with moments both hilarious—starring an enthusiastic grief counselor, Chad Lambo—and weep-inducing. Despite its subject matter, Cottrell’s book refuses to become sentimental and melodramatic. Instead, readers get a more honest glimpse of the weird world through Helen’s uneasy, unflinching eyes.

I spoke to Cottrell about the book’s evolution over e-mail.

Claire Luchette: Can you tell me about the book’s transformation from an idea to novel? What was the incubation period like?

Patty Yumi Cottrell: The period in which I’m not writing anything is the most important part of my writing process. That’s when I’m mustering up the courage and will to write. I try to read a lot of books. I try not to think about myself too much. Life dictates when and how I write.

CL: Your prose is so dark, funny, and surprising, but also deliberate. I love how Helen refers to people again and again with qualitative titles: her roommate Julie, her adoptive father, her adoptive mother. And she’s so compellingly strange: evasive in the most surprising ways. Did her voice come readily?

PYC: My narrator’s voice was immediate for me. It’s an accumulation of all of the books I’ve read and the people I know and the art that I love. That repetition of qualitative titles is a necessary component of her voice. It’s consistent with her character. To my ears, it has a propulsive quality. I’m sure some people will think it’s great, and maybe some people will find it annoying or weird.

CL: The waterfall on the book’s cover represents one of the meditative strategies Helen tries for dealing with her trauma. But in reflecting on the waterfall—a watermill, actually—she ends up concluding that she has “always experienced extreme fits of jealousy, the type of jealousy that destroys the peace.” What makes Helen’s jealousy is unique?

PYC: My narrator, Helen, likes to embellish whatever she’s talking about. In that way, she’s an embroiderer in the tradition of Robert Walser narrators. Everything in her world is either enlarged or minimized. But this is an interesting question and something I’ve never thought about before. Over and over, it seems to be the same old story regarding jealousy. Humans tend to be jealous creatures. I don’t think anyone’s jealousy is unique. Am I wrong?

PYC: Foucault once said that morality has been catastrophic. To be honest, I’m not interested in morality. Helen is referring here to a situation with drugs. This is another good example of her enlarging a situation to fit some kind of lesson she wishes to impart. I was also thinking of all the misunderstandings in The Life and Opinions of Tristram Shandy, Gentleman. That’s a great book. Reading it is like eating a plate of dark green leafy vegetables. It’s good for you. And all of those black death pages are pretty special.

CL: Do you find that your writing is influenced by what you’re reading? What were you reading while you wrote Sorry to Disrupt the Peace?

I am influenced by what I read, so I need to protect myself a little from the toxic garbage that’s out there. I wasn’t reading much while I wrote my book, but around the time when I finished it, I read a book by John McPhee, and the chronicles of D.H. Lawrence from the time when he was in Mexico, and every book by Brandon Shimoda, a poet. I might have been reading a book on meditation, too. Zen Mind, Beginner’s Mind, I think.

“I am influenced by what I read, so I need to protect myself a little from the toxic garbage that’s out there.”

CL: What are your favorite first-person narratives?

PYC: I’ll limit myself here because right now I’m thinking of sex and the grotesque in fiction. So with that in mind, I like The Days of Abandonment by Elena Ferrante, because it has a sex scene that is graphic and repulsive. I like how the narrator checks the man’s penis for lesions. It seems so right, so true.

CL: You’ve called this book an “anti-memoir.” The book without its dust-jacket is a gorgeous, arresting thing: bright green, and with an “all persons fictitious” disclaimer in all-caps. Were you involved in this aspect of the design?

PYC: When I referred to my book as an anti-memoir, I was trying to make light of a situation in which some people might read my novel as a memoir, based on my Korean adoptee identity. This book is a construction. I have the utmost respect for writers who write from life, like Rachel Cusk and Ben Lerner. But this book is not a novel from life in the traditional sense.

There are elements of my life in everything I write, whether it’s a fable or a story about a failed teacher who hates children. But what’s true or not—it doesn’t matter. It’s fiction. Everything is shaped and constructed deliberately. I went into my book with a mental tool, and I carved things and whittled away, and sometimes I added little flourishes. That’s why I would argue that this book is a work of imagination, regardless of what lines up with the events or elements of my life. I emptied my memories a long time ago in a therapist’s office. Writing for me is not therapeutic in any way.

I’m glad you like the design. The designer, Sunra Thompson, is a genius. I had some input: I told him I didn’t want any human faces or people on the cover. At first I was a little afraid of the bright green, but now I think it’s cool because it’s hidden beneath the matte silver jacket. The disclaimer is funny to me. But all of the credit goes to Sunra and McSweeney’s. 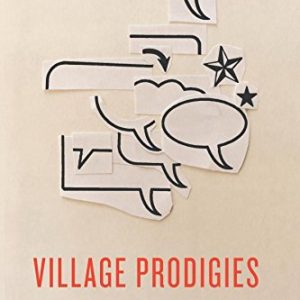 LXXXIII (Chanterelles) Black trumpets, whale-colored pamphlets, or shingles, or ears, bookmarks of the netherworld, breakfast...
© LitHub
Back to top