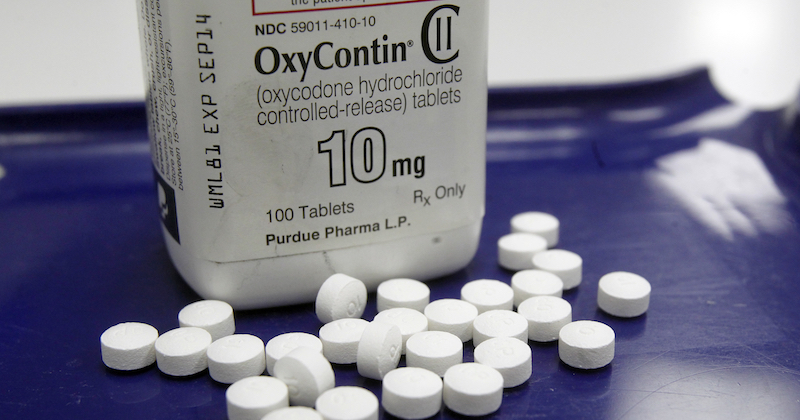 Patrick Radden Keefe will donate £10,000 in prize money—because it came from McKinsey.

Here’s an example of someone actually living their principles! Patrick Radden Keefe, author of Empire of Pain: The Secret History of the Sackler Dynasty, a book exposing the Sackler family’s role in creating the opioid crisis, has chosen to donate the £10,000 he won as a shortlisted author for the Financial Times and McKinsey Book of the Year Award—since McKinsey advised the Sacklers and Purdue on how to “turbocharge” sales of Oxycontin, and paid $600 million to settle lawsuits over their role in the opioid crisis.

In a Twitter thread, Keefe laid out his reasoning for donating his prize money: “On the one hand, it means a great deal to me to see this book recognized. On the other hand, I could not take part in the lovely gala dinner and not at least acknowledge the proverbial elephant.” He also posted a picture of himself at the award’s gala, in front of a room labeled “The Sackler Room.” Wrote Keefe, “As I used to write in the margins of the novels I read in high school English class: “IRONY.”

“Given the themes of the book, it would have been hypocritical, to put it mildly, for me to put on a suit and go to a fancy gallery adjacent to the Sackler room and drink champagne and vie for a prize sponsored by McKinsey and politely refrain from any mention of the above,” wrote Keefe, though he asserted the prize’s jury was independent from its sponsor. “The whole thesis of the book, in a way, is that it’s that sort of dynamic—a bunch of elites and aspiring elites, in lush surroundings, looking the other way—that helped to get us where we are today.”

Keefe plans to donate the money to Odyssey House, which helps New Yorkers in need overcome drug and alcohol abuse.