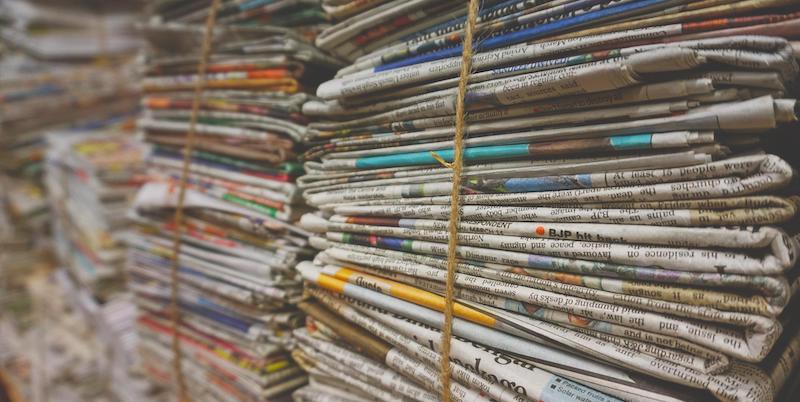 On the Art of the “Writearound”

One challenge I frequently grapple with in my work is how to write vividly, intimately, and fairly about people who I have never met. Sometimes the people I’m writing about are dead; often, they’re very much alive, but would prefer that I not be writing about them, and thus refuse to speak with me. People have lots of reasons not to talk, many of them understandable, and I never hold it against someone when they decline an interview. But if it is their prerogative to boycott the process, it is my prerogative to write about them anyway.

In magazine journalism there is an editorial tendency, when a subject won’t give you the time of day, to just move on: If they won’t play, then we won’t write about them. But over the years I’ve come to believe that one of most overrated aspirations in journalism is access. This is particularly true in any story involving people who are wealthy or powerful, and who have experience in dealing with the press. They know that journalists and editors (and, to a lesser extent, readers) prize access above all else, and so they wield it as a form of barter.

You can always tell the sophisticated repeat players: when you request an interview, they don’t demand “quote approval,” because they know that would offend you, indicating that you might be willing to cede editorial control, which of course you would never do, because you have too much journalistic integrity. Instead they say—and it’s almost always some version of this exact phrase—“Why don’t we talk off the record for now, and if there’s anything you want to use you can come back to me.”

This is the fig leaf that allows a subject to demand quote approval, and a reporter to let her have it, without anyone feeling as though their integrity might have been compromised. Such behind-the-scenes arrangements may seem distasteful, but they’re a reality (and, often, a necessity) in a lot of reporting about sensitive issues or resourceful people. I’ve had to use them myself on many occasions.

But this imparts a huge amount of power to the interview subject, particularly when he is the focus of the piece. In politics, it means that we are often exposed to “beat sweetener” stories in which, to take a frequent, galling example, Jared Kushner and Ivanka Trump and their un-named “somebody close to” proxies can propagate a self-serving whitewash of their own behavior that is wildly at odds with reality. In celebrity coverage, the amount of control that the singer or actor or athlete has over a story—access, acceptable lines of inquiry, photography, art direction—has reached a point where journalism becomes fundamentally indistinguishable from PR. The interviews that produce such stories are frequently conducted with actual PR representatives present, poised to jump in the moment anybody strays off message. Often there’s a lawyer (or lawyers) at the table, too.

The obligation to work around a reluctant subject forces you to do more reporting than you otherwise might.

So what’s the alternative? I’m a big advocate of what is sometimes called the “writearound,” in which a journalist doesn’t have access to the central subject, but writes around that void, talking to people who know the subject, and gathering materials: previous published and unpublished interviews, oral histories, letters, memoirs, emails, court testimony, and so forth. The challenge in these situations is: can you do enough reporting to create a portrait that feels detailed and alive?

After publishing an article about the Sackler family in 2017, I initially decided not to write a book about the family and their connection to the opioid crisis, because they wouldn’t talk with me and I feared that you might feel, reading such a book, as if you were gazing at the family from a very great distance, through a telescope. Then, gradually, I accumulated enough good sources who knew the family—and enough of the family’s private correspondence—that I concluded it would be possible to write about them with the sort of novelistic intimacy I was aiming for.

In my new collection, Rogues: True Stories of Grifters, Killers, Rebels and Crooks, half of the stories are about people I have never met, from Chapo Guzman to the financier Steve Cohen to the death penalty attorney Judy Clarke. But if I have done it right, you can read each piece and really feel that you come to understand the person—perhaps even understand them better than you would if I had made editorial compromises in the interest of access, and was granted a stilted interview in which the subject approved the quotes.

The obligation to work around a reluctant subject also forces you to do more reporting than you otherwise might. Most access-driven profiles involve an interview or two with the central figure, and then some secondary interviews, which are often facilitated by the subject of the story (“Here’s a list of people who will tell you wonderful things about me. I’ve told them to expect your call.”)

When you don’t have that central interview, or the blessing of the subject, you have no choice but to track down others who might not offer such reliably glowing assessments, and to build out a notebook full of sources so that you can cross-check second hand anecdotes and stress test your own hypotheses. When you put in that additional work, it tends to manifest in a deeper, richer story, one not compromised by the editorial hand of the interview subject or her handlers, yet one which, paradoxically, brings the reader closer to her than you might have had you had the opportunity to look her in the eye. 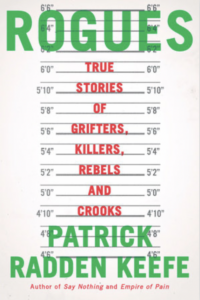 Patrick Radden Keefe is a staff writer at The New Yorker and the author of the New York Times bestsellers Empire of Pain, winner of the 2021 Baillie Gifford Prize, and Say Nothing: A True Story of Murder and Memory in Northern Ireland, which received the National Book Critics Circle Award for Nonfiction, was selected as one of the ten best books of 2019 by The New York Times Book Review, The Washington Post, the Chicago Tribune and The Wall Street Journal, and was named one of the “10 Best Nonfiction Books of the Decade” by Entertainment Weekly. His previous books are The Snakehead and Chatter. His work has been recognized with a Guggenheim Fellowship, the National Magazine Award for Feature Writing and the Orwell Prize for Political Writing. He is also the creator and host of the eight-part podcast Wind of Change. 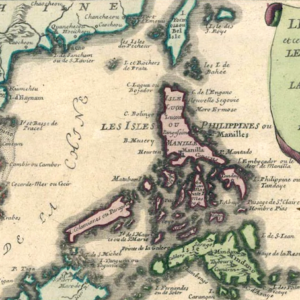 Words are symbols, names are spells; and in this othered life, I am drawn to such magic, such enchantment. For a moment,...
© LitHub
Back to top
Loading Comments...