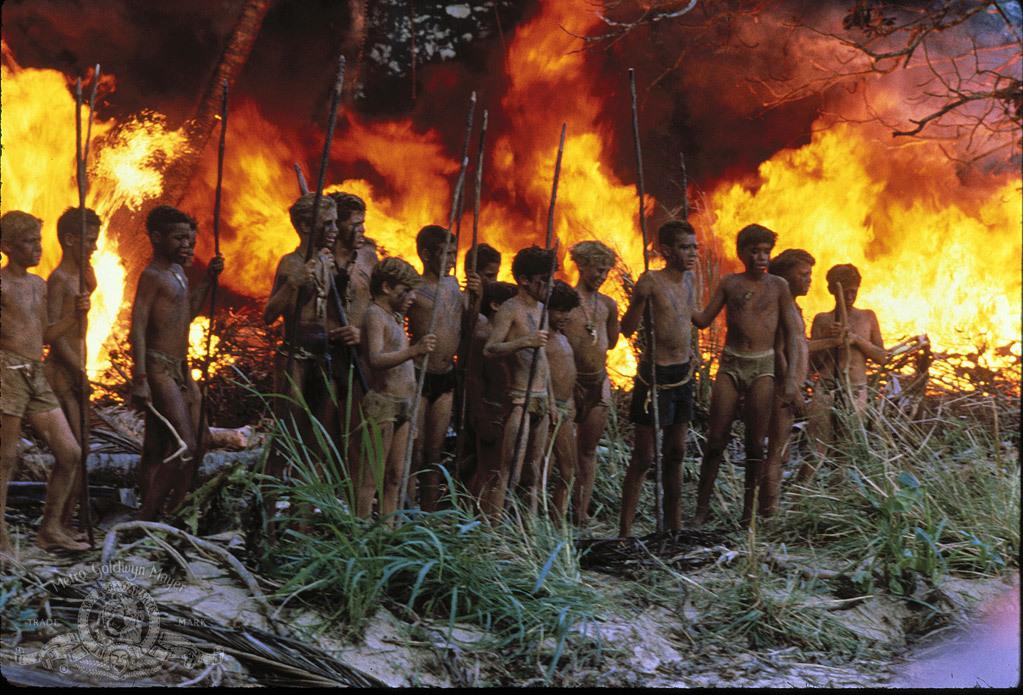 Patrick Ness and Luca Guadagnino are adapting Lord of the Flies for the big screen.

Ralph wept for the end of innocence, the darkness of man’s heart, and the fall through the air of the true, wise friend called Piggy.

Duct tape your glasses and dust off your conches because after a 30-year absence, Ralph, Piggy, Jack and the rest of those craaaaazy Lord of the Flies kids are charging their way back onto the big screen.

We’ve known since last year that Luca Guadagnino, the director of Call Me by Your Name, was working on a brand new movie adaptation of Novel Prize-winning British author William Golding’s seminal 1954 novel, but recently, according to The Hollywood Reporter, he’s added Patrick Ness, the author of the YA best-sellers Chaos Walking and A Monster Calls, to the adaptation team.

The novel, a staple of high school English class curricula the world over, is a harrowing morality play about a group of British schoolboys stranded on an uninhabited island and their disastrous attempt to govern themselves. As the boys’ primal urges bubble to the surface, the group splits into two factions: one led by the noble and upright Ralph, and the other by the sadistic and increasingly feral Jack. After that, well, things descend rather quickly and end rather poorly.

Given its popularity, it’s actually a little surprising that nobody has adapted Lord of the Flies for film or television in over three decades. But the dynamic duo of Guadagnino and Ness seems like an inspired choice to reimagine the novel for a twenty-first century audience, and though my tolerance for child actors is low, I will be approaching this adaptation with cautious optimism.