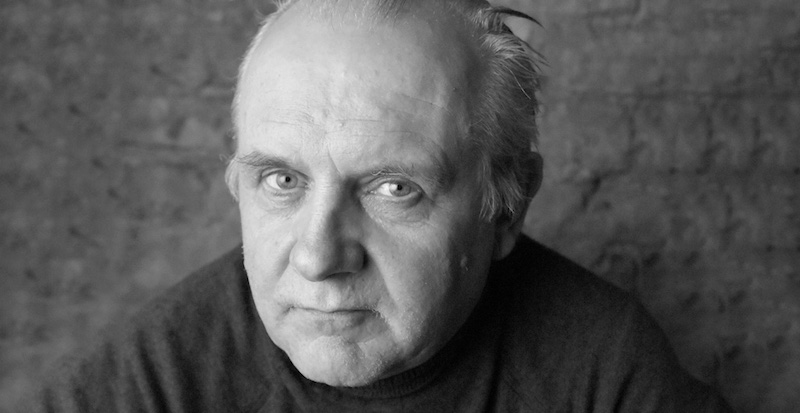 A Conversation with the Author of Poguemahone

Patrick McCabe was born in 1955 in Clones, County Monaghan. He was a teacher and then he was not, having become a full-time writer. He is the author of The Butcher Boy, which won the Irish Times Irish Literature Prize for Fiction; The Dead School; Breakfast on Pluto and others. The Butcher Boy and Breakfast on Pluto were both shortlisted for the Booker Prize and adapted into feature films by Neil Jordan. Winterwood was named the 2007 Hughes & Hughes/Irish Independent Irish Novel of the Year. His latest novel is Poguemahone. His next novel is a chillingly amusing chronicle of political and cultural life in 60s and 70s Dublin, called Watertown.

Patrick McCabe: I pretty much have followed the same writing routine for 30 years—9 to 1 o’clock, break 2 to 5 and then when the book is nearing completion: all night and all day. But all of that can be upended if a particular work decides that it must be so—for example, a play I recently wrote entitled The Big Yum Yum, that was completed in all of four weeks—as was another by the name of Sacrifice at Easter, a site-specific work undertaken in Cork City, Ireland with Corcadorca theatre company.

But if we are talking about prose, the above appears to be the pattern. It’s kind of like waiting for a face to emerge in a towel, or one of those old picture transfers which used to feature koala bears, cowboys and sometimes tropical islands. They used to take a while to appear in full on your forearm, and provided you with the same sense a novel does, at least whenever it comes out right.

LH: How do you tackle writers’ block?

PM: I used to tackle writers’ block by concentrating on the sad, pleading and utterly perplexed faces of my starving children. Now that they are grown I don’t seem to get it. But generally speaking I think writers’ block is connected with problems of an emotional nature in one’s own personal life—that is to say if there are serious difficulties of one kind or another deep inside of you, it is indeed very likely that a great big impediment will soon begin to place itself in your way, whether you describe it as a block or not.

PM: Finish what you start. There is always a point to this as it will impose, to whatever degree, some sort of shape on whatever it is you think you are attempting. And even if you deem it unsuccessful it can always be left aside, something which has happened very often to myself, in order to ferment like wine, maybe to reappear often years later in a different but somehow similar form, and then away you go. I know this because that’s what happened to me with The Butcher Boy, which grew and grew and then was put away. Coming out of the dark at a whopping 500 pages only to be macheted down to a precise and manageable 165.

PM: The first book I fell in love with was The Dandy Book, pub. 1961 by D.C. Thomson, Dundee. It featured Korky the cat, Desperate Dan and Corporal Clott. There were other fabulous characters in there too, including The Crackaway Twins with a villain called The Hood, who was rivaled only by The Saboteur in The Bunty Annual, which I also loved, dealing as it did with the exploits of a Phantom Ballet company marooned in Antarctica, who were being menaced for some reason by this rascal, The Hood. Another compelling protagonist in The Dandy was Jimmy the proud owner of a magic patch, with the aid of which he invented magnificent characters. Somewhere between this fellow and The Master and Margarita by Mikhail Bulgakov, I decided I would have to get in on the act and become a writer.

PM: If I wasn’t a writer I would drive a digger and I mean a digger a great big beast of an excavator that could move mountains and then drive over them delighting in the cheers of “Yes! There he goes, Pat McCabe the excavating man—can you imagine the fool he was once a writer?”

That’s my dream. And if anyone thinks that I’m being frivolous then I would prevail upon them to spend some time among the pages of Bob Dylan’s Chronicles, where all kinds of fantastical alternate universes are created by Mr. Zimmerman, who over the years has stolen and recalibrated so many identities that it’s no wonder his mother was perplexed when he rang her up and solicited her permission to “make up some more lies” as he felt it in some way was assisting his career.

After Joyce and Shakespeare, Bob Dylan is my best. Eighty and still going. So if I don’t get to pilot my excavator, maybe I could get to be his chauffeur. And listen as I’m driving into his casual conversation—more fibs no doubt, but isn’t that after all what fiction is—outrageous lies that somehow manage to tell the truth. 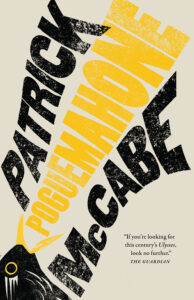 How Ten Percent, Like Call My Agent! Before it, Turns Celebrity Into Text 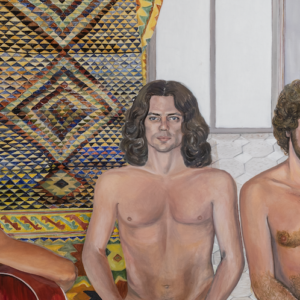 During the 1960s, feminist painter Sylvia Sleigh shocked the art world when she replaced visions of the female muse with...
© LitHub
Back to top
Loading Comments...