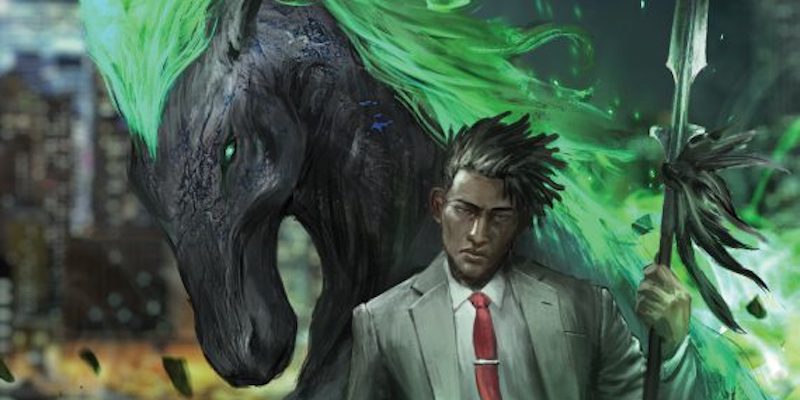 Patricia A. Jackson on Reworking Biblical Lore and Mythology

Patricia A. Jackson’s debut novel Forging a Nightmare immerses the reader in a world of menace-—fallen angels and demigods whose history of alliances and resentments stretch to the beginning of time. Jackson puts a fresh spin on biblical characters like Gabriel and Lucifer by turning them into FBI agents, a parish priest, a homeless preacher and other seemingly ordinary folks who pursue ancient vendettas in modern day New York City.

On the surface, the story is about a series of grisly murders. But underneath, it is about much more: a son grappling with his father’s abandonment, the persecution of “the other” and the revelation that maybe Hell isn’t the unremittingly evil place we thought it was.

The hero is Michael Childs, a Black FBI agent who competes in jousts (at the opening of the book, he shows up at the scene of a grisly murder clad in medieval armor) and who (unbeknownst to him) descends from divinity. His sidekick is Anaba Raines, a Black former Marine and the eponymous Nightmare, whose transformation into a fierce and hellish horse makes her a formidable foe to angels seeking to do Michael harm.

Rob Wolf: You’ve put your own spin on biblical lore and mythology. For instance, the Four Horsemen of the Apocalypse are traditionally scary but in your book, they’re funny and charming and want to help people they feel are being unfairly persecuted. Tell me about your re-envisioning of these biblical myths and stories. What are you doing and what does it tell us about your relationship to religion?

Patricia A. Jackson: My relationship to religion is tattered. I would say there’s faith and there is religion, and I am a faithful person. I believe in something greater than myself. I am a spiritual person. I see religion as a control collar. So I am not a religious person, and I guess I wanted to break some things. So I did. And the Four Horsemen have to be cool because, well, they have horses. And of course, that is my favorite animal.

I had to create this mythology around the horsemen, and the characters simply evolved. They did start off somewhat sinister. The first one that Michael Childs meets is Death. And in the writing of this story, the character became the mentor to Michael to help him understand his angelic nature. And then the next one that I thought of was Pestilence, and I made that particular angel female because we always see them as male. And she was feisty, and I don’t want to call her promiscuous, but she’s flirty and she’s fun.

RW: How did your experiences as an equestrian shape not just the story but you as a person? I imagine it builds character and makes you kind of fearless. And also what was it like being Black in an environment that I think is probably, at least traditionally, largely white?

PAJ: Horses will humble you. They don’t judge you like people do, which is nice. There’s no forcing them to do anything. They will do it out of fear, or they will do it out of love because they want your praise. And some horses learn a job. They know to take care of you.

Being the only Black kid on the showgrounds in a time when a lot of Blacks did not ride—it was lonely because you were seen as an anomaly, and people would stare. And if you were good, and I was, people would stare. For the most part, I can say there was great kindness. Nothing was said within earshot. I had judges come and speak to me, give me tips and that sort of thing. But it’s a lonely world.

I’ve had some menacing situations. For instance, a gal came to take pictures of the horses who were stabled. I was sitting beneath a tent and I invited her to come in to the barn, take pictures of the horses and then invited her down to have a Coke. And then she says to me, “How long have you worked for these people?” “No, no, no. I don’t work for them. They work for me. I’m a rider. I’m a competitor.”

RW: You’ve been writing stories since you were eight years old. But you write in an essay on your website that the idea of making your characters Black wasn’t something that actually came naturally—that, in fact, you just naturally created white characters.

PAJ: Because that’s the world I lived in. To be beautiful you had to have blonde hair and blue eyes and fair skin. That was what the world told me was beautiful in the Barbies and baby dolls and television. And it wasn’t until I started writing some Star Wars fiction in the late 1990s, early 2000s that I started to experiment a little bit. I created a world called Socorro, and that’s where all the Black people were in Star Wars, in my mind.

And people would say, “Well, there’s no Africa in Star Wars, so there are no Black people.” And that was just translation for “You don’t matter. You don’t need to be here.” So I was experimenting with these characters who had dark skin, and that’s all I would touch on because my father made it very clear to me: do not call attention to yourself because that’s not always safe. So in writing Forging a Nightmare, it was an exorcism to find my blackness, to find who I was and to appreciate and to love it.

Patricia A. Jackson is a high school Language Arts teacher in Pennsylvania. She has published a number of short stories for the WestEnd Games quarterly Star Wars Adventure Journal. Forging a Nightmare is her novel. 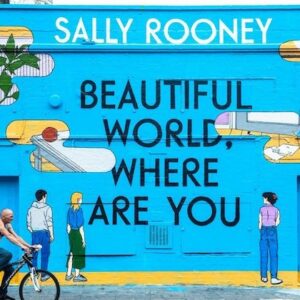 Remember the tote bags? The bucket hats? The coffee carts? The pop-up shop? The mural? The Publisher’s Publicity Circle...
© LitHub
Back to top