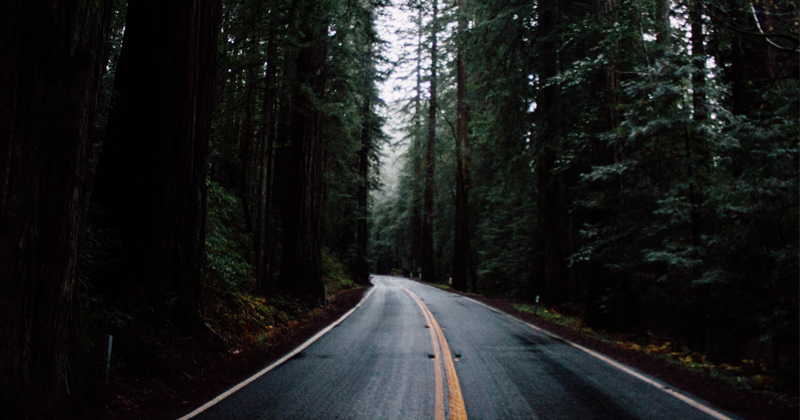 Ursula Fricker will be appearing as a featured writer at The Festival Neue Literatur, March 23–25. The following is translated by Michael Hoffman.

Isa was speeding. She was desperate to get home, collect a few belongings, and be done. The line of trees along the avenue broke up the moonlight. Suddenly, instead of turning for home, she swung onto the Autobahn. She didn’t want anything more to do with her parents. Don’t go, Arturo had said to her, let them keep their bourgeois little life. As if she wanted to take it away from them. Once around the

city, to think, she did her best thinking while driving. Arturo’s cigarettes were on the front passenger seat. She took one out of the pack, put it between her lips, pressed down the electric lighter. Click. She wasn’t a regular smoker, the first drag tasted acrid, and forced her to cough. A feeling of light-headedness, which soon passed. Gradually she started to calm down.

Her mobile rang, on the display it said Mum. Ever since Isa had moved in with Arturo, Sabine called her every day. Isa refused the call.

Before falling in with Hans, Lina and Arturo, Isa was nothing. She could have been anything at all, and wasn’t. She went to school in the morning, and home at night. She had friends, but she rarely saw them. She tapped out her little bulletins and updates on her smart phone,

She was a disappointment to Sabine and Erich, her parents. She wasn’t an ‘A’ student and she wasn’t on the brink of a promising career, she was nothing. They looked to her for commitment and enthusiasm, and were disappointed. I don’t care what you end up doing, Sabine said, law, art history, if you like you can become a hairdresser, but whatever you decide to do, I just want you to bring some passion to it.

Isa had no passion.

Look at me, said Sabine. You never look me in the eye, there’s something shifty about the way you look at me, you always turn away.

They wanted their only child to be proud, sensitive, a free human being. A character. A strong woman. Women of the kind her mother admired, women who devoted themselves to a life’s work. Sabine had devoted herself to Erich, and then to Isa, but in her eyes, a husband and a child was not really what it was about.

“What would she have asked anyway? Is this the Momo? Where’s the entrance? Whoever showed up here knew what they were doing, and wouldn’t be asking any questions.“

Isa felt like a small beast being herded towards a wide-open gate. A gate that was open only to those who were in some way special. What if Sabine wasn’t special. Certainly, her mother looked as though she was something special, with her dark hair and dark eyes. She looked like a flamenco dancer, even though she didn’t have a drop of Spanish blood in her. Whenever new acquaintances refused to believe that Sabine wasn’t the least bit Spanish, she said with a little artificial laugh, that she had gypsy blood in her.

Isa was standing in an entryway, sheltering from the rain, when Hans and Linda came running past her. Linda ripped the mask off her face, and vomited in a corner, while Hans, still in his mask, held her hand, swore softly to himself, and kept peering out through the window. Shortly after, several policemen ran past. Get down, hissed Hans, pushing Linda into the corner, where she vomited some more.

Hans pulled the mask off. Great, he said, were those assholes after you too.

Isa hesitated, then nodded, Yeah, it was a near thing.

Linda spat once more, and wiped her mouth on her sleeve.

Will you be coming to Momo tonight? asked Hans, and pulled a flyer out of his jacket pocket, we need everyone who’ll come.

Isa had no intention of going. Come the evening, though, there she was, in front of a derelict factory at the foot of Bogenstrasse. Kr.tschmar & S.ns .ootwear it said over the entrance, the ancient building was some sort of villa, bricks, gables, eaves. New windows and a clumsy extension on the left wrecked the elegance. Graffiti tags went all the way up two floors, the colours looked muddy against the yellow bricks, the doors and windows were boarded

up. She stood around for a while. Two women turned up, gave her the once-over. Isa didn’t dare ask them. What would she have asked anyway? Is this the Momo? Where’s the entrance? Whoever showed up here knew what they were doing, and wouldn’t be asking any questions.

The women walked in through a steel door in what was left of the side wall. Isa went in after them. As they crossed a large yard and then down a steep flight of steps into a basement, one of the women kept turning round to look at her. Isa pretended she knew where she was going.

The space was low, large and still fairly empty. Loud music, 50s sofas, low chairs and kidney-shaped coffee-tables stood around between the bar and the stage. Candles were burning, though they didn’t make the place any cosier. Over the stage was a banner SOLIDARITY WITH TESSA. Tessa, as Isa had managed to find out in the course of the

day, had been picked up in Italy and handed over to the German authorities a week before. Thirty years ago, the charge went, she was supposed to have shot a bank teller during a hold-up. TESSA, YOUR STRUGGLE IS OUR STRUGGLE it said on another banner, with a design of a clenched fist and a purple star. It all looked terribly serious and menacing, and Isa felt she was being stared at, taken in, studied. She looked down at herself. No biker jacket, jeans and boots, but tailored suit and blouse, and much too fancy shoes. The clothes are a dead giveaway, thought Isa—she wished she could have torn them off. She strode up to the bar and ordered a beer, posturing as best she could to compensate for her clothes. 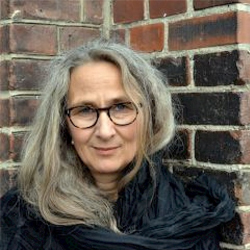 Ursula Fricker was born in 1965 in the Swiss town of Schaffhausen. She trained as a social worker and has taught theater studies. Her first novel, Fliehende Wasser (2004), was awarded the prize for single best work by the Swiss Schiller Foundation, and won her a year-long residency from

the City of Zürich. In 2009, she published Das letzte Bild, and in 2012 Ausser sich, which was shortlisted for the Swiss Book Prize in the same year.
German literatureMichael HoffmanPast and Present LiesThe Festival Neue LiteraturtranslationUrsula Fricker
Share: 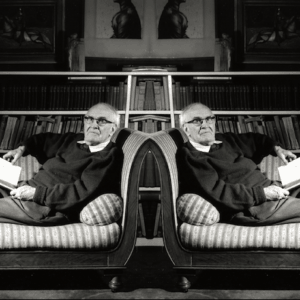 Jay Parini on the time he had a beer with Jorge Luis Borges in a Scottish pub and asked him, innocently: “Have...
© LitHub
Back to top
Loading Comments...