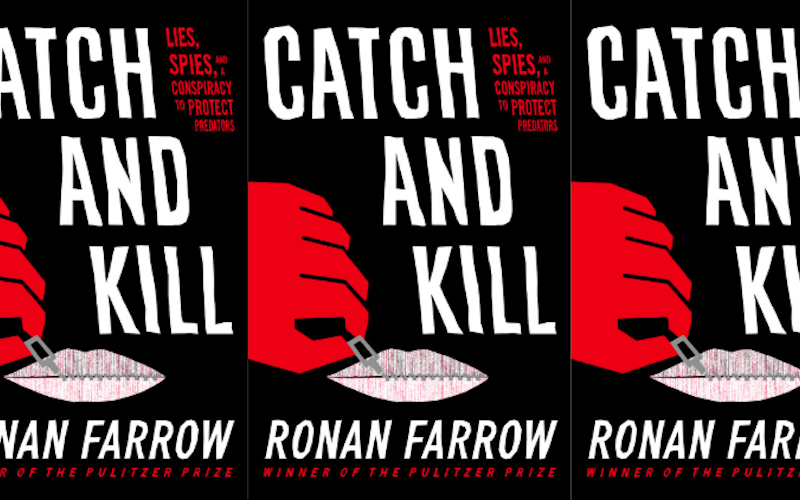 Parodically villainous Dylan Howard, the former editor-in-chief of The National Enquirer and alleged sexual harasser, really, really doesn’t want you to read Ronan Farrow’s upcoming book, Catch and Kill: Lies, Spies and a Conspiracy to Protect Predators. Catch and Kill is a work of investigative journalism that “exposes serial abusers and a cabal of powerful interests hell-bent on covering up the truth, at any cost,” according to its publisher Little, Brown.

Howard has retained the services of three separate law firms—based in the US, UK, and Australia, respectively—in “an apparent campaign to suppress Farrow’s book,” according to The Daily Beast. Howard’s world-wide legal team has threatened Farrow and his publisher with a libel lawsuit. In a truly villainous move, his UK firm, the London-based Tweed, has also sent a letter to several booksellers threatening legal action if they stock the book (which is, according to the letter, full of “false and defamatory allegations”).

According to Floyd Abrams, a First Amendment litigator who spoke to The Daily Beast, UK and Irish defamation laws are more “libel-friendly” than those in the US, which is likely why US booksellers haven’t been similarly threatened.