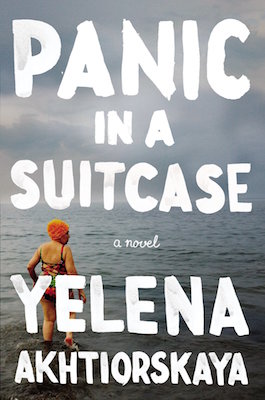 The following is from Yelena Akhtiorskaya’s debut novel Panic in a Suitcase. Akhtiorskaya was born in Odessa in 1985 and raised in Brighton Beach, Brooklyn. She holds an MFA from Columbia University. She is the recipient of a Posen Fellowship in Fiction and named by the National Book Awards as one of 2014’s “5 Under 35.” Her writing has appeared in n+1, The New Republic, Triple Canopy, and elsewhere.

They had landed in America in the middle of a heat wave, temperatures soaring into the hundreds, the streets streaked with fire trucks and ambulances, shabby businessmen, water-selling opportunists. A blackout was wreaking havoc on the outer boroughs to which they didn’t yet know they belonged. Greeted at the airport by friends and relatives whose faces were incorrect in the flesh. These people were all arms anyway, gripping, squeezing, strangling, gesturing, and yanking them out of the frenzied arrivals area. It was night. They were distributed into two cars and taken by way of roads so potholed and fractured it was hard to believe they’d gone in the right direction on the three-rung world ladder to a low-ceilinged apartment with vicious air-conditioning. Sweat beads frozen off, sinuses excavated. The food on the table was identical to the food on the table in the kitchen in the apartment in the building in the city in the oblast in the republic in the Union they were prepared to never see again. But the table looked the same, faded oilcloth from the shop off Pushkin Street (they had the same one in their suitcase), as did the buttery pelmeni, vareniki in cherry sauce, brick of black bread, dill potatoes, cream herring—identical if a bit more gray and deflated, as the spread had been left out ceremoniously while the greeters, Levik’s father and stepmother, waited for them to clear customs. Everyone was ravenous except them, who claimed to have eaten on the flight. They were pale, emaciated, dazed. Toasts were raised in a perfunctory spirit. Exhaustion and fright appeared to win out over the magnificence of a soul reunion. Marina put her daughter and her brand-new Barbie to bed. A cigarette disappeared in two puffs. She excused herself to use the bathroom. Half an hour later, Levik’s stepmother found her in the bathtub sobbing noiselessly. The friends left hours earlier than planned, looking out car windows on their drives back to Long Island, knowing that they’d also been like that not too long ago but finding it impossible to imagine.

That was seven hundred fifteen days ago—they were still counting, though it was getting less clear to what end. At first it made the change manageable, marked progress. It’d seemed that if not counted, the days might either not pass or sneak by in clusters, two or more at a time. One thing a Soviet upbringing taught you was to pay attention. Not like these lax Americans who didn’t even monitor their nickel-and-dime transactions at the grocery store. But what about the pennies—should you bother with those?

Since Levik’s father had issued the official invitation, Pasha wasn’t able to legally tag along. The understanding was that they’d collect twigs for a nest, then send for Pasha and his humble flock. But he put a freeze on the plan. Why? The many reasons he provided never quite added up to an explanation. But then the Soviet Union fell, Esther was diagnosed. . . . Visits hadn’t ever been part of the plan at all. It was strange. There had been all this tragedy and finality, and suddenly you just had to have the money for the flight. No matter—soon they’d get Pasha over here for good. Notions were flying about. Considering

Pasha’s allergy to life-decision discussions, the plan was to trap him into one immediately, get it out of the way. They’d agreed not to relent when the hostage began to squirm. But after what Pasha had been through, the scheme couldn’t be put into action. They weren’t monsters. Pasha’s talent was to shift dynamics. Until all sympathy was directed toward him. A steady current flowed his way. He aroused feelings without necessarily returning them and was permanently enclosed in an aura of exemption. It was inadvertent, though Pasha himself claimed that nothing was inadvertent, that there were no such things as accidents or coincidences.

They believed in accidents and coincidences, but too many of them happened to Pasha. Whereas they were admirably bronzed, he looked like he’d barely escaped a house fire. Last night they’d bathed him in ice water cooled with rubbing alcohol as he slipped in and out of feverish delusions about an underground washing-machine city and a trash-can blues band; this morning he seemed better, certainly quieter, but the water blisters hadn’t improved and the thermometer, slipped out of a mossy armpit, read 38. 6 degrees Celsius. And in such a state he was headed to Manhattan, no stopping him—as if anyone were trying, other than Esther with an appeal of, Wait one more day, and Robert’s hushed plea, Wait for me! But he was off. Damn him, Esther spit. Where’s he going? What does he know about this godforsaken city?

He knew that he couldn’t bear another minute in their little kingdom by the sea. Locating a chariot to take him out was no challenge. The entire neighborhood—cardboard castles, sand fortresses, Chinese take-out joints and all—went into Richter-worthy convulsions whenever a train pulled into the aboveground station. Stepping into the subway car, he took a seat with caution, as if someone might intercept and make him stand. His discomfort wasn’t physical—the air-conditioned car provided great bodily pleasure—but stemmed from the sense that a secret code was being intentionally withheld. He alternated between peering into faces and focusing on his knees. On Cortelyou Road a spark of panic flashed in his yolky eyes, and he said something incomprehensible to no one in particular. There was no response. He fell back into a glassy stupor. Another spark and he spoke again, louder. The car was packed with Russians who saw that he was in need of help, but some implacable force prevented them from becoming heroes. How bewilderingly Russian he was . . . it was simply indecent. His flailing let them possess their own proficiency, which was nevertheless too tenuous to be tested. And they knew the importance of being discreet. Someone was always watching. Luckily, there was Joe from Sheepshead Bay to come to the rescue. He screamed, he forced the Russki to repeat himself, making one wrong guess after another. But there would be no giving up. The destination, it was finally determined, was Manhattan Island. Did this trolley take him there? Manhattan’s big, said Joe, looking around. Where in Manhattan you wanna go? But Pasha had stopped listening. He was satisfied, requiring no more.

Deciphering maps wasn’t one of Pasha’s fortes. Languages were. He knew English, but strangers in an existential hurry did not. To be locked into the most desperate exchanges, from which both parties left aggravated, with a residue of elemental human failure, wouldn’t do. In the margins of his notebook were the phone numbers of old acquaintances and friends of friends whom he hadn’t the least intention of contacting. But there were pay phones on most corners, and a few even produced a dial tone. Hello, Arkadii Gulovich, this is Pavel Robertovich Nasmertov, currently in your monumental city, doing very well, positioned at the intersection of street number fifty-three and Avenue of the America, having just visited the Modern Museum of Art. Can you direct me to Guggenheim?

The individuals he wished to see he’d refrain from calling until getting his bearings in their city. Too many warnings were tacked onto this metropolis. You’ll be overwhelmed and disoriented, you’ll be yelled at, robbed, cheated. Nothing like it. It may have taken two hours to find his way out of the Met, but he could now be tested on the medieval wing. When with utmost satisfaction he decided to return home, he placed his final call to one Renata Ostraya. This turned out to be a bit of a blunder. The lady introduced herself as the spiritual custodian of the émigré literary scene. She was extremely glad he was touching base. There were a slew of not‑to‑be‑missed events throughout the month, most of them held at a venue for which she could vouch—her place. These were the poets Pasha had to be introduced to, and these were the poets, entre nous, it was better to avoid altogether. Pasha took truncated breaths, repeatedly failing to insert a comment that might extricate him from the litany. He didn’t have it in him to stop feeding coins to the machine. He nervously fondled its bendy spine. When Renata ran out of steam, he asked about a direct route from Madison Avenue to Brighton Beach. You’re staying there? So began another round about the unfortunate Brighton ghetto and the gorgeous Upper West Side. It was very soulful in that part of the city—just like Europe. Then the coins ran out. A robotic female voice warned of impending doom. The pay phone shuddered, Renata dispersed.

The train was waiting for him to saunter inside before it closed its doors. Wedged into the corner, feeling mighty, Pasha went to work sifting the free literature amassed at information desks, making two piles, one to discard and one for further study. He next looked up when the conductor shouted, Last stop, last stop, train going to the yard, everybody off! He grabbed a pile, suddenly unsure whether he’d grabbed the one intended for keeping or for tossing, and scrambled out onto the platform. He’d arrived at Woodlawn, in the Bronx.

From PANIC IN A SUITCASE. Used with permission of Riverhead Books. Copyright © 2014 Yelena Akhtiorskaya. 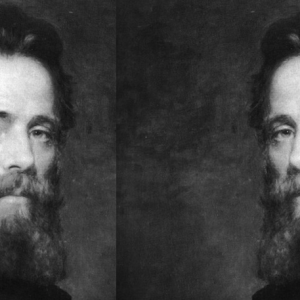