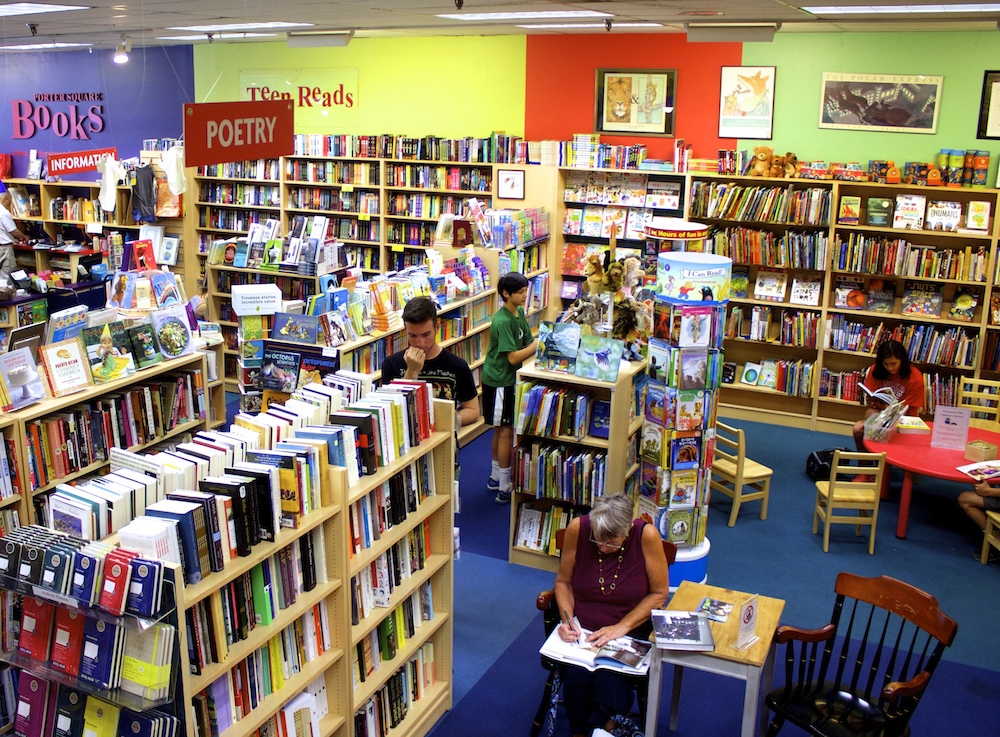 Your Clear Winner of the "Craziest Regulars" Award

Porter Square Books was opened in 2004 by a number of enthusiastic, experienced and knowledgeable booksellers. Armed with a business plan, and a desire to be in a stimulating and diverse community of readers, they settled on the wonderfully bookish Porter Square in Cambridge, MA. To their delight, they were embraced by their new neighborhood. To this day they remain fiercely independent while adapting to the changing bookselling environment. 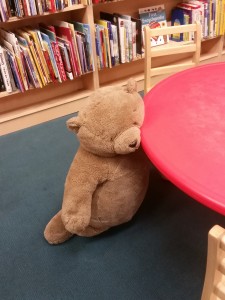 Chris (bookseller): The YA and Middle Grade sections, if there’s still room to shelve more books. Any other section if there’s not.

Josh (bookseller and marketing director): I probably read more fiction than anything else, but I also spend plenty of time in poetry and belles lettres, always gravitating towards books that are a little out there.

David (co-owner): It’s a tie between General World History and Books on Language.

Josh and Marie (bookseller emeritus): A section devoted to translation. It’s been well documented that Americans don’t read much in translation and the easiest way for a bookstore to help bridge that gap is a devoted section.

Chris: An author zoo: Writers of different genres kept in humane enclosures where they can write and drink coffee all day while tourists poke contracts at them through the bars and yell things like, “How many books have you sold?” and “Where’s your platform?”

Jennifer: As the gift buyer and merchandiser, I’d have to say more display tables! Themed displays sell very well here, and it’s so much fun creating them.

David: Literary Criticism; more books in Spanish than we have now, as well as books in French or possibly other languages (which we don’t have now).

Josh: I think we encourage conversation very well, both online in social media and in the store. We always take the time to talk to our customers and get to know them as people and readers.

Susannah (bookseller): I think Porter Square Books provides service way beyond our remit of book selling. We call taxis, research adult ed. classes, mail out lost items, follow up on research from home, look after lost dogs (I can recall the caterer’s Rottweiler coming here on his own)—and that’s just this week! Our customers feel part of a community that has books as its base.

David: Provide a place for middle grade and YA readers to discover the next book they “have to” read.  There’s nothing more satisfying than seeing an eighth-grader deeply involved with one of our booksellers discussing the merits of the second vs. the third book in a particular fantasy trilogy, or two kids debating which is the best John Green novel, or just sitting on the floor reading, back up against the bookshelves and oblivious to all around them.

Marie: The most notable regular is the Polish gentleman who grew up in a house whose dining room sat 40 people. He talks with a somewhat thick accent, but tells fascinating stories from WWII-era Poland.

Josh: I don’t know how weird this is but there’s one customer who comes in a few times a week, eats a pint of Haagen Dazs ice cream, while idly flipping through something, and occasionally buys Wooden Boat Magazine. I guess we all need our systems.

David: We have one customer who almost always buys just a New York Times, pays for it with a credit card and wants it in a plastic bag.

Josh: One time at closing, someone wouldn’t leave. She was sitting quietly in the corner reading and explained to me that she wanted me to call the police and that if I didn’t she would start breaking things. So I called the police and we both kind of waited around for them to show. The real awkward icing on top of this strange cake was pretty much right when a police officer showed up and started talking to her, someone else who was closing started blasting their heavy metal closing music.

Susannah: There was the man who dropped trow when we didn’t have Kierkegaard in the store the second week after opening. My other personal favorite was the well dressed and coiffed lady who thought a Chinese man was following her. He turned out to be totally a figment of her imagination but she had me and a security person looking everywhere for him before we realized she was a bit “off”!

Marie: The craziest thing I had to deal with was the day a guy tried to pass me his kid’s dirty diaper across the register.

Chris: Helping an elderly gentleman get his pants back on after he used the restroom. Or explaining to a customer several times that no, Amazon had NOT shipped her books to us.

Robert: A customer once had me go through a stack of books that had an award sticker, while 10+ people waited in line. Then said they didn’t want to buy one. I asked why. They said. The stickers were not on straight.

Jennifer: I still can’t believe this, but we had this cozy, incredibly beautiful bookstore in the non-literary, coastal Texas town I grew up in. While my mom browsed, I would read for hours in a plum velvet chair, with classical music softly playing.

Susannah: My first memory of a bookshop was going to spend a book token I had been given at maybe 4 years old. It was a beautiful old 2 storey shop with tall shelves and sliding ladders on the walls. After much deliberation   I bought The Tale of Pigling Bland by Beatrix Potter and still have it today. Unfortunately the bookshop was demolished in the horrendous 1970s modernization of the town centre which was a huge loss – now there is an indoor mall and one chain bookstore with no charm and 3 for 2 stickers on everything.

Carol: Looking longingly at the Nancy Drew hard covers and knowing I would maybe get one for Christmas.

Chris: Staring wistfully through the window. 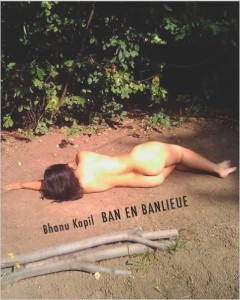 JOSH (BOOKSELLER AND MARKETING DIRECTOR) RECOMMENDS: This dense and beautiful book touches a wide range of topics including gender, race, violence, and art, taking the first few moments of a riot and meditating and expanding on them until the moment touches so much more. The act of creation, of poetry, of storytelling is the centerpiece of Kapil’s brilliant book, so I highly recommend this for writers and other artists. 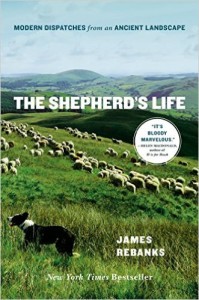 SUSANNAH (BOOKSELLER) RECOMMENDS: In prose as sparse and rugged as the Lakeland fells, Rebanks takes us through the year of sheep farming in this idyllic corner of Britain. A memoir of the hardships of the farming life, it is also a moving testament to the value of tradition, rural community, and shared land over tourism and cultural urbanism. 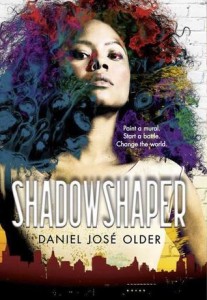 SARAH (BOOKSELLER AND EVENTS COORDINATOR) RECOMMENDS: Sierra discovers that making art is more than just her passion—it gives her the power to communicate with the spirit world and fight evil. 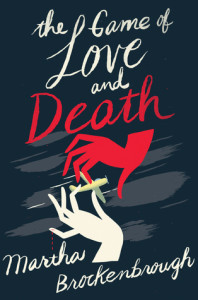 MACKENZIE (BOOKSELLER) RECOMMENDS: Henry and Flora, two young people in Depression-era Seattle, become unknowing players in a centuries-long game between Love and Death. Will their love win out, or will this game end the way all the others have throughout history? A heart-breaking examination of what it means to love and what it means to live, and how the two become intertwined. Nontraditional and innovative and sensory and evocative. 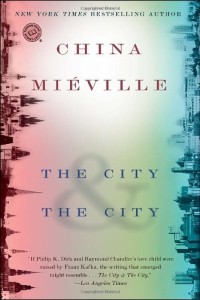 ALEXANDER (BOOKSELLER) RECOMMENDS: One of the greatest minds in fantastical worldbuilding presents his most striking world concept to date: two hostile cities occupying a single point on the map, simultaneously visible and invisible to each other, divided as much by mental conditioning as by their strange conjoined geography. Is this science fiction, or more real a world than we care to admit? 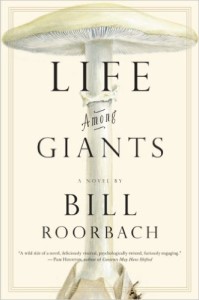 HEATHER (BOOKERSLLER AND RECEIVER) RECOMMENDS: This is a great mystery that will lull you in. Roorbach is a skilled and lyrical writer. I was immediately hooked by the main character, Lizard, a young football star who spends little time actually thinking about sports. His relationship with the famous ballerina next door, his parents’ murder, and his flaky sister, intoxicate his life and his work. Highly recommended! 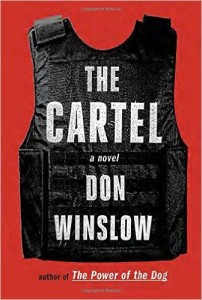 GARY (THE MOST INTERESTING BOOKSELLER IN THE WORLD) RECOMMENDS: A masterpiece. The Moby-Dick of contemporary crime novels. 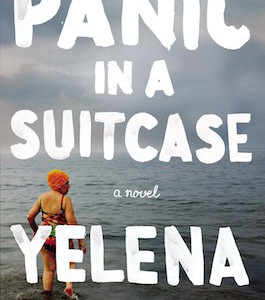 They had landed in America in the middle of a heat wave, temperatures soaring into the hundreds, the streets streaked with...
© LitHub
Back to top
Loading Comments...