The Author of Fabrications Talks to Margot Livesey

Pam and I first met at Emerson College where she’s taught since the late 80s, and where I was a Writer in Residence and the fiction editor of Ploughshares for many years. We soon bonded over what we were reading—the novels of Kazuo Ishiguro and Toni Morrison and the stories of Grace Paley and Andrea Barrett. Pam herself is the author of many scintillating stories and the co-author of the widely-used textbook, What If? Writing Exercises for Fiction Writers. Our admiration for each other’s work soon led from the halls of academe to the dinner table: food, wine, passionate conversation. The pandemic has made meetings hard but her brilliant new book, Fabrications: New and Selected Stories, has kept me wonderful company.

Margot Livesey: Growing up in rural Scotland, I read omnivorously but had no idea that there were living writers. You too grew up reading omnivorously, in rural Pennsylvania. Did you know there were people who wrote? When did you begin to write?

Pamela Painter: Margot, that is fascinating. I too didn’t think of writers as “living.” Or dead. We never had books in my home, but I had an uncle who read cowboy paperbacks, and I depended on a neighbor for Nancy Drews. I read through my junior high school library lickity split and then the teacher’s far from literary collection, Frank Yerby novels, etc. I didn’t read real literature until college and I didn’t aspire to be a writer until I was teaching high school and my schedule included a creative writing class. I wrote my first story in that class.

ML: A great pleasure of Fabrications—and one of the most unusual aspects of the collection—is the variety of forms you use, from very short stories like “Dud”—in which a film editor creates a brilliant preview out of a terrible film—to much more expansive stories like “Her Elvis Presley Wedding.” I’ve heard you say that when you get a story idea you know what species of story it will be. Can you say more about that sense of length?

PP: I like your term “species.” When a story idea occurs to me, it arrives with the length intact. My flash stories contain small movements whereas my longer story ideas present me with an unstable situation that needs serious unravelling. Only twice have I known the ending of a story. I like to take the same mysterious ride toward a story’s end that a potential reader will take.

ML: You’re not only a renowned writer but an esteemed teacher. What is the best piece of advice you give your students that you find hard to follow?

PP: The best advice I pass along to students is something you said: “[One must] learn to read as a writer, to search out that hidden machinery, which it is the business of art to conceal and the business of the apprentice to comprehend.” Margot, this is the truest and most elegant thing ever said about writing. I put it on every syllabus. As for advice I find hard to follow, early on I came up with this, “Discipline is a form of self-respect.” When we’re passing out advice, perhaps we’re really talking to ourselves. I’m not disciplined enough to write every day, so I depend on deadlines set by my writing group. I envy novelists who have another world to live in for a year—or ten.

ML: Speaking of “another world,” one of the most moving stories in the collection is “Reading in His Wake” in which a gravely ill husband and wife trade books. I can’t help but connect the story with your late husband Robie Macauley who wrote stories, novels and criticism, and was an editor at several magazines including Kenyon Review and then Playboy. Did you like the same authors? Did you read each other’s work in progress?

PP: We usually showed each other our work when it was nearing the final draft. As for liking the same authors, “Reading in His Wake” does reflect our last days together. Robie adored Patrick O’Brien’s novels, and insisted that I read two at once—the first in the series, and the one he was reading at the time. And I did not allow Robie to read Dave Barry in bed. His laughter would shake the bed, so reluctantly I’d say, “Okay, read it to me.” When Barry came through Boston as part of a writer’s band, I described these disruptions. We were in a bar, and Barry wrote on a napkin, “Dear Robie, Do not read in Bed.” Signed, “Dave Barry, MD.” Which Robie promptly framed. And as in the story, I did climb our library ladder to retrieve a Wodehouse novel because he’d rejected my suggestion of Trevor’s After Rain. Sometime after Robie died, I mentioned his insistent choice of Wodehouse to a friend, who said he totally understood because “Wodehouse is the least likely to wound.”

When a story idea occurs to me, it arrives with the length intact. My flash stories contain small movements whereas my longer story ideas present me with an unstable situation that needs serious unravelling.

ML: I know we’re both admirers of William Trevor and Alice Munro each of whom has many badly behaved characters. Reading Fabrications I realized that you share this gift; a story like “Hitchhikers” takes a surprisingly macabre turn. Are you ever surprised at the lengths your characters go to?

PP: My story “Hitchhikers” is an example of my taking that mysterious ride with the reader. I had no idea as I wrote the opening scene at the Grand Canyon that my characters’ lives were in danger. Two other stories in Fabrications do have a dire outcome—oddly told from the points of view of two crochety male narrators, the “victims.” I trust the reader will also wish them well gone.

ML: Putting your new and selected stories together must have forced you to reconsider your work in a way that few writers do. Were you ever amazed at the accomplishments of your younger self?

PP: Can I put “accomplishments” aside to say I was amazed, and sometimes appalled, that so many stories came from real life. At one point, my agent sent me page proofs for a sociology textbook that was reprinting “New Family Car.” The table of contents listed my story in a section titled “The Dysfunctional Family: Should the State Get Involved.” Dismayed, I said they could reprint the story only if they labeled it “fiction.” Hah. I had been eavesdropping on my teenage daughter and her friends playing the game “my family is more fucked up than your family.” When I confronted her—both of us were in tears—she indeed said what became the last line of my story—“Well, at least I didn’t win.”

ML: I love the story “The Next Time I Meet Buddy Rich”—one of the several stories in Fabrications that revolves around music. Could you talk about your relationship with Buddy Rich?

PP: One summer, the children and I met a drummer who gave us a drumming demonstration, and described how tongue-tied he’d been when he met Buddy Rich. He hoped for a “next time.” I began writing a “next time” story. When I first heard Rich play, I was able to talk with him in his break. My aspiring drummer had said he’d have really thick calluses, so I asked to see Rich’s hands—they were smooth like baby’s hands, and he said “If the pressure’s right the sticks don’t rub.” Another line: “Interviewers are always asking me about the future of music. Hell… for me it’s playing two hours here then going down the road to Muncie, Indiana. Nothing more.” The next time he came to Chicago he called to say “come see me, I’m getting a new set of drums.”

Can I put “accomplishments” aside to say I was amazed, and sometimes appalled, that so many stories came from real life.

So my oldest son and I went to hear Rich playing “in concert.” He proudly showed us his new drums, and later we sat in the audience with his sound man. During the program’s second half, Rich began to play and play. The band slowly dropped out and he just kept on playing. His manager said it was a magical night, the venue, the new drums, and me in the audience. I used that scene to end my story. Several years later, Robie surprised me with tickets to hear Rich play on the Cape. Afterwards I gave him my first book, Getting to Know the Weather, which included “The Next Time I Meet Buddy Rich.”

ML: This book is being published at a very dark time. Has the pandemic changed your work, or your advice to your students?

PP: I haven’t written any long stories during the pandemic, but instead I’ve found myself engaged with what I think of as “minor observations.” So many novels have a dog barking in the night, and I’m writing a tiny story asking why there is “only one bark by a dog in the night?” I worry about that dog. I worry about us. My advice to students and to myself. “Carry on: Writing is a good way to live one’s life.”

Erin Brockovich Wants to Talk About the Water Crisis 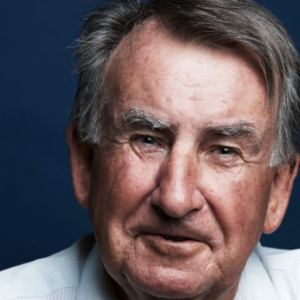 It’s a slim book, and you could easily miss it. But keep in mind that a slim book can sometimes hold the kinds of riches...
© LitHub
Back to top