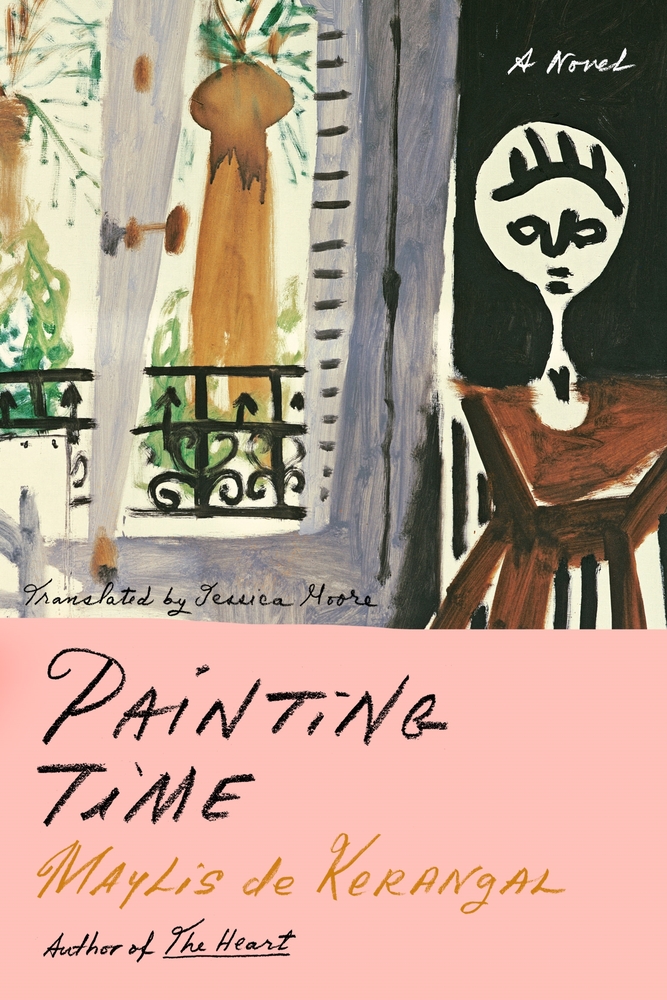 The following is excerpted from Maylis de Kerangal's novel, Painting Time, translated by Jessica Moore. de Kerangal is the author of several books in French, including Réparer les vivants, which won the Grand Prix RTL-Lire and the Student Choice Novel of the Year from France Culture and Télérama, and whose English translation, The Heart, was one of The Wall Street Journal's Ten Best Fiction Works of 2016 and the winner of the 2017 Wellcome Book Prize. She lives in Paris.

Paula Karst appears in the stairwell, she’s going out tonight, you can tell right away, a perceptible change in speed from the moment she closed the apartment door, her breath quicker, heartbeat stronger, long dark coat open over a white shirt, boots with three-inch heels, and no purse, everything in her pockets—phone, cigarettes, cash, all of it, the set of keys that keeps the beat as she walks (quiver of a snare)—and her hair bouncing on her shoulders, the staircase that spirals around her as she hurries down the flights, swirls all the way to the lobby, where, intercepted at the last second by the huge mirror, she pulls up short, leans in to fathom her walleyed irises, smudges the too-thick eyeshadow with a forefinger, pinches her pale cheeks, and presses her lips together to flood them with red (indifferent to the hidden flirtatiousness in her face, the divergent strabismus, subtle, but always more pronounced when evening falls). Before stepping out into the street she undoes another shirt button—no scarf even though it’s January outside, winter, la bise noire, but she wants to show her skin, wants the breath of night wind against the base of her throat.

Among the twenty-odd students who trained at the Institut de Peinture (30 bis, rue du Métal in Brussels) between October 2007 and March 2008, three of them stayed close, shared contacts and warned each other about sketchy deals, passed along contracts, helped each other finish rush jobs, and these three—including Paula with her long black coat and smoky eyes—have a date tonight in Paris.

It was an occasion not to be missed, an exquisite planetary conjunction, as rare as the passage of Halley’s Comet!—they got all worked up online, grandiloquent, appending their messages with images pulled from astro-photography sites. And yet, by the end of the afternoon, each one was imagining the reunion with reluctance: Kate had just spent the day perched on a stepladder in a lobby on avenue Foch and would have happily stayed sprawled at home in front of an episode of Game of Thrones, eating taramosalata with her fingers; Jonas would have preferred to keep working, to get ahead on a tropical jungle fresco

he had to deliver in three days; and Paula, who had just flown in that morning from Moscow, was jet-lagged and not so sure the meeting was a good idea after all. But something stronger than them propelled them outside at nightfall—something visceral, a physical desire, the desire to recognize each other, faces and gestures, timbre of voices, ways of moving, drinking, smoking, all the things that would be reconnecting them any minute to the rue du Métal.

It was an occasion not to be missed, an exquisite planetary conjunction, as rare as the passage of Halley’s Comet!

Bar thick with people. Clamor of a fairground and dim light of a church. They show up on time, all three, a perfect convergence. Their first movements throw them against each other, hugs, sluice gates open, and then they wend their way through the crowd single file, welded together, a unit: Kate, platinum hair with dark roots, 6’1″, thighs bulging in ski pants, motorcycle helmet in the crook of her elbow and big teeth that make her top lip look too thin; Jonas, owl eyes and grayish skin, arms like lassos, Yankees baseball cap; and Paula, who is already looking brighter. They reach a table in a corner of the room, order two beers and a Spritz—Kate: I love the color—and then immediately begin that continuous pendulum movement between the bar and the street that sets the night’s cadence for smokers, cigarettes between their lips, flames in the hollows of their hands. The day’s weariness disappears in a snap, excitement is back, the night busts open, there’s so much to talk about.

Everything you need to know about this week’s manufactured Jane Austen controversy. 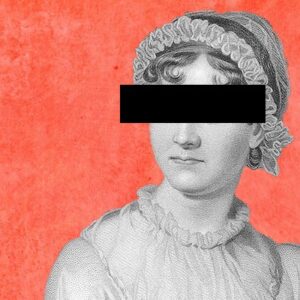 Everything you need to know about this week’s manufactured Jane Austen controversy. If you’ve been seeing headlines this week that say things like “Jane Austen canceled for drinking tea” and “Woke...
© LitHub
Back to top