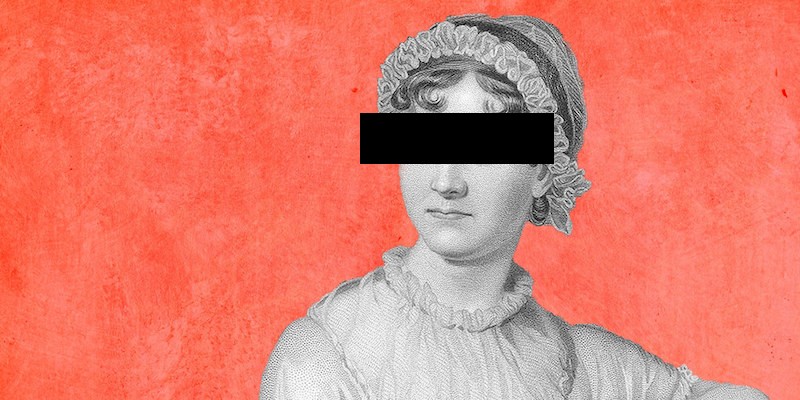 Everything you need to know about this week’s manufactured Jane Austen controversy.

If you’ve been seeing headlines this week that say things like “Jane Austen canceled for drinking tea” and “Woke Madness! Jane Austen under historical interrogation,” and are a.) worried or b.) simply confused, let me clear things up: Jane Austen has not been canceled for drinking tea, and there is no madly woke historical interrogation happening. What’s happening is a minor panic created by The Telegraph, who published an article misleadingly claiming that Jane Austen’s House Museum in Chawton planned to create an exhibit calling Jane Austen’s tea-drinking habit racist.

Here’s how it all went down: on the 18th, The Telegraph published an article entitled “Jane Austen’s tea drinking will face ‘historical interrogation’ over slavery links.” The article quoted Lizzie Dunford, director of Jane Austen’s House Museum, who said Jane Austen’s House was “in the process of reviewing and updating all of our interpretation, including plans to explore the Empire and Regency Colonial context of both Austen’s family and her work.” This includes both Austen’s abolitionist views and the fact that her father, George Austen, was the trustee of an Antigua sugar plantation; and that as purchasers of tea, sugar and cotton, the Austen family were consumers of the products of the Atlantic slave trade.

But then the Telegraph article went all-in on the tea claim, citing all the times when Austen expressed love for tea and mentioned her characters drinking tea. The (false) implication: Jane Austen’s House planned to condemn Jane Austen for drinking tea and including it in her work, and create a type of Jane Austen Hate Museum. The article also fearmongeringly invoked Black Lives Matter in regard to a display panel on Jane Austen and abolition.

On the 20th, Jane Austen’s House Museum issued a statement correcting these interpretations of their project.  The statement read in part,

The plans for refreshing the displays and decoration of Jane Austen’s House have been misrepresented. Jane Austen lived during the era of slavery and the Abolition by Britain of the Transatlantic Slave Trade in 1807. We are increasingly asked questions about this by our visitors and it is therefore appropriate that we share the information and research that already exists on her connections to slavery and its mention in her novels. This information is widely accessible in the public domain. We would like to offer reassurance that we will not, and have never had any intention to, interrogate Jane Austen, her characters or her readers for drinking tea.

We have been planning to refresh our displays and decoration at Jane Austen’s House for several years. The overarching aim of this long-term process is to bring Jane Austen’s brilliance and the extraordinary flourishing of creativity she experienced at the House to the heart of every visit. Since we are a museum of Jane Austen’s domestic and creative life, this interpretation will by its very nature include the Regency, Empire and Colonial contexts in which she grew up and lived and from which she drew inspiration for her works . . . We firmly believe that placing Austen in the context of her time at her home will only make her genius shine more brightly.

So, a routine update to a museum display—a response to visitor interest—was twisted through clever language into a culture-war moment. What is it that Mr. Knightley says in Emma—what does he say produces every sort of mischief?