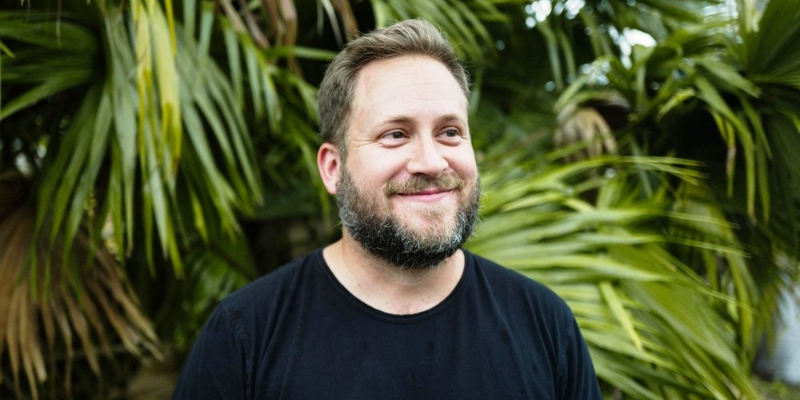 P. Scott Cunningham: The mission of the festival is for everybody in Miami to encounter a poem during the month of April. So that’s thirty days, and Miami is a huge place, an enormous place, so it’s a quixotic mission, and as such we fail every year, but we try and fail well.

Mitchell Kaplan: It’s kind of like being an astrogeophyisicist, right?

P. Scott Cunningham: Yeah, I think that’s a very positive comparison. I’ll take that one. So we’re a little bit of a like a normal festival turned inside out. A typical poetry festival would take place over two to four days, and you’d concentrate a bunch of people in one area and get as many great poets as you can and have panels and readings and things like that. And we love all those things, but the festival was created to grow the audience of poetry—and also to discover it, really. Because I think what the journey of the festival has been for me is that at the beginning, I thought we’d be delivering poetry to Miami, and now I know that we are simply creating opportunities to encounter poetry, because the poetry’s already in Miami. It doesn’t need to be delivered.

P. Scott Cunningham is a poet and essayist originally from Boca Raton, FL. He is the author of Ya Te Veo (University of Arkansas Press, 2018), selected by Billy Collins for the Miller Williams Poetry Series. His writing has appeared in The Awl, Harvard Review, American Poetry Review, POETRY, A Public Space, The Rumpus, Tupelo Quarterly, Monocle, RHINO, The Guardian, PANK, Electric Literature, American Way, and others. His translations of Alejandra Pizarnik, César Vallejo, and Frank Báez have appeared in Omniglots, H.O.W. Journal, Waxwing, and The Miami Rail.

A graduate of Wesleyan University, he is the founder and director of O, Miami, a non-profit organization that celebrates Miami, FL through the lens of poetry, and the co-founder & executive editor of Jai-Alai Books, a regional publishing imprint. Named one of “20 Under 40 Emerging South Florida Leaders” by The Miami Herald and one of 51 “brilliant urbanites who are helping to build the cities of America’s future” by Fast Company, he has been a featured speaker at The Aspen Institute, Breakout, Creative Many, TedX, Creative Mornings Miami, Miami Book Fair, and the Decatur Book Festival.

He lives in Miami with his wife, Christina, and his daughters, Ada and Frankie.

Celebrating a Year of The Quarantine Tapes 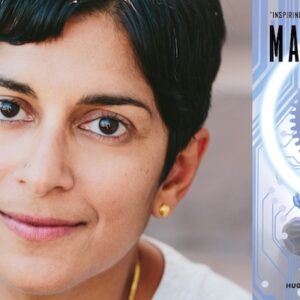 The title of S. B. Divya’s novel Machinehood refers to an underground band of rebels (or terrorists, depending on your...
© LitHub
Back to top