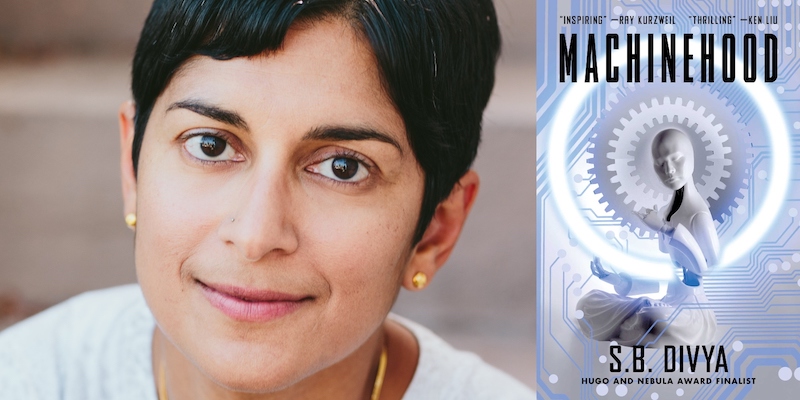 S. B. Divya in Conversation with Rob Wolf on the New Books Network Podcast

The title of S. B. Divya’s novel Machinehood refers to an underground band of rebels (or terrorists, depending on your view) who threaten to unplug the world from the tech essential to modern life unless rights of all intelligences—human and man-made—are recognized and respected.

The book opens with Welga, the story’s hero, ordering black coffee from a bot in Chennai, India; the bot puts milk in her coffee while insisting that the drink is still “black.” A human vendor across the street fills Welga’s order properly, without milk, and then summarizes her experiences with the two vendors in a tidy lesson: “Bots work faster, but human mind is smarter.”

The vendor’s words foreshadow the fault line that runs through the book. On the one hand, humans rely on bots to run their homes and economy; on the other, humans compete with bots, constantly afraid of falling physically and mentally behind.

Set 75 years in the future, the AIs in Welga’s world have not yet achieved sentience (hence they’re referred to as “weak” AIs). Still, they are stronger and process information faster than humans. To keep up, humans use mechanized exoskeletons to make themselves stronger and pills to speed their thinking and reflexes, greying the distinction between humans and bots.

In this episode of New Books Network, Rob Wolf talks to Machinehood author S. B. Divya.

“How much of a difference is there really between human beings, cyborgs, and AI-based robots?” Divya asks. “And should we be making as much distinction between those categories as we do today, especially going forward as all of these things get more sophisticated? I was really interested in looking at the blurring of those lines and interrogating at what point we decide to give machines rights, especially when they provide us with so much free labor.”

Rob Wolf: Tell us about humankind’s relationship with artificial intelligences in Machinehood. How dependent have humans become on bots and what you call “weak AIs”?

S. B. Divya: In Machinehood, which takes place about 75 years from now, humans have become very dependent on their devices, including bots and weak AIs. I see that as an extension of what has happened to us in the past and definitely what is happening to us currently. We find our devices becoming increasingly capable and ourselves increasingly dependent on them to extend our own productivity, our memory, our capacity to learn, and now, after this pandemic, our ability to work.

Once upon a time, we harnessed animals to help us. Now we’ve turned to machines and, as those machines get increasingly intelligent, the competition in certain sectors is going to also ramp up. There’s an existential fear right now for a lot of people that AIs are going to replace them and then they’re not going to have work. So in part, this novel is exploring that concern, but not so much as a dystopia, more as a realistic vision of what the future could look like when we have to coexist with these very, very capable machines.

RW: Welga has artificial enhancements built into her body. She, and a significant portion of humanity, also take a lot of drugs—“buffs,” “zips,” “flows”—to make them faster, stronger, and think faster, all as a way to keep pace with what bots can do.

SBD: These enhancements are inspired by work that’s happening right now in laboratories and academic institutions to develop smart pills. They aren’t just chemical ways of modifying your body but are electro-mechanical devices small enough to cross into your bloodstream, cross the blood-brain barrier to, for example, root out your arteries or help with heart problems.

Most of these things are being developed in a medical treatment capacity. But as we’ve seen with a lot of real-world examples, things that start out as a necessity can become commodities. In the future of Machinehood, these things have become widespread in usage and application. … The people of this world are, in part, taking them to compete with machines but also to be able to collaborate with them. … If we are in a future where we’re going to have to work in tandem with AIs as a necessity for productivity, how do we keep up with the machines and keep ourselves from being obsolete? This was one solution I invented for that.

RW: People could have chosen to sit back and say, “Well, let the bots take care of things while we pursue art and self-improvement.” … But other people are afraid that the bots one day could take over. And that fear makes them invent new drugs and push their bodies to extremes, fueling an industry of pill makers and mech inventors. To me, there is a parallel with a conventional arms race.

SBD: That echoed my study of what happened roughly 100 years ago during the Industrial Revolution and automation of the 1910s, 20s, and 30s. There were people at that time saying that factories and tractors and dishwashers and all of this automation that was coming into our lives was going to free up human beings to be able to pursue art and have more leisure time and do the things that they really want to do.

As we know, not only has that not happened, but people today are working harder and are busier than ever. The 40-hour work week that Henry Ford put in so that his employees would have time on the weekends to consume and keep the capitalist economy going has drastically eroded. Many, many jobs expect you to work 50, 60 hours a week, or at the very least make yourself available at non-core hours.

If anything, we’re making ourselves busier. As long as we are in this sort of capitalist cycle of chasing growth and productivity, we will find ways to harness technology in order to make ourselves more productive. … Biotechnology in Machinehood ends up being an economic driver the way computer technology, transistors, the internet have driven the digital economy.

S.B. Divya was nominated for the Hugo and Nebula awards for her novella Runtime. She is co-editor of Escape Pod with Mur Lafferty, and author of the collection Contingency Plans For the Apocalypse and Other Situations. Her short stories have been published in Analogue, Uncanny, and tor.com, among many publications. She holds degrees in Computational Neuroscience and Signal Processing, and for 20 years worked as an electrical engineer in various fields including pattern recognition, machine intelligence, high speed communications, digital music, and medical devices before becoming an author. Learn more at sbdivya.com. 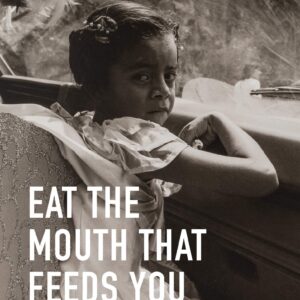 When you’ve got nothing else, you’ll always have at least a tortilla to get you through. Learn to use them. Take a tortilla,...
© LitHub
Back to top