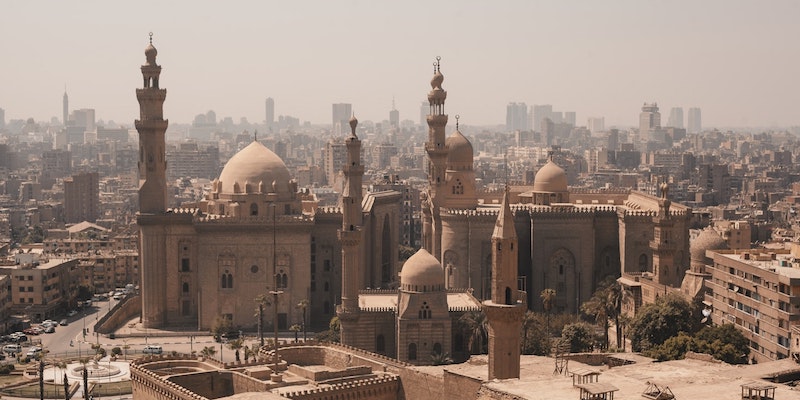 P. Djèlí Clark goes full-length for the first time in his dazzling debut novel A Master of Djinn, out now from Tordotcom.

Cairo, 1912: Though Fatma el-Sha’arawi is the youngest woman working for the Ministry of Alchemy, Enchantments and Supernatural Entities, she’s certainly not a rookie, especially after preventing the destruction of the universe last summer. So when someone murders a secret brotherhood dedicated to one of the most famous men in history, al-Jahiz, Agent Fatma is called onto the case. Al-Jahiz transformed the world forty years ago when he opened up the veil between the magical and mundane realms, before vanishing into the unknown. This murderer claims to be al-Jahiz, returned to condemn the modern age for its social oppressions. His dangerous magical abilities instigate unrest in the streets of Cairo that threaten to spill over onto the global stage.

Gabrielle Mathieu: You’re a historian. Your stories present an alternate Cairo at the turn of the twentieth century where women are allowed to participate in professional activities, and lesbian relationships don’t need to be kept secret. Did such a Cairo, which would have been more progressive than contemporary European countries, ever exist?

P Djèlí Clark: What I was doing here was playing around with some anti-colonialism, trying to imagine a post-colonial society—what that might be if these societies had the right to self-determination. And there are some things I’m drawing from that are part of Cairo of that period, but I’m playing a bit around with dates. By a decade or so, there is a feminist movement that arose, a push of suffrage, that arose a little bit later than the time I’m speaking of. Of course, there were women involved in the nationalist uprisings which were taking place even before the period I’m speaking of. And a lot of this I pulled from the history itself, from that era. It’s hard to compare—would a Cairo of that time be more progressive than a European society of that time? Because many of these European societies were not “progressive” either.

In both, women were considered appendages of their husbands. I think Cairo of that period would have probably been more similar to a European society of that time period. They would have found a lot of similarities, although there would have been differences. And what I did was I played with some of those differences, in part because the Djinn have arrived, because there’s been this earth-shattering, life-altering thing that’s happened. And part of my speaking of this is to say magic comes back in the world. There’s no supernatural activity. There’s now Djinn. Why do I expect the status quo to remain the same? So I tried to imagine how this shift pushes for rights and so forth. I figured if I can have Corporal Djinn walking around, I can have a society where women have more rights.

P. Djèlí Clark was born in New York and raised mostly in Houston, though he spent the formative years of his life in the homeland of his parents, Trinidad and Tobago. He is the award winning and Hugo and Sturgeon nominated author of the novellas The Black God’s Drums and The Haunting of Tram Car 015. His short story “The Secret Lives of the Nine Negro Negro Teeth of Washington”  has earned him both a Nebula and Locus award. He is also a founding member of FIYAH Literary Magazine and an infrequent reviewer at Strange Horizons.

Gabrielle Mathieu is the author of the YA fantasy, Girl of Fire, the first in the Berona’s Quest series, and the historical fantasy Falcon series. You can follow her on Twitter to get updates about new podcasts and more @GabrielleAuthor. 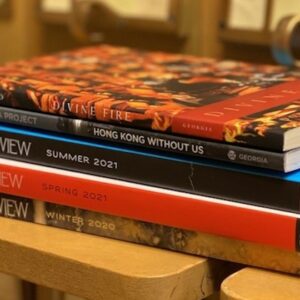 In this installment of Interview with a Journal, we sit down with the editorial staff at The Georgia Review: Ben Rutherfurd...
© LitHub
Back to top