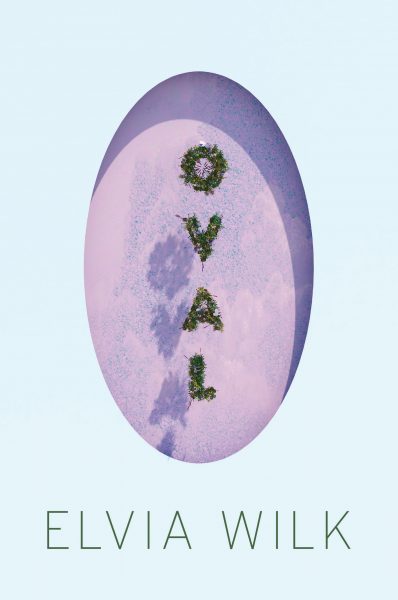 The following is from Elvia Wilk's novel Oval. In near-future corporate-owned Berlin, unaffordable in the name of sustainability, Louis works on Oval, a pill that temporarily imbues generosity, to the horror of his partner Anja. Elvia Wilk writes about art, architecture, and technology for several publications, including frieze, Artforum, e-flux, Metropolis, Mousse, Flash Art, Art in America, and Zeit Online.

Friday to Monday was an Oval-shaped binge. Their pupils were Ovals, their kidneys elongated themselves into Ovals, all the loose change in their pockets melted into Ovals and spent itself, serotonin molecules morphed into large and bubbly Ovals, Oval sperm jetted from Oval testicles through vaginal canal toward ovarian Ovals. Anja dubbed Louis “The Giver” and together they spent a thousand euros, at least, in forty-eight hours. Most surprising of all, Anja thought, was that her knowledge of the artificial nature of her instincts to spend, to give, and to love during those hours in no way dampened the urges to do those things. Far from detracting from their validity, her knowledge that her feelings were chemically induced by Oval even lent a certain righteousness to her acting upon them, a feeling of fully justified liberation.

No meat was eaten; no taxis were taken. No cigarettes were smoked. (“Think of the environment,” they whispered to each other, without sarcasm. Each soft, Oval syllable was sexually charged; the responsibility was titillating.) Alcohol was downed only sparingly, but round after round of drinks was bought for friends. What are you taking? Where can I get some? What’s it called? Louis would wink at them in a way that only he could get away with (who winks?) and Anja would shrug and giggle. They barely slept—who were they to waste this precious time in which they could do so much?

Most of this helping took place abstractly, during long, dribbling conversations in which they made plans to start a not-for-profit library in a disused building in Friedenau where they would host reading groups, and a community garden out back where they could run an agriculture workshop, and they could start a dog shelter there, and an artist residency, and hold an open call for MFA students to apply . . .

There were also some concrete actions, which were difficult to recall by the time they came down, but according to Anja’s credit card statement there were six faux-fur coats bought at KaDeWe that Louis said he was pretty sure she had given to a probably homeless man on the subway platform with a lot of facial piercings and a collie with a rhinestone collar.

On Saturday night at the Baron, watery gin and tonic in hand, Anja made a grand decision: she would buy Laura and Dam’s apartment building. She would save her friends from Finster’s property developers by taking Finster to court, starting a media campaign about the injustice the corporation was perpetrating on the urban landscape and its needy economic refugees, and scandalize whoever was in charge into preserving the building. Her friends wouldn’t have to leave their home, or the city. She’d start her career as a public advocate. How hard could it be? She had all this money sitting around, tied up in various investments—most of them green and clean and ethical, but still—and now she was grown up enough to have identified the Right Cause. She had finally discovered her calling, gyrating slowly to deconstructed classical music at four a.m. in the courtyard behind the club with Louis, hand in his back pocket, murmuring into his ear the word revelation.

And the two of them were nothing if not generous to each other. It was as if no distance had caverned in the space between them in the past weeks, as if they were back at the beginning, two years ago, standing by the swimming pool and nodding their heads in a microcosmic moment of unironic mutual understanding, but this time shudderingly without irony at all. Time collapsed and Anja forgave him, forgetting that to forgive was to admit that he had done something for which one could o er forgiveness, untangling her guts and thanking him profusely for working so hard for this experience, this round shape, this symmetry. She smiled serenely on the second night when he asked to spend an hour alone outside with the moon. His sentimentality was left undisturbed and unhounded. There was no reason to hunt for abnormalities.

But on Sunday night it was time to come down, in the interest of science. Louis insisted that they were morally obliged to experience the comedown in a hermetic environment and to carefully detail the effects, so they stumbled into his studio around ten p.m.—interns and graphic designers long gone—and settled onto the sofa cushions with Starbuckses and a few liters of tap water in bottles they had dug out from trash cans on the street.

It had only been an hour before Anja glimpsed the guilt tunnel.

The guilt was exquisite and manifold. The walls of her asylum were crumbling. She felt stranded alone with her education and her bank account, without the defenses of serotonin or melatonin or oxytocin or dopamine or endorphin in her system to pad her privilege and present her with the Right Cause. Louis remained contemplative, philosophical, nonchalant, while Anja fell into deep despair.

First came the creeping memories of chattering with (at) strangers on public transportation, of tossing a large bill to a wrinkled man with a cane who may or may not have been asking for money, of stroking the faces and arms of friends and nonfriends. Then there were the scattered guilt showers of simply having spent more than forty-eight hours straight on drugs—wasting time, wasting life, wasting brain cells. Then there was the bottomless guilt pit of realizing how easily she had been duped by water from an impure source, an artificial fountain, her own feelings exposed for the rudimentary chemistry they were.

Louis was on the sofa, eyes closed and breathing calmly. “I wonder if, philosophically speaking, it could be considered amoral to let people experience Oval without explaining what it is.” He didn’t sound disturbed at all by this, just fascinated. “We wouldn’t want it to seem like some kind of trick. It should be voluntary.”

“They’ll figure it out anyway on their own, won’t they?”

“Probably. Do you think you would have figured it out?”

“On the other hand, maybe it’s smarter to let people try it first without preconceptions. So they get the vibe and realize how fun it is, instead of going in with foregone conclusions. Concrete expectations are the worst thing you can have before a new experience.”

When they’d first started seeing each other Louis had talked about expectations often. Expectations were the death of a relationship. Holding to expectations didn’t allow the other person to change, to evolve. Expectations could only lead to disappointment. Expectations ruined the magic, precluded the possibility of improvisation.

Louis’s response to this, when Anja brought it back to him and explained it as if it had been her own line of thought, was that expectations, for him, were things that didn’t fall under the rubric of their relationship “contract.” Our contract includes exclusivity, he’d said. Monogamy is not us conforming to imagined ideals, it’s something we’ve agreed on because it works for us. Monogamy is a case where our private relationship situation happens to conform to societal structures—we chose it. I can’t believe you thought that was still up for grabs. We’re living together, for god’s sake.

(To Anja, the question of expectations had always been more of a metaphysical one. Expectations, she thought, were part and parcel of experience. You looked forward to something, you imagined how it would be, and then it happened or it didn’t—the prelude to the thing was at least the half of it, and a er it happened, the memory took over the thing entirely. The thing itself barely existed.)

Pushing these thoughts aside, she told Louis, “If I hadn’t known what I had taken, I wouldn’t feel so fucking awful about it now.”

“I know what you mean. I feel responsible too. It’s one thing to buy drinks for people you know, but totally different to be engaging with unknowns on the street.”

Anja felt relief. He understood. They’d given what they wanted to give, not what anybody had asked for. they’d forced their charity, for the sake of their own pleasure, on people they’d assumed wanted it.

“The only way we’re going to reroute this whole white-savior aspect is to share the whole experience, both sides of it. People have to be primed to accept things,” he said. “Giving is easy, it’s taking that’s hard.”

“I don’t think taking is that hard, if it’s something you need,” Anja said slowly.

“That’s why we have to remove all those barriers to communication.” He made it sound like he was agreeing again, when he was really either misunderstanding or contradicting her. “The receiver needs to be made unsuspicious of the giver. Say you gave someone an Oval first, and then a jacket?”

Anja removed Louis’s head from her lap and slid down onto the floor, leaning back against the sofa, and massaged the tendons holding her knees to her shinbones, which were inexplicably sore.

“I just don’t get what you think is gonna happen when it’s all over, babe. You can’t stay on Oval all the time, it has too much other-drug feeling to it. Monday morning rolls around and some of us are gonna have to go back to work.” She pictured the old man in the tuxedo pants who was always on the subway early on weekday mornings, playing a six-note tune on his harmonica. His broad shoulders and the remnants of delicate bone structure under the deeply creased skin of his face. Dignity.

“Obviously, that’s all part of it.” He sounded impatient now. “The point is to break the barrier to make everyone see that other kinds of social contracts are possible. Dissolve the misguided fallout of political correctness. Even if it’s just on the weekends at first, over time you can change how you behave. If you condition an emotional response, eventually it should happen, even without the supplement.”

“Pharmacological utopia,” she spat out, in spite of herself, feeling that she was about to veer off course. She had to keep things intellectual, not personal. She couldn’t help it.

Louis was quiet. Breathing. He shifted on the white leather, maybe partially sitting up. “It’s a start. Do you have a better idea for how to change things?”

Copyright © 2019 by Elvia Wilk, from Oval. Excerpted by permission of Soft Skull Press. 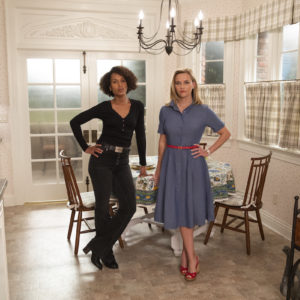