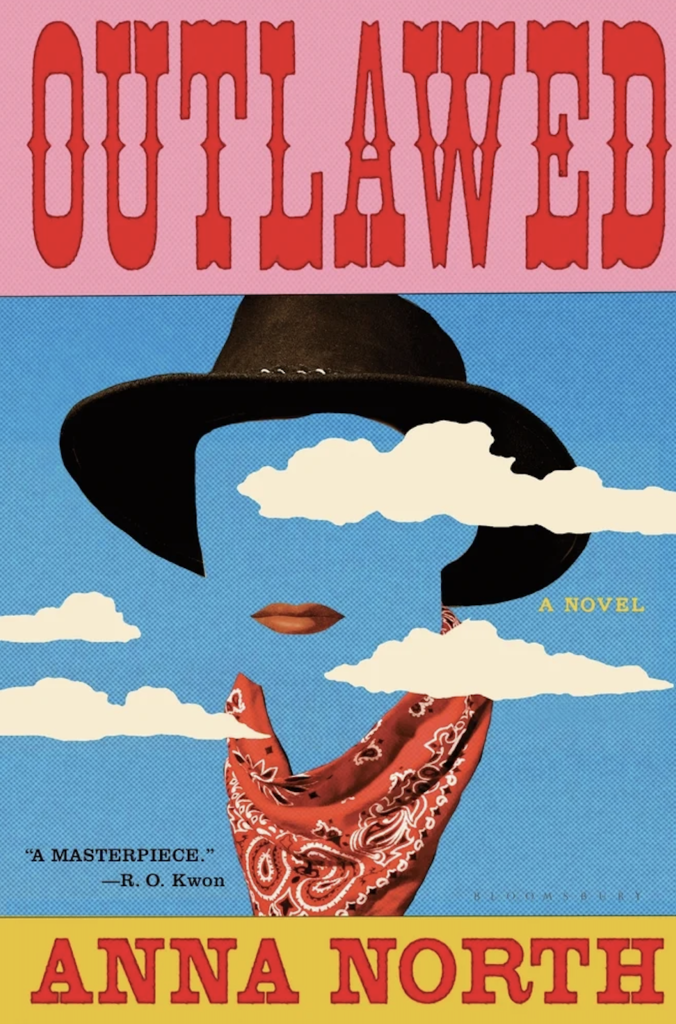 The following is excerpted from Anna North's latest novel, Outlawed, a saga about the search for hope in the wake of death and for truth in a climate of small-mindedness and fear. North is the author of two previous novels, including The Life and Death of Sophie Stark, which received a 2016 Lambda Literary Award. She has been a writer and editor at Jezebel, BuzzFeed, Salon, and the New York Times, and is now a senior reporter at Vox. She grew up in Los Angeles and lives in Brooklyn.

In the year of our Lord 1894, I became an outlaw. Like a lot of things, it didn’t happen all at once.

First I had to get married. I felt lucky on the day of my wedding dance. At 17 I wasn’t the first girl in my class to marry, but I was one of them, and my husband was a handsome boy from a good family — he had three siblings, like me, and his mama was one of seven. Did I love him? We used to say we loved our beaus, my girlfriends and I — I remember spending hours talking about his broad shoulders, his awkward but charming dancing, the bashful way he always said my name.

The first few months of my marriage were sweet ones. My husband and I were hungry for each other all the time. In ninth form, when the girls and boys were separated to prepare us for married life, Mrs. Spencer had explained to us that it would be our duty to lie with our husbands regularly so that we could have children for baby Jesus. We already knew about the children part. We had read Burton’s Lessons of the Infant Jesus Christ every year since third form, so we had heard about how God sent the great Flu to cleanse the world of evil, just like he’d sent the flood so many centuries before. We knew that baby Jesus had appeared to Mary of Texarkana after the sickness had killed nine of every ten men, women, and children from Boston to California, and struck a covenant with her: if those who remained were fruitful and peopled the world in His image, He would spare them further sickness, and they and their descendants for ever after would be precious to Him.

“Don’t worry,” she said, then, smiling at us. “It only hurts in the beginning. After a while you’ll start to like it. There’s nothing more joyful than two people joining together to make a child.”

My husband did not know what to do at first, but he took his responsibility seriously, and what he lacked in experience he made up in ardor. We lived with his parents while he saved for a house; in the mornings his mother made little jokes about how soon I’d be eating for two.

During the day I still attended births with my mama. I was the oldest and the only one who actually wanted to learn about breach births and morning sickness and childbed fever, so I was the one who would take over for Mama when she got too old. When I came on rounds with my new wedding ring, the mothers-to-be winked and teased me.

The first few months of my marriage were sweet ones. My husband and I were hungry for each other all the time.

“It’s good you’re learning about all this now,” said Alma Bunting, forty years old, pregnant with her sixth child and suffering from hemorrhoids. “Then you won’t be surprised when it’s your turn.”

I just laughed. I was not like my friend Ulla, who already had eight baby names picked out, four boys and four girls. When I was ten and my sister Bee was two months old, my mama had gone to bed and stayed there for a year. So already I had been a mama — I had changed a baby, fed her from a bottle when Mama couldn’t nurse, soothed her at night when I was still young enough to be afraid of the dark. I was not in a rush to do it again. I knew from working with Mama that sometimes it can take months, even for a young girl like me, and I was happy to sleep with my new husband and still sneak off sometimes to drink blackberry wine behind the Petersens’ barn with Ulla and Susie and Mary Alice, and not have to worry about anyone except for me.

But then it was six months since our wedding day, and my husband’s mama was lingering in the kitchen while I put the breakfast dishes away.

“You know,” she said, “after you do it, you can’t just get right up and go about your day. You have to lie still for at least fifteen minutes to give everything time to work.”

She had a way of talking to me like we were girls the same age gossiping after school, but this wasn’t gossip and we weren’t friends. I kept my voice light and happy.

“Mama says that doesn’t matter so much,” I said. “She says the most important thing is the time of month. That’s why I always mark my calendar.”

“Your mama’s a very smart woman,” she said. She had never liked my mama. “But sometimes every little bit helps.”

She took the tea cups from my hands.

“I’ll finish this,” she said. “You get ready for your work.”

I didn’t take my mother-in-law’s advice — I’d never liked lazing around in bed. But I started taking my temperature every day so I’d know exactly when my fertile time was coming. Still I didn’t worry — Mama had said it took her eight months to get pregnant with me, and my daddy almost left her, but after that Janie and Jessamine and Bee were easy. My husband made fun of his mother when we were alone — he said she meddled so much in his older brother’s marriage that his sister-in-law banned her from their house. Six more months we were happy and then it was a year.

“There’s only one thing to do now,” my mama said. “You’ll have to sleep with someone else.”

Half the time, she explained, the man was the one who was barren.

I knew from Mama that there was no such thing as curses and that sometimes the body simply went wrong all on its own, but I had never heard of a man being barren before.

This shocked me. Mrs. Spencer had taught us that the most common reason for failing to conceive a child was not lying with one’s husband often enough, and the second was forgetting one’s prayers. If a woman did her duty by her husband and baby Jesus and still did not become pregnant, then most likely she had been cursed by a witch — usually a woman who, barren herself, wanted to infect others with her malady.

I knew from Mama that there was no such thing as curses and that sometimes the body simply went wrong all on its own, but I had never heard of a man being barren before. When Maisie Carter and her husband couldn’t have a baby, it was Maisie who got kicked out of the house and had to live down by the river with the tinkers and the drunks. When Lucy McGarry didn’t get pregnant her family took her back in, but when two of her neighbors miscarried the same summer, everyone looked to Lucy for the cause. I was eleven when she was hanged for a witch. I had not yet started going on rounds with Mama; I had never seen a person die. It terrified me, not the violence of it but the swiftness, how one moment Lucy was standing on the platform and the next she was dangling limp below it. I tried to imagine it myself: what it would be to see and think and feel and then suddenly plunge into blackness — more than blackness, into nothingness. It kept me awake that night and for many nights after, the dread of it. But at the gallows I cheered with everyone else; only Mama did not cheer.

“I don’t want to sleep with someone else,” I said. “Can’t we just try a little longer?”

“People are already starting to gossip,” she said. “My patients are asking me if you’re pregnant yet.”

She would find someone for me, she said. There were men who did this for money, men whose virility was proven and who knew how to keep a secret. When it was the right time of month, I’d meet with one of them during the day for a few days running. 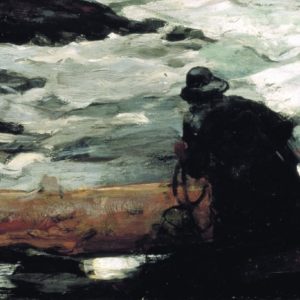 Martin Eden by Jack London, Read by Edoardo Ballerini Every Monday through Friday, AudioFile’s editors recommend the best in audiobook listening. We keep our daily episodes...
© LitHub
Back to top