Our Solar System is Built From Fire and Ice

Natalie Starkey on the Mysteries of Space Volcanoes!

Like many of you, when I first studied the planets, it was accepted that there were nine of them. Pluto was still classed as a fully fledged planet, yet we only had a very blurred image of its surface and knew even less about what went on there. I was school age at the time the world started learning in more detail about the planets in the outer Solar System, including their many and varied moons. This was because we were in the process of visiting them with spacecraft for the first time and analyzing the data being returned. What was found was completely unexpected. None of the places that our spacecraft visited and observed looked and behaved as we’d imagined. These places were worlds in their own right, with active surfaces being the norm, and the concept of completely barren, lifeless planets became more and more unlikely.

I’ve always been fascinated by the planetary objects that orbit closest to the Sun, the so-called terrestrial, or rocky, planets: Mercury, Venus and Mars, and our only natural satellite, the Moon. In terms of distance they are close to Earth, but these objects are also close to our planet in many other ways, being made of the same rocky starting materials and hosting similar-looking features on their surfaces, such as mountains and valleys. I was always amazed that these worlds once hosted volcanoes that were just like some of those we have on Earth today; they had erupted hot, molten rock that reformed their surfaces.

This is the case even for the Moon, which today is an apparently dead or dormant grey rock. Yet, while we’ve explored the Moon in some detail with spacecraft, including landers and orbiters, and we’ve even sent humans there, the idea of humans investigating the other rocky planets is still some time in the future, if it ever happens. These objects might be close to us, but the conditions that exist on their surfaces, whether extremes of pressure or temperature, make the prospect of exploring them very challenging.

This brings me to the objects beyond the inner Solar System, the so-called gas and ice giants of the outer Solar System: Jupiter, Saturn, Uranus and Neptune, and the many moons that surround them. These enormous planets are nothing like our own; they don’t have solid surfaces for us to land upon even if we managed to design a craft that could withstand the extreme conditions of such worlds.

Some of the most important missions for improving our understanding of these places were the un-crewed Voyager spacecraft that ventured out as part of NASA’s so-called “Grand Tour of the Solar System.” Voyager 2 launched just a few weeks ahead of Voyager 1 in 1977, and because they were sent on different trajectories, Voyager 1 reached its target first. They explored Jupiter and Saturn initially, before the missions were extended to take in Uranus and Neptune as well. Today, they continue their journey into the unknown, exploring the region beyond our planets and at the outer limits of the Sun’s sphere of influence. They are currently the most distant human-made objects from Earth.

The two Voyager spacecraft beamed back images of planets and moons of which we knew very little, such were the huge distances of these objects from our own planet. To date, they also remain the only spacecraft to have visited Uranus and Neptune. Despite the fleeting fly-bys provided by the Voyager spacecraft, their visits gave us a vast insight into what these places look like and how they behave, with some surprising revelations. As Voyager swung by the largest planetary bodies in our Solar System, finding out, for example, that Jupiter’s Great Red Spot was a complex raging storm, we found that our planet was not the only one with an interesting, and long, story to tell.

Voyager discovered new moons that we hadn’t even known existed; it recorded the temperatures of the planets; it made measurements of them, including the phenomenally thin rings of Saturn. But most exciting of all was the discovery that our planet is not alone in housing active volcanoes. The Voyager craft observed eruptions occurring on Io, one of Jupiter’s moons. In fact, between the two Voyager spacecraft, nine eruptions were seen, and it is thought that others occurred in between the two fly-bys.

Io is a planetary body seemingly so unlike our own. It sits next to Jupiter and its daily existence is seriously influenced by this behemoth of the Solar System. Yet, despite this, Io shows similarities to our own planet. As far as we know, it is the only body in the outer Solar System to erupt molten rock.

These moons are just as interesting as the large planets that they orbit, revealing other pieces of the multifaceted and complicated Solar System story.

Of course, scientists already knew about the existence of many of these moons, as they could see them with telescopes from Earth. As early as 1610, Galileo Galilei saw a pinpoint of light in the sky, and discovered the first moon orbiting another planet. This was Io, orbiting Jupiter, which was originally named Jupiter 1. Its discovery, and that of the other Galilean moons, led to the understanding that planets in the Solar System orbit the Sun, rather than everything revolving around Earth. However, because of their small size and great distance from us, relatively little was known about their surfaces and, in particular, the fact that they were active. The exciting thing is, in many ways, these moons are just as interesting as the large planets that they orbit, revealing other pieces of the multifaceted and complicated Solar System story.

Although we were learning that Earth is not the only place in the Solar System to host hot, active volcanoes, we certainly weren’t expecting to find volcanoes on the surface of the icy worlds. Yet, along with all the other phenomenal images that were beamed back by Voyager, there were some scientific gems of information that remained hidden for a few more decades. One of these was the fact that Enceladus, the sixth-largest moon of Saturn and a distinctly icy place, was volcanically active, but not in the sense that we would consider “normal.” What Voyager did reveal straight away was a “fresh” surface, one that was apparently geologically active. Enceladus’ surface was scarred with very few impact craters, instead displaying faults and valleys. These landscapes hinted to scientists that this icy world had an interesting story to tell, one that looked as if Enceladus had been geologically active in the relatively recent past.

However, proof of this assumption didn’t come for another 30 years, in 2005, when Enceladus was revisited by NASA’s Cassini spacecraft, which had set out to explore the environs of Saturn and its many moons. Cassini discovered so much about the Saturnian system, far too much to be covered here. But something I do want to mention that is of most relevance to the topic of this book, is the icy plume activity of Enceladus. Cassini captured images of geyser-like jets of icy particles being pumped from Enceladus’ south polar region. This was proof that this little moon is active today, releasing substances from its interior out into space. Once this was discovered, the images that Voyager had captured decades earlier were re-examined and re-processed, revealing that Enceladus’ plumes were also active then, they just hadn’t made themselves so obvious in the images and data returned at the time (you had to be looking for them to know they were there). So Enceladus’ geyser activity was not a sporadic, fleeting feature, but one that seemed to have been active over a much longer period.

The small size of Enceladus had scientists completely fooled. What they expected was a dead world, one that had long been frozen solid, but while Enceladus’ surface is indeed covered by ice, the presence of icy plumes emanating from within it strongly hinted at the presence of a liquid ocean beneath its cold, solid carapace. This meant that Enceladus, despite its extreme distance from the Sun, retained some internal heat; enough in fact to heat a subsurface ocean. Once again, scientists were learning to expect the unexpected. We’ll focus on Enceladus in a few other chapters in this book because it is an important icy world that has a lot to teach us about volcanic activity beyond our own planet.

For now, we should consider the implications of this particular mix of features:

-the presence of liquid water;
-a source of heat;
-the resultant movements of material from the inside to the outside of the moon

The combination of these factors means that Enceladus has the potential to host life. Yet life at this great distance from the Sun was traditionally thought to be impossible, the location being so far removed from the so-called “habitable zone” where Venus, Earth and Mars are found, which is not too close and not too far from the Sun. These new findings on Enceladus awakened the possibility that we weren’t alone in the Solar System. Those little green aliens on Mars that I’d heard about when I was a child were going to need to move to a new home a bit further afield, possibly around Jupiter or Saturn.

In 2015, nearly 40 years after the Voyager spacecraft revealed the true beauty of the large planets and their satellites that share the space around our Sun, the New Horizons mission arrived at Pluto. It had never been visited by Voyager or any other spacecraft. Pluto sits within the Kuiper Belt, a region of our Solar System beyond the orbits of the planets that hosts millions of small icy objects. Pluto is often referred to as the “King of the Kuiper Belt” because of its larger size in comparison to the objects surrounding it, but in reality it should share this title with a number of other large objects that have been discovered in the region in more recent years. Nevertheless, what was revealed at this most far-flung of former planets was another active world, which was potentially even volcanic, yet it was a space object that had long been thought of as not much more than a dead lump of ice.

To this day, Pluto provides a conundrum for scientists. How is activity possible this far from the Sun? Where do icy worlds such as Pluto manage to find their heat? There is still much to learn about Pluto and the many other icy worlds that surround it. Discovering more about these places will be best achieved with future missions that can spend an extended time at such locations, using orbiters and landers to explore their surfaces in detail. These missions will build on the fleeting, yet wholly revealing fly-bys of craft such as Voyager and New Horizons, which paved the way and revealed the true nature of our active and evolving Solar System. 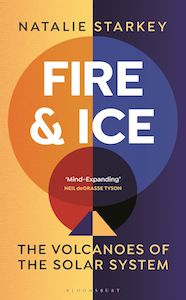 Excerpted from Fire and Ice: The Volcanoes of the Solar System. Used with the permission of the publisher, Bloomsbury SIGMA. Copyright © 2021 by Natalie Starkey.

Natalie Starkey is a geologist and cosmochemist. Following a PhD at Edinburgh University studying the geochemistry of Arctic volcanoes, Natalie’s post-doctoral work at The Open University shifted her research focus to comet and asteroid samples. Her writing includes numerous articles for the Guardian, and she is a regular contributor to The Conversation website.

Against Certainty: Melissa Broder on the Intellectual Freedom of Poetry

New and Noteworthy Nonfiction to Read This October 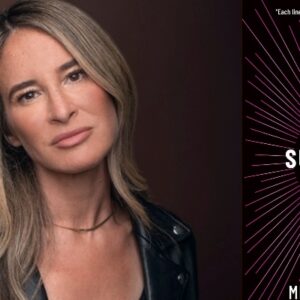 Against Certainty: Melissa Broder on the Intellectual Freedom of Poetry

This week on The Maris Review, Melissa Broder joins Maris Kreizman to discuss her new poetry collection, Superdoom, out now from...
© LitHub
Back to top
Loading Comments...